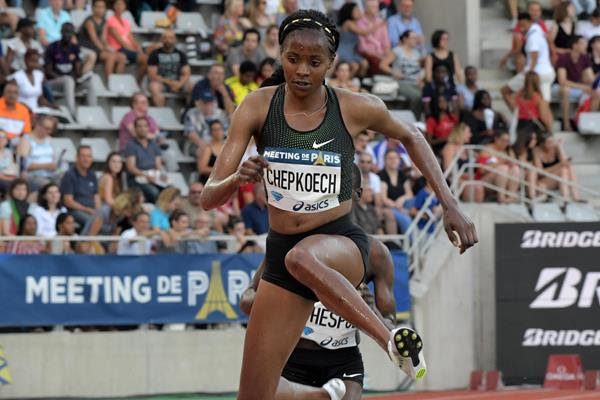 Beatrice Chepkoech broke the world record* to win the 3000m steeplechase at the Herculis meeting on Friday (20), clocking 8:44.32 at the IAAF Diamond League meeting in Monaco.

Chepkoech, who finished fourth at the 2016 Olympic Games and at the 2017 World Championships, held the previous world-leading mark with her 8:59.36 clocking at the IAAF Diamond League meeting in Paris.