Home Latest News Bolt to lead All-Stars ‘like a boss’ 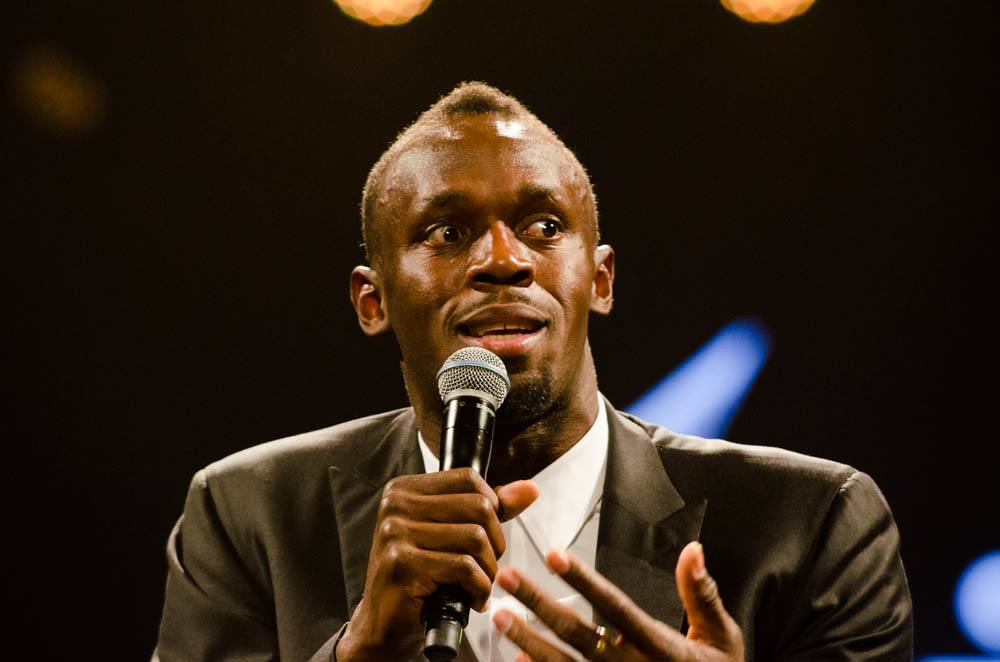 The stage at Lakeside Stadium is set and the fastest man in the world, Usain Bolt, is ready to lead his All-Stars to victory in the inaugural Coles Nitro Athletics Melbourne series, which begins Saturday, 4 February.

Five other teams representing Australia, England, New Zealand, Japan and China will be squaring off across three nights of track and field that will generate non-stop entertainment.

Tickets still remain for the opening night with seats in the Northern Grandstand from $35.

A mixture of traditional and modified events will decide the winning team and the Jamaican sprint king is determined to make sure he wins the first edition of the series.

“Like a Boss,” he replied at the gala dinner when asked how he would captain the Bolt All-Stars.

“Haha definitely as a winner, so I’m going to try and instil that in my team, I mean I have a great team so I expect nothing but the best from them.

“But I’m also going to tell them to have lots of fun and just go out there and give their best.

“I think personally it’s a great idea and that’s why I want to be a part of it and when John Steffensen came to me and said, listen we want to do this, I said, John, you know I’ve been saying this all my life.

There will be 12 events each night with points awarded in each from 100 points for first to 40 points for sixth place – the ladder position of each team after night one and two will determine seeding for the final.

Amongst that you can add in Nitro power plays, turbo charges and false start penalties and you have a night of athletics like you have never seen before.

The power plays were drawn by the team captains at a press conference at Crown on Friday afternoon with Australia receiving the 4x100m relay and Bolt All-Stars picking out long jump.

China will receive double points for javelin, England in the 60m, Japan the ambulant 100m while New Zealand captain Matthew Wyatt pulled the medley relay out of the bowl.

“You know hats off to you guys for being brave enough to step out of the box that athletics has found itself in for donkey’s years.

“It’s such a great idea and I was saying that I usually do Penn Relays in America and I love it because it’s competition and there’s a fun element and I honestly think it will be a success because the athletes are looking forward to it.

Events include an elimination mile, target javelin, mixed medley relays, a three-minute distance challenge and the highly-anticipated hurdles relay along the back straight.

Tactics will come into play, particularly in the elimination mile where six competitors start and just three finish with the slowest runner in each of the first three laps eliminated, leaving three runners to contest the final lap.

“Honestly, I’m really excited to see how it all plays out because there has been so much hype about it and so much talk,” Team Australia co-captain Genevieve LaCaze said about the series.

“I’ve got family and people coming down from Queensland to watch that are really excited about it.

“The most interesting event will be the elimination mile because I can’t fathom how that’s going to play out.”

Former 100m world record holder Asafa Powell is more than happy to be in Melbourne again and doing what he can to help the sport find a fresh angle, but he drew the line at running further than normal.

“You know if the captain says we have to do a 300 we’re going to fight on the track, a serious fight… but I’m looking forward to it I think,” Powell laughed after a training session at Lakeside Stadium.

“The captain will make a few jokes and try to get me to run the 300 but like I said we’re going to have a tug-of-war or something out there about it.

“He will organise it quite well because we need to win and you guys know how he loves to win already so it should a real team effort and he has put some good guys together.”

The action on the field starts at 7pm on February 4, 9 and 11 at Lakeside Stadium with plenty of pre-show entertainment and opportunities for you to get close to the stars of Nitro Athletics.

Coles Nitro Athletics Melbourne is supported by the Victorian Government and will be broadcast on Channel 7, 7mate and PLUS7 Live app.