The English Edition of a biography by Andreas Maier, writer and athletics journalist in Vienna, is published as an e-book on Friday, May 6 to coincide with the anniversary of Roger Bannister becoming the first to break the 4-Minute Mile at Iffley Road in Oxford, 68 years ago.

But this biography, containing much fresh material, including face to face interviews by the author and insight which gives a rounded picture of Stampfl as athletics visionary and no easy soul, reaches far beyond what remains a landmark in sporting history. It is the story of a gifted, uncompromising individual, born in Vienna in 1913 in the last days of the Austro-Hungarian empire, who overcame much of what the twentieth century flung in his path: leaving his native Vienna before the Nazis came to power, interned as an enemy alien in Britain and then in 1940 apparently  surviving a submarine attack in the north Atlantic by clinging to a spar,  deported to Australia on the infamous “Dunera” and again being interned, trying to build a new life as a professional athletics coach there before deciding to return to the UK after World War Two. 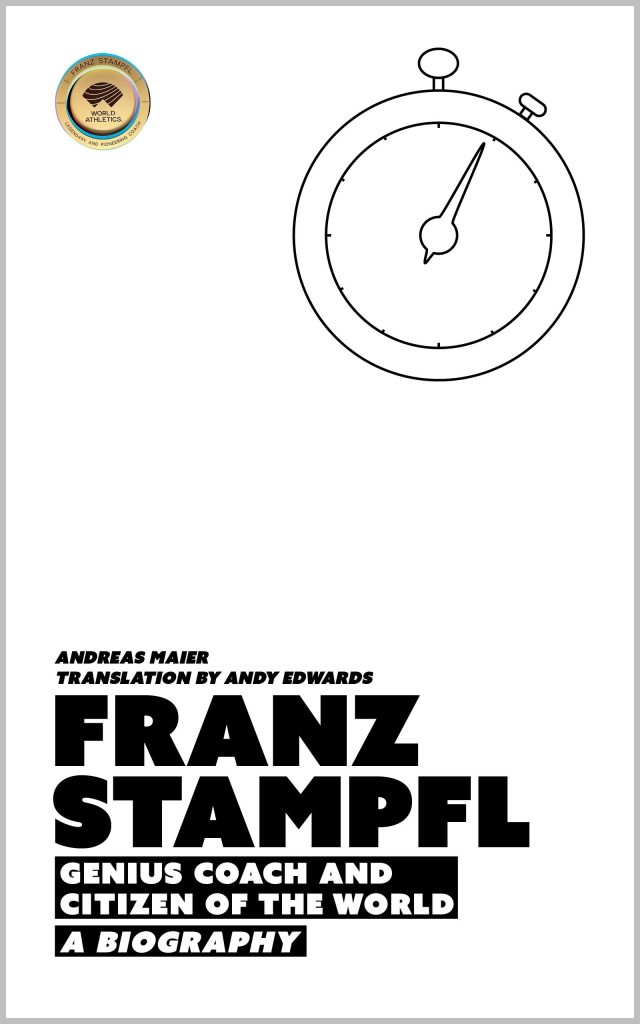 Given the totemic aspect of Roger Bannister, ably supported by Chris Brasher and Chris Chataway, in achieving athletics history on that spring day in Oxford, Franz Stampfl’s role was sometimes questioned in the then cultural climate of the amateur. The author Andreas Maier explores how this renowned trio’s relationship with the Austrian differed between each of the three Britons. Throughout the biography Maier illustrates the social context of Franz Stampfl’s path, whether it be the Lyons Tea Room on the King’s Road, Chelsea where he held court to Bannister, Brasher and Chataway in the early 1950s or Jimmy Watson’s Wine Bar beside the track where he coached at the University of Melbourne some years later. He was an innovator who guided Chris Brasher to a surprise Olympic victory in the steeplechase in Melbourne in 1956, sending him tape recordings of training advice.

More than one athlete is quoted in this biography as saying to the effect that you never discussed anything with Franz, you were only given the chance to agree with him. At the same time, many, Roger Bannister and the 1968 Olympic 800m champion Ralph Doubell of Australia included, agreed that Stampfl had the ability to “get inside your head”, to inspire and make you believe you could do just about anything. Once Stampfl and his Australian wife Patricia had settled in his new homeland, he continued to coach, his ability to inspire undimmed but also the knack of making enemies equally sharp. A notorious occasion is described where Stampfl and Australian rival  Percy Cerutty, coach to Herb Elliott, circled each other “like birds of prey” at a pre-athletics meeting reception, to the bemusement of the innocent host. 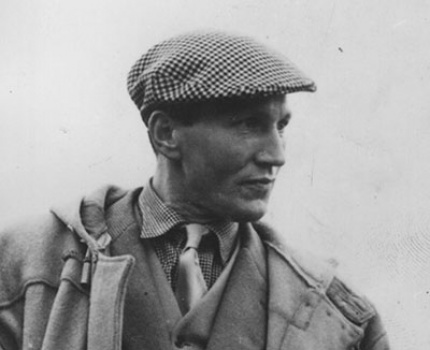 Franz Stampfl brought the keen gaze of the Vienna art school student to his coaching, painting throughout his life to the accompaniment of Bach Cantatas and compositions by Vivaldi. “Running is an art, and every runner must be thought of as an artist,” is one of his sayings. The book is a reminder that he not only coached the elite to great heights, he was among the first to encourage the running or jogging movement by starting organised morning sessions in a Melbourne Park.

Franz Stampfl’s life changed irrevocably one Friday evening in 1981 when a fellow driver hit the back of his sports car, parked at a traffic light. The 68-year-old was rendered tetraplegic, unable to move but could still speak. He lived another 14 years, even returning to his coaching duties beside the track after much torment, commenting: “I thought that as long as I could speak, I could still coach.”

Anton Stampfl, Franz’s son, made a crucial contribution to the biography with documents and personal recollections. Franz Stampfl was a force of Nature in everything he did. As a coach he was an innovator whose greatest gift was to impart visionary goals to others. His indomitable drive to persevere in desperate situations was a key factor of this ability. During his lifetime his talents were not always recognised but his achievements were marked by the award of a World Athletics Heritage Plaque in 2019. This biography by Andreas Maier presents Franz Stampfl as an unforgettable individual who had an impact on many lives.

The translation of the English Edition is by Andy Edwards, journalist and broadcaster.

Sir Roger Bannister, Professor of Neurology, former Master of Pembroke College, Oxford. The first human being to break four minutes for the mile.

“For him there was only one standard and that was world standard. The goal was never to finish second. He always said: ‘You have to go out and win.’ Our relationship was almost like father and son. Without him I would never have got to where I did.”

“He seemed to us as if he had come from another time and from another world. He was, without doubt, one of the great characters of the 20th century.”