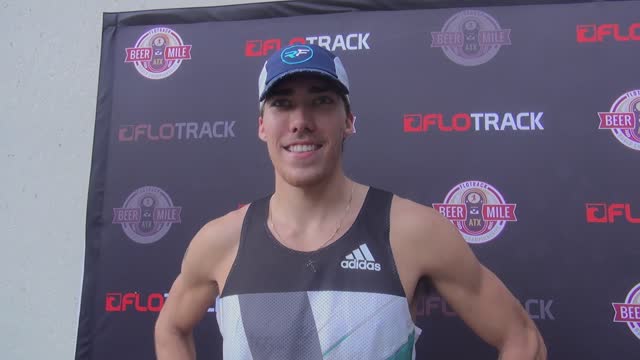 On the women’s side, American Allison Grace Morgan, crossed the line in a new world record time of 6:07.2 but was later DQ’d for having too much beer left in the four bottles. Evidently, Caitlin Batten was named the FloTrack Beer Mile World Champion because of the disqualification earning US$2,500 for the win.

Footage of both the men’s and women’s elite races below thanks to FloTrack.