Home A Column By Brett Davies Barega Upsets Ugandan Favourites In 10,000m, Pat Captures The Heart Of A... 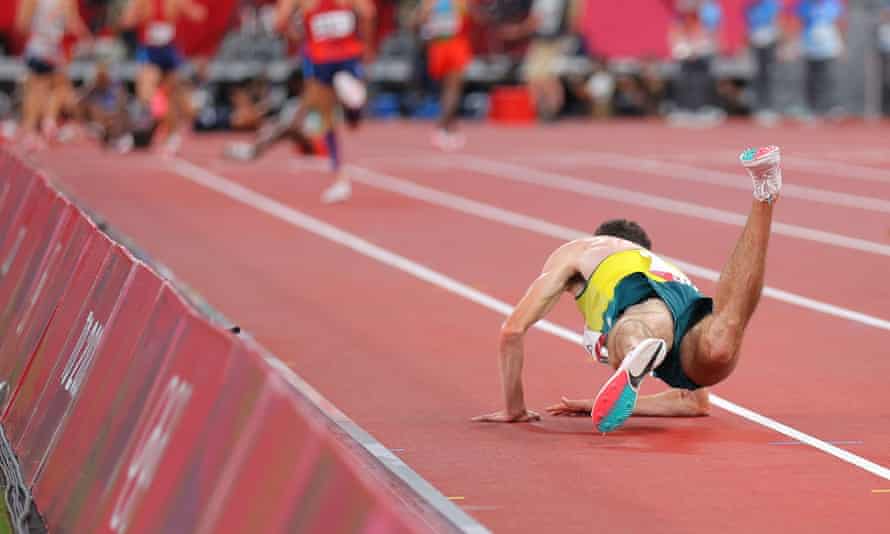 The opening day of Olympic Track and Field has seen an upset in the men’s 10,000m final by Ethiopian Selemon Barega. The 21 year-old conquered the two Ugandan stars Jacob Kiplimo and world record-holder Joshua Cheptegei with a well-judged race to carry on the tradition of Ethiopian success at the event and follow in the footsteps of his celebrated countrymen Miruts Yifter, Haile Gebrselaisse and Kenenisa Bekele.

The race was a slow, tactical affair, run in brutal conditions (27 degrees, 91% humidity). Curiously, the third-string Ugandan Stephen Kissa went into the lead and was up by 40 metres at some stages, with the pack sitting back, content to settle in and conserve energy.  Kissa went through halfway in pedestrian 14.08.6 and led well into the 7th kilometre before abruptly pulling out, apparently in the race as a designated pacemaker for Cheptegei and Kiplimo.

Rhonex Kipruto took on the pace and led until 8km (22.36.6), before Cheptegei stepped up the pace. Running an exceptional race and still well in the mix was Australian record-holder Pat Tiernan, hanging with some of the world’s greatest ever runners and holding his own.

The lead changed several times in the last 2km, with the race starting to heat up. Ethiopian Yomif Kejelcha and Kenyan Rodgers Kwemoi pressing hard, winding up the pace. Tiernan was still fighting hard, but starting to lag behind the leaders. With 500m to go, Canadian Mohammed Ahmed made a move and the race was on.

Barega accelerated hard up the back straight with 250m to go and stole a 5 metre lead on countryman Aregawi with Cheptegei and Kiplimo close by. Barega was still well in front with 150m left but the Ugandans were closing fast.

Into the straight, Cheptegei and Kiplimo were within 2 metres, but Barega had enough left to hang on and win from Cheptegei in 27.43.22. Barega had run the race of his life and, after the era of Sir Mo Farah’s dominance, returned Ethiopia to the top step of the podium.

The winning time was the slowest in since Barcelona 1992, yet the final 1km was covered in 2.25.6 and the final lap was covered in 53.9 – astonishing, given the conditions. Ethiopians have now won 6 of the last 11 men’s Olympic 10,000m titles and Barega looks likely to improve in coming years and carry on the nation’s extraordinary success.

Pat Tiernan slowed to a jog and was clearly in trouble over the last lap. It was alarming and quite gut-wrenching to see Pat hit the straight, stagger, then fall face-first onto the track. In scenes reminiscent of Jim Peters in Vancouver 1954 or Gabriela Andersen-Shiess at LA 1984, Pat staggered and weaved his way down to the finish.

With a performance that will go into Australian distance running folklore, Pat epitomised the true spirit of the Olympics, running on sheer grit alone, finally getting to the line in 28.35.06.

Pat was taken away by wheelchair and we hope he recovers soon. As distressing as it was to see, he has left us with an image of sporting courage which will be indelibly etched into the memories of everyone who witnessed his inspirational performance.