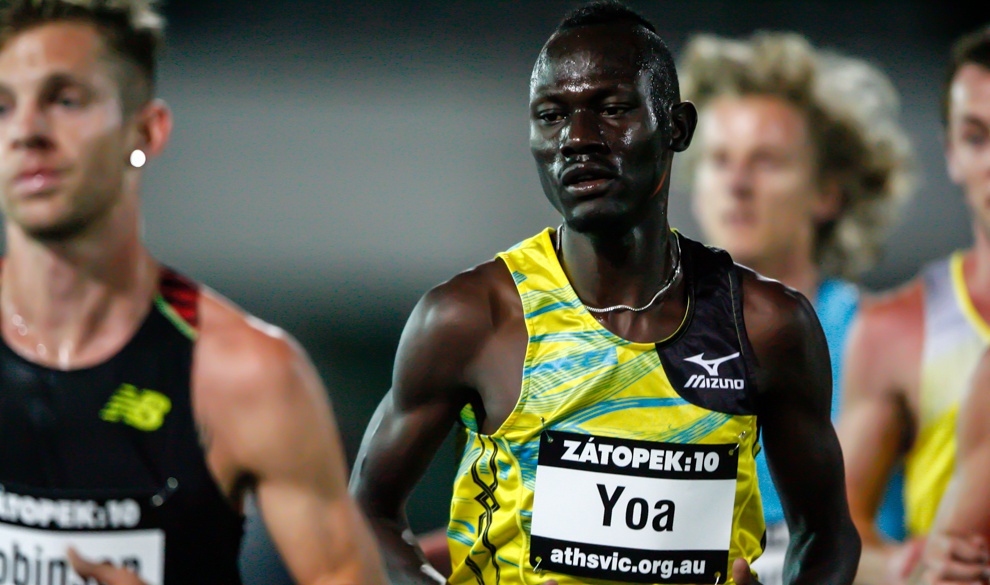 Australia’s marathon running champion will be crowned on the hallowed turf of the Melbourne Cricket Ground this Sunday 16 October, as the Medibank Melbourne Marathon plays host to the national title race.

Entry lists confirm the start of more than 80 athletes in the team based competition, with states and territories to duel for gold, silver and bronze as athletes also battle it out for a winner’s cheque of $20,000.

The Medibank Melbourne Marathon features a distinctly local feel this year, with race organisers deliberately focusing their efforts on bringing together a strong domestic field.

Set to challenge Diver for the individual crown is her ‘Big V’ teammate Virginia Moloney(Vic). Moloney qualified, but was not selected, for the Rio 2016 Olympic Games and has this year medalled in individual events at the Australian Half Marathon Championships and the City2Surf.

In the men’s race, Duer Yoa (Vic) is determined to master the 42.195km distance after winning the Gold Coast Half Marathon in a personal best time of 1:03:50 earlier this year.

Yoa is targeting a qualifying mark for the IAAF World Championships, and his efforts will be supported by Rio 2016 Olympian Liam Adams, who will set the pace for a men’s field that also includes Stephen Dineen (Vic) and Matthew Cox (NSW).

Dineen won the half marathon at the Medibank Melbourne Marathon in 2014, and is confident of a finish time quicker than 2:20:00 this weekend.

Cox has run the marathon distance on four occasions, cruising to victory at the Westlink M7 Marathon in Sydney (NSW). He also won the New South Wales Half Marathon Championships in a time of 1:06:26 and medalled at both the SMH Half Marathon and City2Surf.

The Medibank Melbourne Marathon will play host to the Australian Marathon Championships for the first time since 2012, with the elite race to commence at 7:00am.

STATE & TERRITORY TEAMS:
Team medals are awarded based on placings, with the first three finishers for each state or territory contributing to the state and territory score.