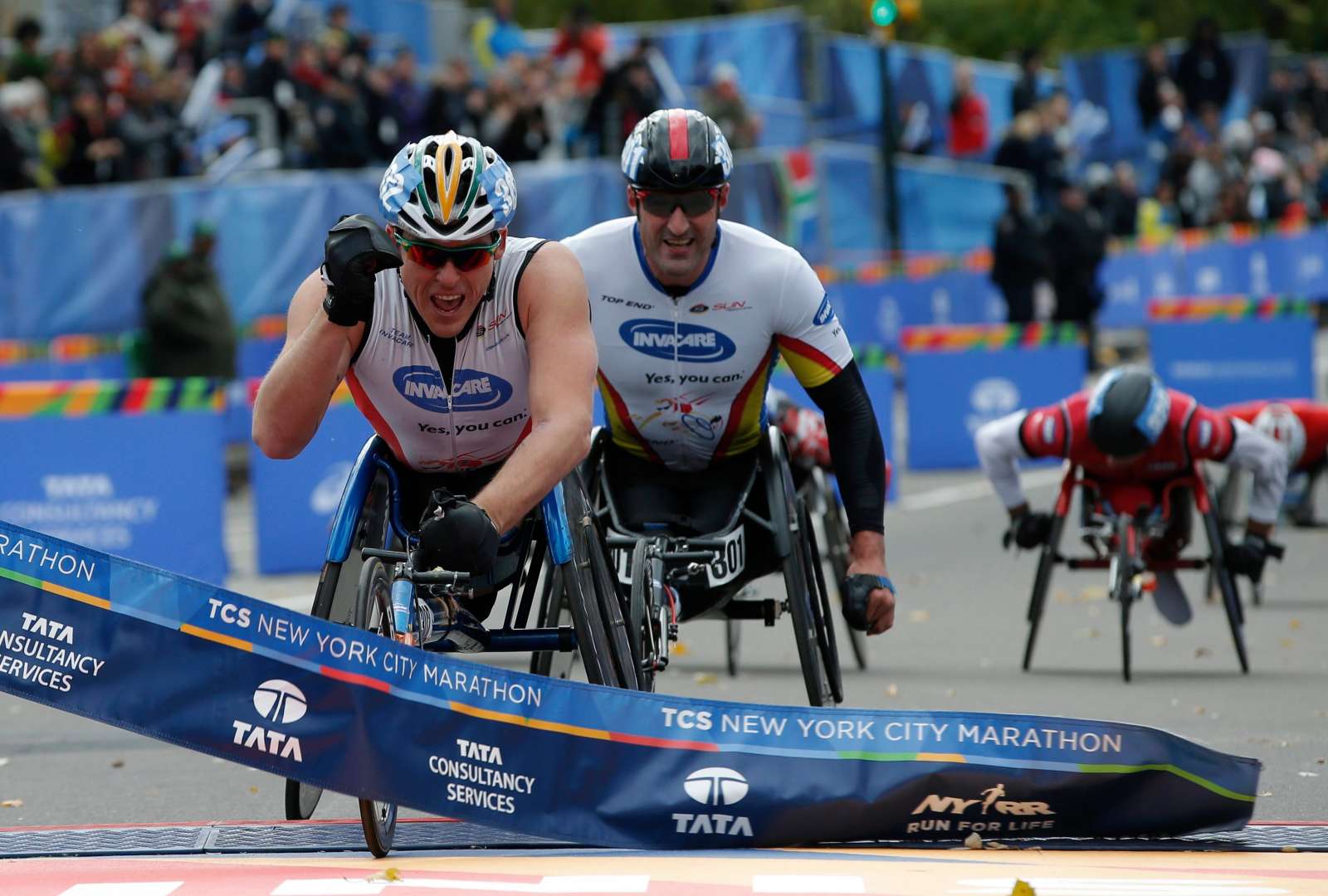 “This year’s TCS New York City Marathon professional men’s fields will provide an impressive mix of veterans and young up-and-comers,” said Peter Ciaccia, president of events for NYRR and race director of the TCS New York City Marathon. “With a long history at our races in New York, both Bernard and Kurt will be looking to add to their list of remarkable accomplishments. Bernard is ready to test out new grounds by taking on the marathon distance, and Kurt is set to go after an unmatched sixth title. Both the open and wheelchair divisions on the men’s side are chocked full of storylines, bringing international talent from every corner of the globe to the world’s largest marathon right here in the five boroughs.”

Lagat, 43, has competed at every summer Olympics on the track since the Sydney 2000 Games, winning silver and bronze over 1500 meters in 2004 and 2000, respectively, when representing Kenya. He became a U.S. citizen in 2004 and began racing for Team USA the following year. In 2007, he became the first American to win an outdoor world championship gold medal over 1500 meters, making it the first Olympic or world championship gold in the event for the U.S. at the time since 1908, and followed that up with another gold over 5000 meters. In 2012, Lagat finished fourth in the 5000-meter race at the London Olympics, crossing the line 1.33 seconds behind Mo Farah after being tripped during the race. At the Rio 2016 Olympics, he was the oldest member of the U.S. track and field team at age 41, finishing fifth in the 5000-meter final. He has 11 world championship medals to his name in the 1500, 3000, and 5000-meter distances, including five golds. He is also the American record-holder in all three distances.

Fearnley, 37, has won a record five New York City Marathon titles, including four consecutive from 2006 to 2009, and his event-record time of 1:29:22 from 2006 still stands. He has captured 13 individual medals across five Paralympic Games, including silver in the marathon and bronze in the 5000 meters at the Rio 2016 Games where he served as Australia’s co-captain. Fearnley has won two Paralympic marathon gold medals, two IPC Athletics World Championship marathon golds, and marathon races in London, Chicago, Los Angeles, Seoul, Rome, Paris, Sydney, and Port Elizabeth.

“I first competed in New York City in 2001 at the Millrose Games, and fell in love with the city on that trip. I’ve been back again and again, and now have eight Wanamaker Mile titles, five podium finishes at the Fifth Avenue Mile, and I set the U.S. 5000-meter indoor record there. A few years ago, I was able to watch the TCS New York City Marathon from one of the lead vehicles, and I knew that when I ran a marathon someday, I wanted it to be in New York. I’m so excited to return for this new challenge and hope to continue the success I’ve had there.”

“For 16 years New York City has been like a second home to me, and it’s where I’ve had some of the best races of my career. I’ve been training hard for this race in the mountains of Flagstaff with my friends Bernard (Lagat) and Juan Luis (Barrios), and we’re ready to put it all out there on November 4. May the best man win, baby.”

“Many people were surprised by my runner-up result in London in April, but I wasn’t. I am excited to run on the New York City course, where I hope I will join the names of the great Ethiopian marathon runners that came before me. My coach has a great history in New York, and he will have me ready for the course and the competition.”

“The New York City Marathon has been a highlight of my year since I got my first start in 2005. I feel incredibly privileged to have won this race five times. Those wins are a jewel in my career. I’m always excited to be back on the TCS New York City Marathon start line. With the field as strong as I have ever seen it, a sixth win will be more challenging than ever, but always in the back of my mind.”