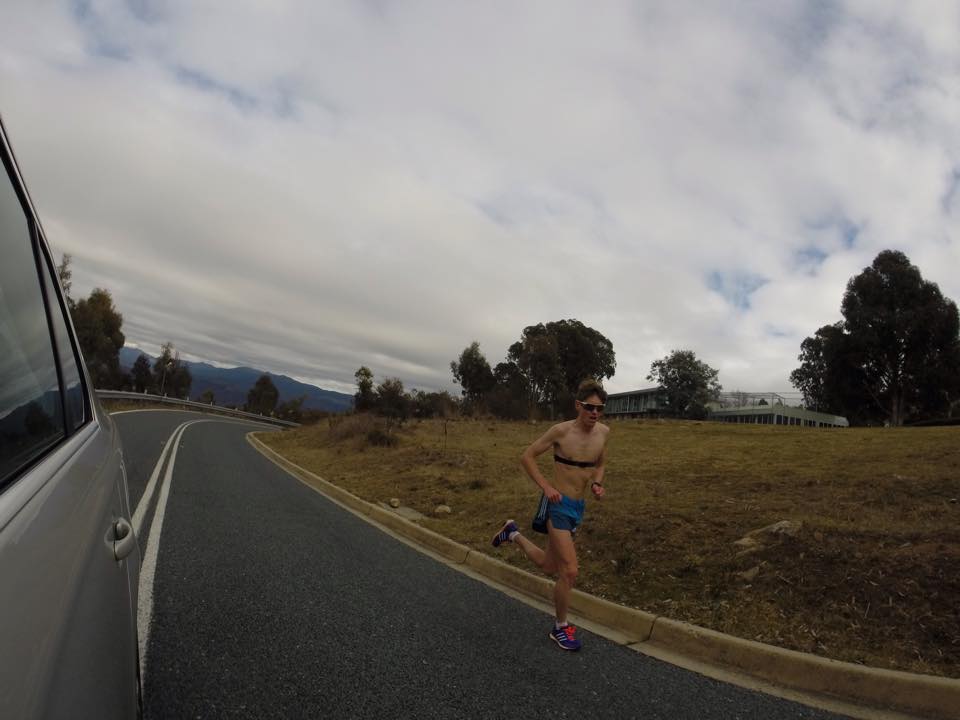 This year’s elite field includes 11 men who have run 2:07 or faster and nine women (including three Americans) who have run 2:25 or faster. Moreover, it features five of the top eight men who placed on top of the Abbott World Marathon Majors (AbbottWMM) Series XI leaderboard and two of the top seven women.

“We have put together an exciting elite field, and it should be a fast race to the top of the
podium,” said Bank of America Chicago Marathon Executive Race Director Carey Pinkowski.
“This year’s elite field is a collection of some of the best international and American athletes running on the global stage today. We are confident that they will continue the great tradition of memorable and record setting performances in Chicago.”

Dickson Chumba set his personal best, 2:04:32, in Chicago in 2014 when he finished third on a historic day that witnessed three of the top five times ever run in Chicago (Chumba is the fifth fastest runner in Chicago’s history). He came back to win in 2015 and while he tried to defend his title in 2016, he came up three seconds short, finishing second to Abel Kirui. Since he embarked on his marathon career in 2010, he has finished 17 marathons and he boasts an impressive record: five wins, five runner-ups and four third place finishes. He lines up this fall after opening his 2018 season with his second win at the Tokyo Marathon. His time, 2:05:30, was the second fastest winning time in Tokyo’s history. Chumba finished in fifth place on the AbbottWMM Series XI leaderboard.

Abel Kirui literally danced across the finish line when he won his first AbbottWMM in Chicago in 2016, defeating a strong field in a tactical race that saw erratic pace swings from 4:33 per mile to 5:24. He returned in 2017 to defend his title, but he failed to match Galen Rupp’s kick at the end. Kirui consistently performs well in both tactical and paced races; he finished fourth in London to commence his 2018 season, and he owns a personal best of 2:05:04. Kirui also stands out as one of the most decorated athletes in the field – he took home a silver medal in the marathon at the 2012 London Olympics and he won both the 2009 and 2011 IAAF World Marathon Championships.

Mosinet Geremew (ETH) and Birhanu Legese (ETH) bring both youth and speed to a competitive international field. Geremew started 2018 with a bang, breaking the course record in Dubai and posting a fresh personal best, 2:04:00. He has run south of the hour mark four times in the half marathon, and he is a four-time winner of the Yangzhou Jianzhen International Half Marathon. Chicago marks his second shot at competing in an AbbottWMM (and just his fourth go at 42K). He lined up last fall in Berlin and ran away with an impressive third place finish. Legese, the youngest athlete in this year’s elite field, opened the year by making his marathon debut in Dubai, finishing sixth in a swift 2:04:15. Prior to moving up in distance, he specialized in the half marathon, winning titles in New Delhi (twice), Berlin and the United Arab Emirates. He holds a personal best in the half of 59:20.

Kenneth Kipkemoi (KEN), Paul Lonyangata (KEN), Geoffrey Kirui (KEN), Bedan Karoki (KEN), Stephen Sambu (KEN) and Augustine Choge (KEN) continue the marathon’s tradition of welcoming strong athletes from Kenya to the windy city. Kipkemoi boasts the 25th fastest time in history over the half marathon distance, 59:01, and he started 2018 with a successful marathon debut, running 2:05:44 to win the Rotterdam Marathon. He has represented Kenya in both the half marathon and the 10,000m at the IAAF World Championships.

Lonyangata just missed a spot in the top three in Chicago in 2016, coming home in fourth after enduring uneven pace swings. He set his personal best, 2:06:10, while winning the 2017 Paris Marathon, and he welcomed 2018 by becoming the first back-to-back winner of the Paris Marathon in nearly two decades. Geoffrey Kirui experienced a significant career breakthrough when he won the laurel wreath at the 2017 Boston Marathon, shaking off American Galen Rupp in the 24th mile to cruise home to victory. That win set him up for what happened next: he took the crown at the 2017 IAAF World Marathon Championships. Kirui returned to Boston this spring to defend his title, but he failed to match the strides of a hard charging Yuki Kawauchi and he was forced to settle for second. October marks Kirui’s second attempt in Chicago – he made his marathon debut here in 2014, but he dropped out of the race.

Karoki, a two-time Olympian in the 10,000m, is an exciting athlete who made his marathon
debut in 2017. Prior to jumping to the marathon, he spent nearly a decade polishing his speed on the track, representing Kenya three times in the 10,000m at the IAAF World Championships. He made a splash this winter when he won the Ras Al Khaimah International Half Marathon in a blistering 58:42, making him the fourth fastest man in history in the half (with the fifth fastest time). He finished second at the 2016 IAAF World Half Marathon Championships, and he has finished third and fifth at the London Marathon in 2017 and 2018, respectively.

As a four-time winner of the Bank of America Shamrock Shuffle 8K (with three of the 14 fastest times in course history), Sambu returns to Chicago as a fan favorite. He made his marathon debut here in 2016 with a fifth place finish, and he returned in 2017 to accrue another fifth place. Sambu’s speed over shorter distances predicts a faster marathon PR. With the reintroduction of pacers into this year’s field, Sambu could finally land in the top three. Choge, a 2008 Olympian in the 1500m, has been a factor on the global stage for nearly half his life. He competed as a junior and, as a senior competitor, he has amassed an impressive resume: a world record as part of the 4x1500m Kenyan relay team, a Commonwealth Games 5000m win, a silver and bronze at the indoor IAAF World Championships, five Diamond League titles and eight Gold League wins. Choge started his transition to the roads in 2013 and he holds a personal best of 59:26 in the half. He will be making his marathon debut on October 7. Ryo Kiname (JPN) joins previously announced Kawauchi as strong contender from Japan. Kiname, racing in North America for the first time, enters Chicago with a fresh personal best and a seventh place finish from the 2018 Tokyo Marathon, 2:08:08. He has one marathon career win to his name – the Sapporo Hokkaido Marathon in 2016.

Brigid Kosgei (KEN) ran spectacularly in Chicago last fall, finishing second to Tirunesh Dibaba, arguably one of the greatest runners in history. En route to her second place finish in Chicago, she smashed her personal best, running 2:20:22. Nine weeks later, she won the Honolulu Marathon in 2:22:15, a course record by over five minutes. Kosgei recorded her first marathon finish in 2015, and she has been making waves ever since. Most recently, she finished second in London in a new PR, 2:20:13. She finished in third place on the AbbottWMM leaderboard. Roza Dereje (ETH) impressed fans in Dubai to start her 2018 season, taking down the course record and setting a three-minute PR, 2:19:17, to become the eighth fastest woman in history. She followed Dubai with another personal best, 1:07:00, and a second place finish in April at the Istanbul Half Marathon. Prior to gaining global recognition this winter, she started making a name for herself after she won the Shanghai Marathon twice in 2016 and 2017; in 2017, she posted the second fastest time, 2:22:43, in the history of the Shanghai Marathon. Dereje made her global debut in 2015 with a 2:34:02 marathon. Since then, she has run nine marathons. The Bank of America Chicago Marathon marks her first time running in an AbbottWMM.

Birhane Dibaba (ETH) took home a pair of third place finishes in Chicago in 2014 and 2015, and she arrives this fall with something only 27 women have accomplished in history: a sub 2:20 PR. Dibaba joined this exclusive club after winning the Tokyo Marathon this winter in 2:19:51. She primarily races the marathon distance, and she has finished in the top five of 13 of the 14 marathons she has run. Her compatriot, Shure Demise (ETH), is running her first Bank of America Chicago Marathon, but she has fared well on the global stage since she picked up back-to-back wins in Toronto in 2015 and 2016. She set her personal best, 2:20:59, at the 2015 Dubai Marathon. She performed well at the 2017 IAAF World Marathon Championships, finishing fifth. She opened her 2018 season with a fourth place at the Tokyo Marathon.

Yuka Ando (JPN) made headlines in 2017 (just shy of her 23rd birthday) when she clocked the fastest ever debut marathon by a Japanese woman, 2:21:36, at the Nagoya Marathon. Her debut performance also made her the fourth fastest woman in Japan’s history, and it was the fastest time by a Japanese woman since 2005. As a result, she punched her ticket to the 2017 IAAF World Marathon Championships where she finished 17th. She kicked off her 2018 season with a third place finish at the Osaka Marathon, but most of her energy this summer has been focused on the track sharpening her speed over 5000m and 10,000m.

Madai Perez (MEX) is back after a successful run in 2017. A two-time Olympian in the marathon, announced her comeback last fall with a 2:24:44 fourth place finish in Chicago. She logged this time fourteen years after she made her marathon debut in Chicago, and 11 years after she ran her still-standing personal best in Chicago, 2:22:59. She is a national champion in the 10,000m (2003, 2010) and a silver medalist in the Pan American Games Marathon, (2011); she has also represented Mexico at the IAAF World Championships in both the marathon and half
marathon.

Alexi Pappas (GRE) announced her debut on Instagram, writing “I’ve broken tape in Chicago *paced the 26.2 * I’m coming back this October * to chase what I dream to do: my MARATHON DEBUT!” Pappas, a 2016 Olympian (she holds dual Greek and American citizenship), is familiar with the energy and enthusiasm of Chicago’s running community. She won the 2015 and 2016 Bank of America Shamrock Shuffle 8K, but her first experience in Chicago was the 2014 Bank of America Chicago Marathon where she led a group of U.S. Olympic Trials hopefuls as a pacer. Pappas experienced an impressive Olympic debut performance in the 10,000m. She set the Greek national record and a new PR to finish 17th in 31:36.16.