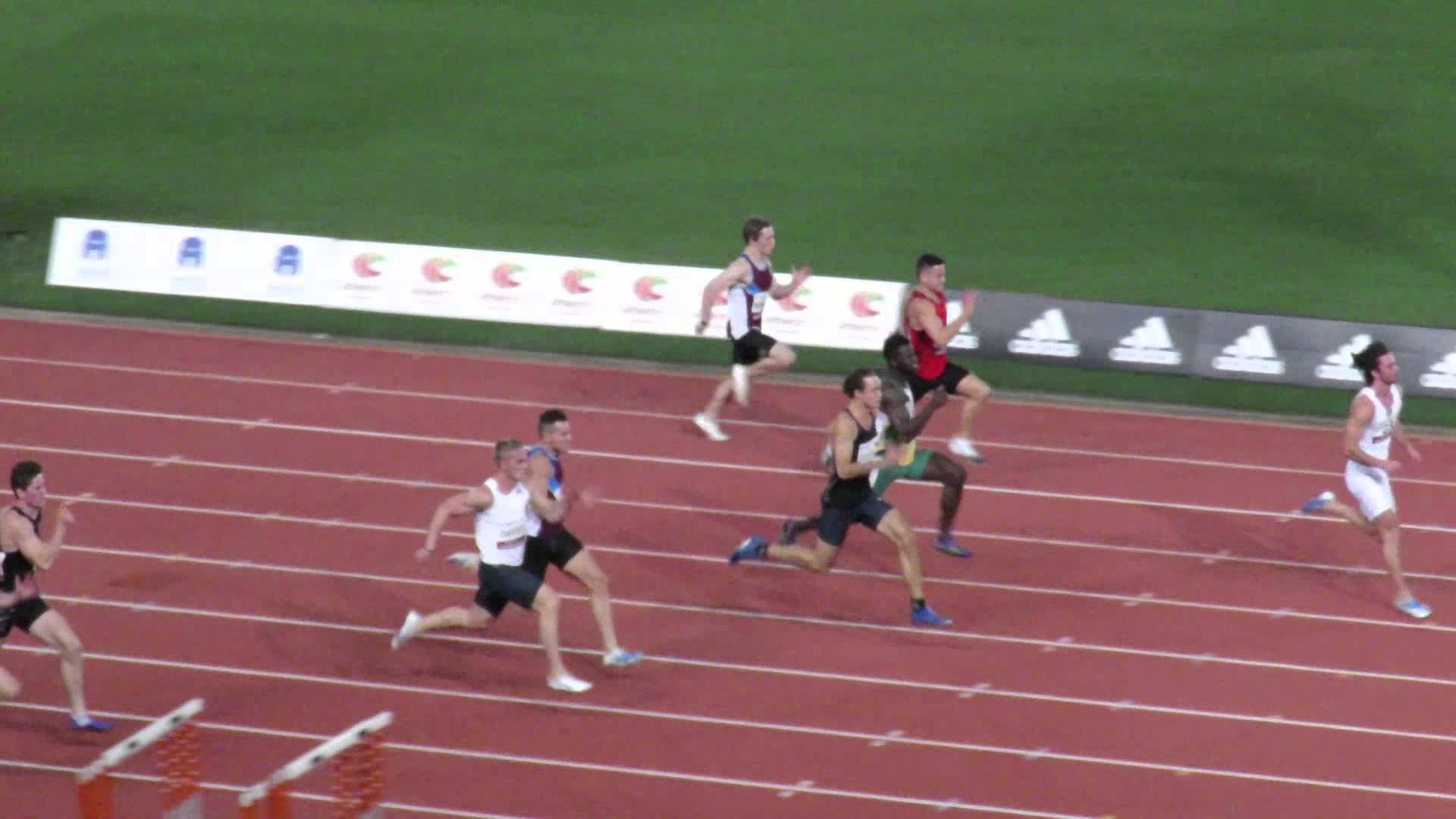 Scheduled to start in the blue-riband men’s 100m on the hunt for a qualifying time of 10.16, Clarke won his maiden short sprint national championship in 2015 before choosing to sit out the international season with a focus on preparing for a tilt at the Olympic Games.

“I’m still a young athlete and although my 10.19 to win at Nationals last year was great, I knew that it wasn’t something that would necessarily challenge at the World Championships. I didn’t want to make up the numbers and get run out in the heat so I thought it would be better to get some good training done, then focus on my bigger aspiration of making the Olympic Games,” Clarke said.

“Training was tough during the winter to get ready for now. It was the first year I’ve been able to do it because I had high school until the end of 2013 and then readied for the World Juniors the year after. It has been really beneficial. The program has had plenty of volume to make me as strong as possible and I hope I reap the rewards of the hard work.”

“The Hunter this weekend will be my first 100m and from there I am considering a race at the ACT Athletics Championships. I’ll go back to Canberra for their Track Classic, it’s going to be a sprinters meet, then it is on to my own state championships and a couple more races, perhaps over 200m, before the Australian Championships,” Clarke added.

“The aim is to get the qualifier done at home and then focus on preparing. The pressure is then off and you can do all that you can to be in the best shape for the Olympic Games. That for me is the main aim. It’s been the motivator through all my training and it will be awesome if it comes off.”

Teenage sprint sensation Jack Hale (Tas) and a returning Tim Leathart (NSW) will start alongside Clarke. Hale rounded out his Australian All-Schools Championships career with victory in December and now has his sights set on selection in both the long jump and 100m at the IAAF World Junior Championships, while Leathart starts having missed most of 2015 through injury.

Michelle Jenneke (NSW) and Nicholas Hough (NSW) will also take to the track in sprint events, lining up in the 100m hurdles and 110m hurdles respectively. Both have been selected to compete at the IAAF World Indoor Championships in Portland (USA) with results in Newcastle (NSW) this weekend providing great insight to how their preparations continue.

Mitchell opened her season with a strong 52.29, just 0.09 seconds outside the Rio 2016 qualifying mark, in Melbourne earlier this month, while Duncan and LaCaze take to the track fresh off a stint of altitude training at Falls Creek.

Patterson became the youngest ever Australian female to advance to a final at the IAAF World Championships in Beijing (CHN) last year and has the 1.94m qualifier for the Olympic Games already under her belt.

Peacock will compete at the Olympic Games for the first time if he achieves the 83.00m qualifying mark required for selection. Matthew Outzen (NSW) is arguably his biggest rival domestically and he will also take to the runway and throw at the Hunter Track Classic.

The Hunter Track Classic is the first of eight Australian Athletics Tour events in 2016.

For more information on the event, including entry lists and the meet timetable, and to purchase tickets, please click here.

For more information on the summer of athletics, please click here to visit the #SUMMERofATHS hub at athletics.com.au.