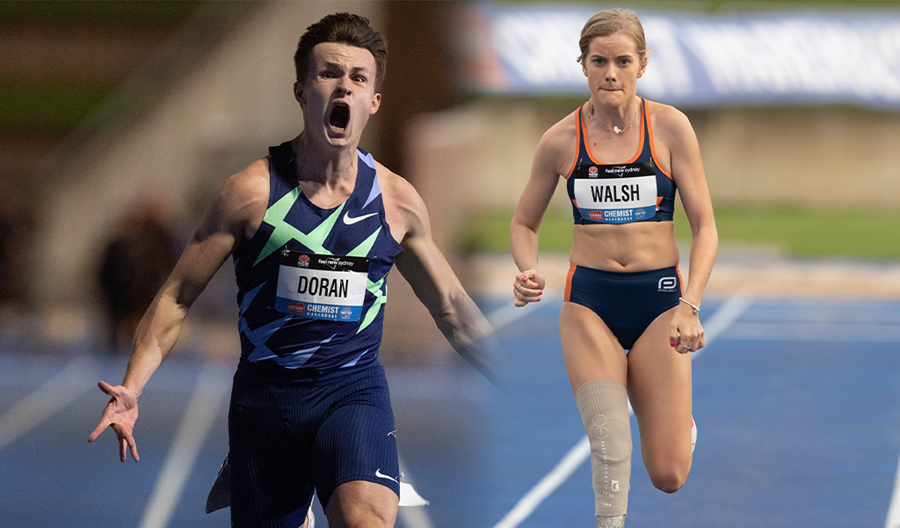 Melbourne, Australia; May 2, 2022 –   Team Australia is gearing up for its fourth of seven international Championships this year, as Athletics Australia announces its strongest ever team selected for the Oceania Athletics Championships taking place in Mackay, QLD from 7-11 June.

25 Olympians, including Tokyo top-8 finisher and Commonwealth Games gold medallist Jemima Montag, and 16 Paralympians including Commonwealth Games medal hopefuls Sarah Edmiston and Evan O’Hanlon, will headline the contingent of 335, with many using the meet as an opportunity to finesse their preparations for the Oregon 2022 World Athletics Championships and Birmingham 2022 Commonwealth Games.

Almost 200 juniors will join Australia’s elite, competing across both Under 20 and Under 18 events, as they build towards the World Under 20 Championships in Cali. For many fresh-faced Australian representatives, this will also serve as an opportunity to lay down their foundations as they work towards selection for future Australian teams.

Athletics Australia General Manager, Andrew Faichney said the team announced, as per the Athletics Australia selection policy, will be primed for tough competition, with the high scoring meet crucial in determining the Australian team travelling to Oregon and Birmingham.

“The ranking points accrued from these Championships carry over for two years, meaning that competition is set to be fiercer than ever in Mackay, as athletes look to be selected for the Australian team travelling to Oregon and begin their journey to Paris. It will also be a chance to impress selectors before the end of the Commonwealth Games qualifying period.

“We’re looking forward to seeing this mix of youth and experience put their best foot forward in what is set to be one of the most competitive meets in the region for many years.”

Two-time Olympian Steve Solomon and co-captain of the Australian athletics team in Tokyo said he was looking forward to seeing Australia’s best athletes come together in a team and competition environment before traveling to Oregon and Birmingham.

“The Oceania Championships is a fantastic way to prepare for Worlds and Commonwealth Games. We’ll have the chance to practice our race tactics through the rounds, and the congregation of some of the best athletes in the country will create a special atmosphere for the entire Australian team,” Solomon said.

As the number two ranked athlete within the Commonwealth in the discus F44, Paralympic bronze medallist Sarah Edmiston said she was thrilled to be selected for another Australian team, and one that would aid her preparations ahead of the Birmingham Games this August.

“The Oceania Championships will provide a strong competition environment and one that I will be able to get feedback on how my throwing preparations are going,” Edmiston said.

“The experience of travelling to a high level competition and being part of a team environment in the lead up to the Commonwealth Games will also be really key to my preparation.”

Team lists can be found at the links below: