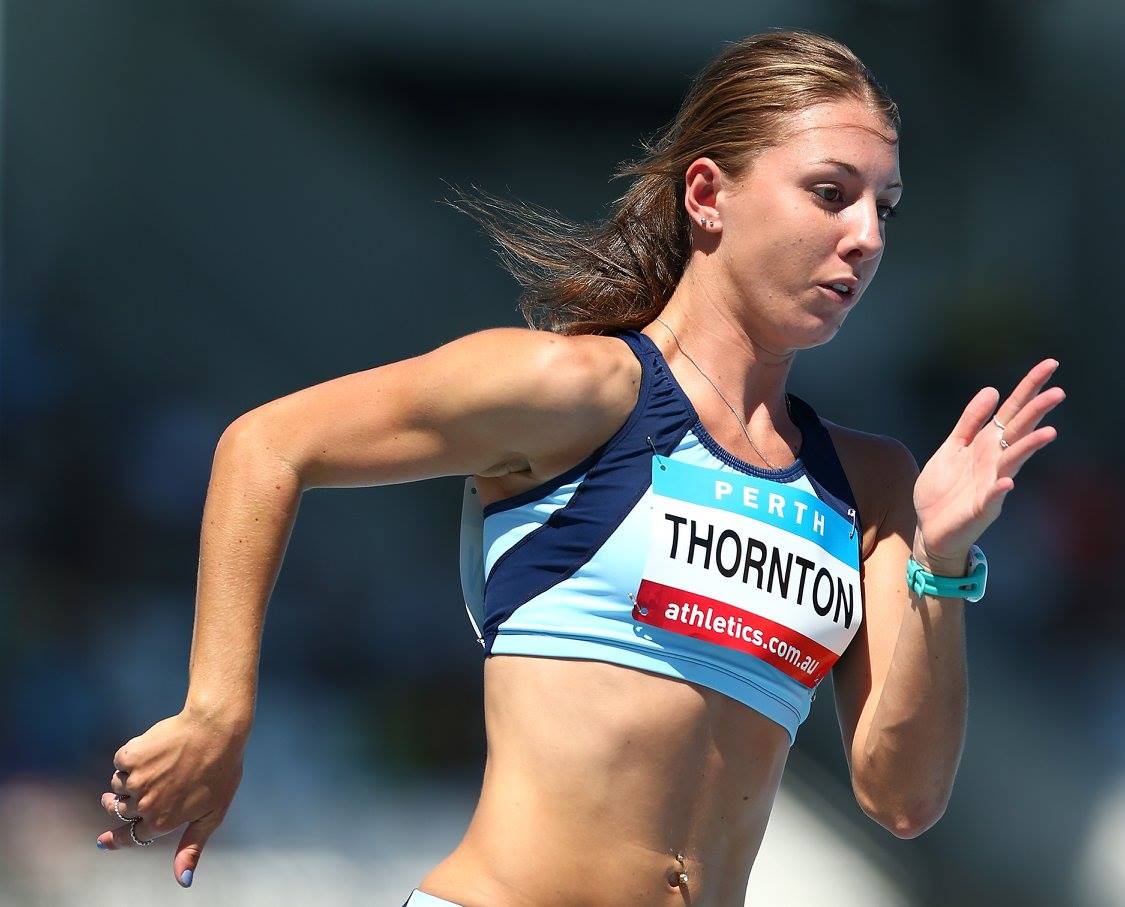 The stunning form of Trae Williams (Qld) has continued on the final day of the Australian Junior Athletics Championships, with the sprint sensation adding the national under 20 200m crown to his own medal tally.

Taking to the track less than 24 hours after breaking the Australian under 20 100m record of Matt Shirvington at the 2016 Perth Track Classic, Williams’ performance of 21.37 (w: -1.4) ensures his automatic selection in the sprint double for the IAAF World Under 20 Championships.

“I barely slept after the excitement of last night. I had a couple of hours I reckon, but I was buzzing to get back out there and jag another medal,” Williams said.

“The 100m is definitely my preferred event. I’ve loved running the 200m today, though. It’s been a great campaign.”

Coached by his father, Dan Williams, Williams has been a fixture of junior sprint finals across his career. His winning results in the 100m and 200m at Perth 2016 matches the two sprint titles he won in the boy’s under 20 events at the 2015 Australian Junior Athletics Championships. He was also the national under 18 100m champion in 2014 and last year won bronze behind Josh Clarke (NSW) in the men’s 100m at the Australian Athletics Championships.

In the women’s race, it was Jessica Thornton (NSW) that reigned supreme in 23.47 (w: -0.7). It is her second gold medal of the championships, after winning the girls under 20 400m crown earlier in the program. Thornton is a training partner of Ella Nelson (NSW), with the duo to go head-to-head at the Sydney Track Classic next weekend.

In the longer boy’s and girl’s under 20 800m finals, Lachlan Barber (Vic) and Sarah Billings (Vic) were victorious in times of 1:49.00 and 2:07.23 respectively. They will join Williams and Thornton in the green and gold at the IAAF World Under 20 Championships.

Conor Warren (WA) delivered his start with the Australian Spark in the boy’s javelin, winning the under 20 gold medal with a best mark of 72.15m. It secures his second consecutive start on the world stage after competing at the IAAF World Youth Championships last year.

The silver medal was won by Matthew Rees (NSW), with his throw of 69.20m a massive personal best and his first qualifying performance for the IAAF World Under 20 Championships. Rees lives in the Hunter Valley of New South Wales, travelling to Sydney once a week to work with his coach Ray Russell.

“I came in with a PB of 65.33m and now I head home with 69.20m, it’s pretty exciting. Plus I haven’t been throwing near that in training so I’m in a bit of shock. It’s really good to get it done so unexpectedly,” Rees said.

“It was so hot out there, my shoes were on fire. The competition today was great and it pushed me for sure. Now it’s about training as much as I can to get prepared.”

Rounding out the athletes on their way to Bydgoszcz 2016 is Alysha Burnett (NSW), after she cleared a new personal best of 1.83m to win the girls under 20 high jump final. Entering the competition at 1.74m, Burnett made light work of 1.77m, 1.79m and 1.81m, becoming the last athlete standing as the bar was raised to her winning height.

The action today concludes six days of competition at the Australian Junior Athletics Championships, with more than 1800 athletes aged under 14 to under 20 battling it out in the race for the national crown.

In an exciting sign for the strength of the Australian Spark team set to be announced for the upcoming IAAF World Under 20 Championships, 25 athletes have guaranteed their automatic selection with statistics suggesting the team will be one of the biggest to compete at the event.

Athletics Australia Selectors will meet this week to confirm the complete Australian Spark team, with the team likely to be announced on Monday 21 March 2016.

For more information on the summer of athletics, please click here.