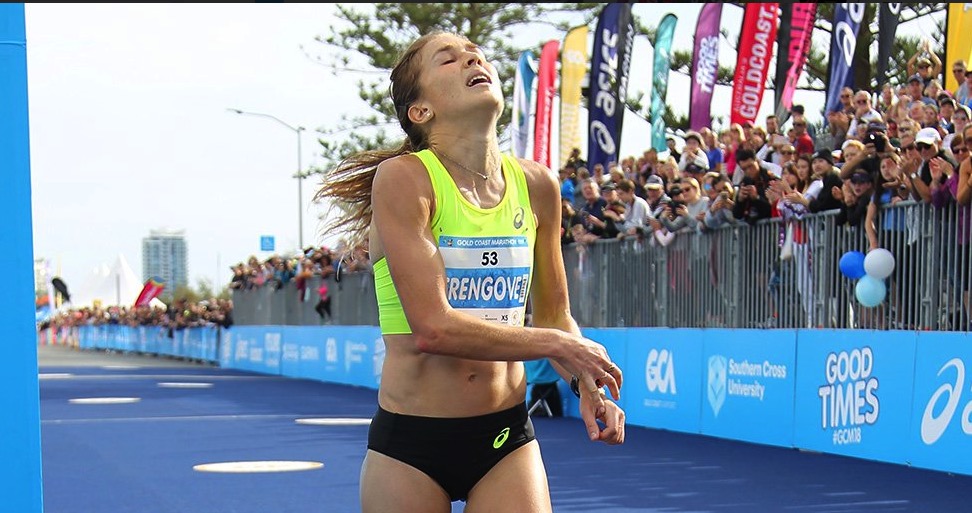 The Aussies have produced some classy performances this weekend at the 40th edition of the Gold Coast Marathon.

It was personal bests galore up in the Sunshine State, as some of Australia’s best distance stars showcased their Winter fitness.

In the Women’s marathon on Sunday morning, Ruth Chebitok (Kenya) took accolades as she ran a course-record and personal best performance of 2:24.49. Aussie marathon sensation Jess Trengove ran brilliantly, taking second place in a 32-second personal best of 2:26:31. She had a perfectly-timed run, crossing the halfway mark at 1:12:18, and was rewarded for her gusty efforts. By breaking the 2:28 barrier, she also takes home a once-only $40,000 Australian athlete incentive offered by organisers. Kenyan’s Agness Barsosio finished third in 2:27:46. Miharu Shimokado (Japan) took fourth in 2:29.38 and Celia Sullohern placed a credible fifth (2:30:19).

In the Men’s event, Kenyan Kenneth Mungara won his third Gold Coast Marathon (2:09:49). But the win did not come easily. It was a close finish with Japan’s Kenta Murayama, who finished just one second behind in 2:09:50. Fellow Japanese athlete Jo Fukuda finished third in 2:09:52. 2017 World Championships representative Jack Colreavy was the first Aussie home in 14th spot and named the Oceania Marathon Champion. It was a huge run by Colreavy, a new lifetime best of 2:17:48.

22-year-old Jack Rayner takes the tape in the men’s @asicsaustralia Half Marathon in a massive personal best time of 1:03:12 (provisional)! #GCM18

Madeline Hills dominated the Women’s event, clocking 32:35, with Marnie Ponton (33:12) and Caitlin Adams (33:27) taking out the minor places. Caitlin Adams crossed the line in fourth in 33:27 and Charlotte Wilson snagged fifth place in 34:08.

The Gold Coast Marathon is an IAAF Gold Label Road Race, and attracts around 25,000 participants from over 50 countries across its eight races each year.