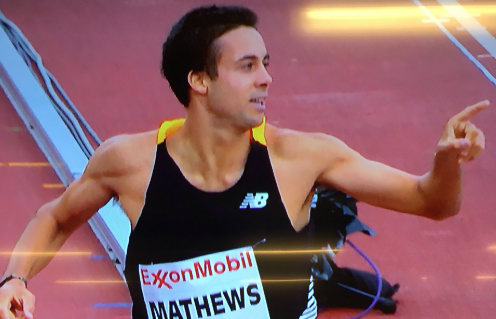 Luke Mathews (Vic) has won his first ever race on the international circuit in Oslo (NOR) this morning, with the 20-year-old clocking 3:37.99 to take out the men’s 1500m.

Not to be outdone, Mathews’ was joined on the green and gold highlights reel by Genevieve LaCaze(Vic), who ran a 3000m steeplechase personal best, as well as Hamish Peacock (Tas, javelin), Madeline Hills (NSW, 3000mSC) and Ryan Gregson (NSW, mile), who all delivered results that sit immediately behind their best ever.

Mathews’ start in the men’s national 1500m, a non-Diamond League event, follows a busy year for the national 800m champion that includes consistent podium finishes across 800m and 1500m domestically before earning Rio 2016 selection with his two-lap race win at the Australian Athletics Championships.

He clocked his maiden qualifying mark for the men’s 1500m in Nijmegen (NED) last month before victory today contributed further to his desired nomination in two events for the Olympic Games.

“I really wanted the win today and the plan came together, it worked. I wasn’t following the time too much, but interestingly it’s exactly two second slower than the PB that saw me qualify (in the 1500m) for the Olympic Games,” Mathews said.

“I’m already selected for Rio 2016 in the 800m, but I want the chance to run both events. I didn’t run the 1500m at the Australian Championships and am relying on being nominated for selection after the close of the period in July. I’m based in Teddington between now and then, with a few more races to show where I’m at. The next stop for me is Stockholm next week.”

It follows his maiden Olympic Games standard of 83.53m from the Golden Grand Prix in Kawasaki (JPN) last month, before a new personal best of 84.39m at an event in his home town of Hobart (Tas) and victory at the Meeting Iberoamericano de Atletismo in Huelva (ESP) last weekend.

For LaCaze, the time improved upon the then career best she ran in Rabat (MAR) last month. The 26-year-old has impressively lowered her quickest ever time across 800m, 1500m and 5000m in 2016, as well as the steeplechase twice.

Duelling in the Dream Mile, Gregson’s stunning season continued, with the Australian 1500m record holder coming around the chase pack in the closing lap to cross the line fifth in 3:52.59. His start caps off a massive month that also includes Olympic Games standard times of quicker than 3:36.00 in Nijmegen (NED), Rabat (MAR), Rome (ITA) and Birmingham (GBR).

In other results from Round 7 of the IAAF Diamond League in Oslo (NOR):

The busy international season continues this weekend in Leiden (NED), Geneva (SUI) and Portland (USA). To find out which Australians are competing, please click here.