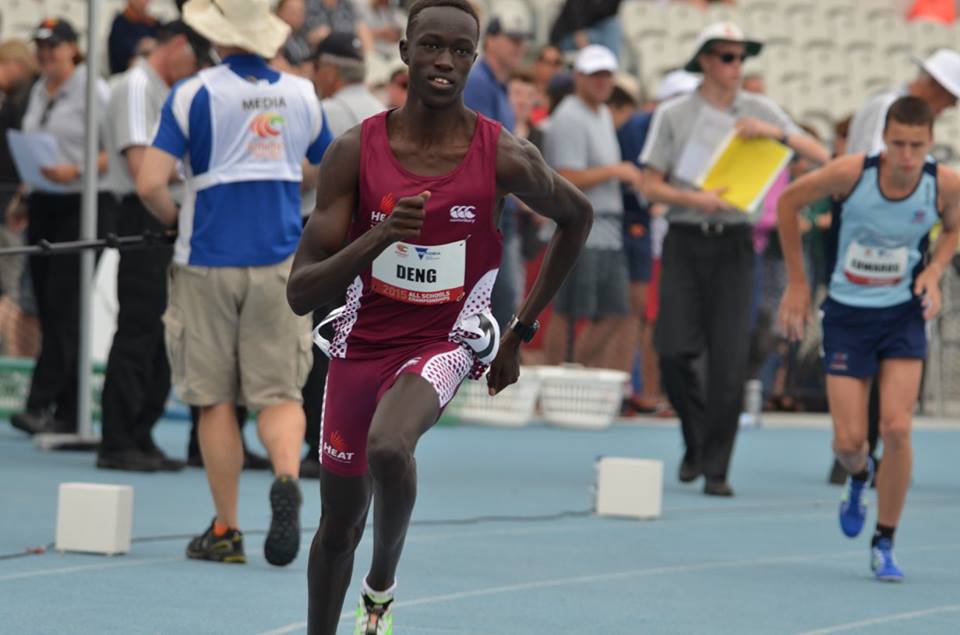 The wait is over for Australia’s 55-strong IAAF World Under 20 Championships team, with the squad today departing Sydney (NSW) for Mannheim (GER) ahead of competition at the Bauhaus Junioren Gala this weekend.

Launching a three-week build-up of competition that culminates with Bydgoszcz 2016 next month, the opportunity for athletes including Kurtis Marschall (SA, pole vault) and Jack Hale (Tas, 100m, 4x100m relay) is enormous.

Marschall, who boasts a pole vault personal best of 5.55m, is Australia’s under 20 and open champion, with 2016 providing the 19-year-old with a second opportunity to compete at the IAAF World Under 20 Championships. Angus Armstrong (NSW) will also compete in the pole vault.

“I am so excited to see how this campaign goes. I went to the World Juniors in Eugene two years ago as the younger age, it was a good learning experience, and now that I have the opportunity to try again I think that I am a chance to come away with a medal,” Marschall said.

“My PB ranks me in the top-three at the moment, but there is no point focusing on what the other guys in the field are jumping. It comes down to who performs best on the day and no matter what happens, all you can do is control what you can control. I will be out there with belief that I can do it, focusing on the process that will let me jump high.”

“I have heard so many amazing reviews about the Bauhaus this weekend, especially for pole vault. It sounds like a great track to compete at and with a start list as strong as 20 countries, it’s a really good opportunity for me and the rest of the team to gauge where we are at. My aim is to get a good confidence boosting jump in to prove mainly to myself that I’m ready for the worlds next month.”

Hale’s start on the track follows an impressive domestic preparation that includes a 10.33 run at the Australian team’s pre-departure camp in Townsville (Qld) earlier this month. He will start alongside Trae Williams (Qld) in the short sprint, with Williams the new national under 20 record holder after his performance to earn selection at the Australian Junior Athletics Championships in Perth (WA).

“The Bydgoszcz experience is going to be amazing, I learnt a lot at the World Youths last year and am coming in much better prepared in 2016. Hobart’s weather hasn’t been great the past month, as you’d expect, but I’ve shown some good form at camps on the mainland recently and I head to Europe confident,” Hale said.

“I’m equally excited for the individual 100m as I am for the 4 x 100m relay. Our relay team is super strong and we got a great experience recently running together at the Shanghai Diamond League. It’ll be great to spend a month or so with the team and enjoy being in the company of likeminded athletes. It might be an individual sport in a lot of ways, but to have each other’s back on such a big stage will be vital.”

To view the complete Australian team for the IAAF World Under 20 Championships, please click here.

For open age athletes, the qualification period for Rio 2016 is rapidly drawing to a close, with the chance to earn nomination for selection open until 11:59pm CET on 11 July 2016.

Steven Solomon (NSW, 400m) and Alex Rowe (Vic, 800m) will look to add their names to the qualifier list in Madrid (ESP) tomorrow, before James Nipperess (NSW) competes in the men’s 3000m steeplechase in Bilbao (ESP) looking for the same result.

Beijing 2015 starter Joel Baden (Vic) will then compete in the high jump in Cairns (Qld) with the Olympic Games in his sights, as Selma Kajan (NSW) and Brittany McGowan (Qld) ready for the women’s 800m in Barcelona (ESP) next week.

Europe plays host to a plethora of national championship events before the European Athletics Championships across the coming fortnight, with IAAF Diamond League competition and other events to bolster the competition opportunities available ahead of the Olympic Games in the weeks that follow.

Australia’s 55-strong IAAF World Under 20 Championships team will join more than 20 nations at this annually hosted championship, with further details and a live stream available by clicking here.

The Gold Coast Airport Marathon will play host to the Australian Half Marathon Championships, with further details on competing member association teams to be provided in the coming days.

For more information on this event, please click here.