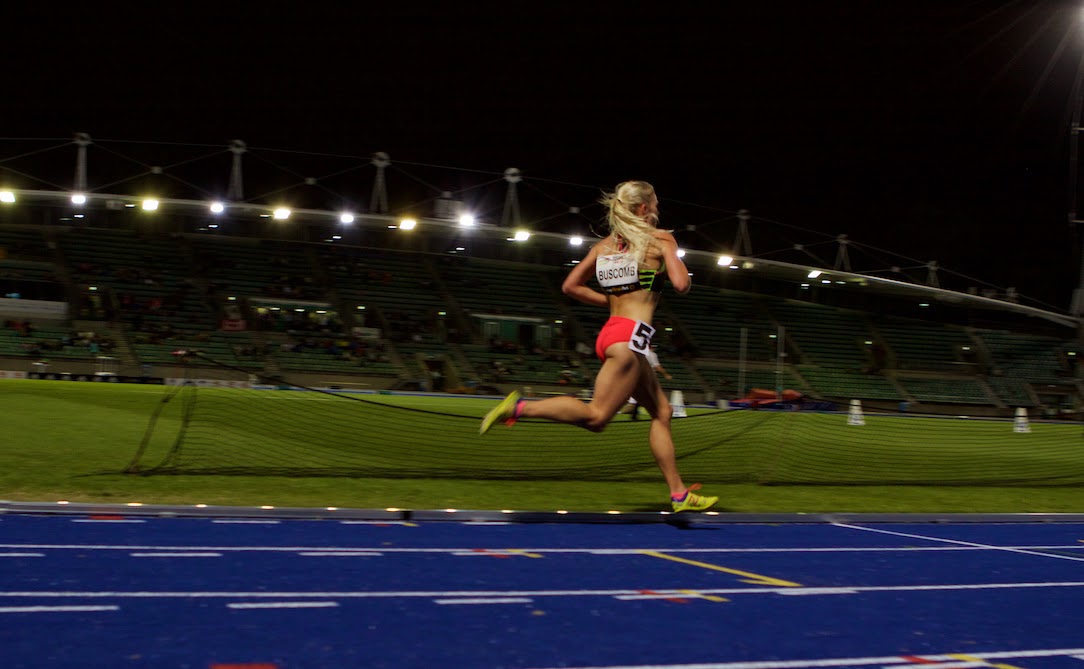 National Cross country champion Jono Jackson is on track to defend his title at the end of July, following an impressive slog through the muddy conditions to led his Auckland City Athletics Club to victory in the annual teams championships. Jackson was joined by master runner Steve Rees-Jones from Cambridge for the first three of five laps around the sloppy under foot course. Jackson picked up the pace leading into the final 4km and went on to win the 10km race in 36:00, 24 seconds ahead of Rees-Jones. Greg Darbyshire was third with Peter Wheeler next followed by Jonny McKee and Harry Ewing.

Jackson was up to the conditions.

“Steve and I were together till two laps to go and I just picked the cadence up because through the mud that’s all you can really do.

“I felt strong to the end which I’m happy with as I missed the last race,” said Jackson.

“I want to be racing everything I can, like usual, and aiming for the nationals as I like cross country and I want to back up and try and do a Hicksy and Callan Moody and get two (titles), he added.

Katie Wright followed up her win at Pakuranga with another impressive outing, winning the senior women’s 6km in 24:28. Audrey Gregan was second in 24:59 with Nicole Mitchell from Hamilton third in 25:52. Fiona Love was the fastest in the master women recoding 26:25. North Harbour Bays easily won the teams race while Pakuranga won the masters women teams.

Andrew Catley was a clear winner of the combined under 20 and 18 race over 5km in 17:58. Trent Dodds was second with Sam Montgomerie from Hamilton third and the first under 18 in 18:44.

Pakuranga won both the men and women under 18/20 team titles.

Dorne Cup Cross Country Races, Trentham Memorial Park – 10 June 2017
Wellington Scottish senior men turned up in numbers to reclaim the Dorne Cup from Wellington Harriers. Their strategy was to push the pace right from the start and Scottish captain Rowan Hooper, national marathon champion Nick Horspool and Kristian Day dragged the field round a quick first lap, making a break which they held to the finish. Horspool won the 8km in 25:53, three seconds ahead of Hooper with a further second to Day. The rest of the Scottish’s six-man team, Harry Burnard, Niam Macdonald and Dan Jones each ran well over the second half to give Scottish a comfortable victory 36 points to WHAC 56.

Masters sprint champion Scott Belesky won the 6.4km handicap event, the third in series of five handicapped races in the Southland harrier programme. The event was held over rolling Southland farmlands and the frequent and steady up-hills added to a degree of difficulty by soft underfoot conditions. Belesky worked hard on the final hill but when he realised he was safe from fast finishing Shawn Watts and Jaxon Taylor (15) he gave himself the luxury of walking the final few metres. Watts added to his third placing at the last handicap race and is currently among the points leaders in the season-long series. The junior 3 km race was won by Jake Potter, in 14:01. Potter also had fastest time by 1:08 from 10 year old Kimberley Iversen. Fastest time in the 6.4km event went to Jaxon Taylor by 3 seconds in 23:39 from Jack McNaughton with Buddy Small 23:57. Angela Ryan (W55) had the fastest women’s time.

Eliza McCartney opened her 2017 Diamond League campaign with a third place in Rome, clearing 4.75m, just 0.07m behind her New Zealand and Oceania record. The 20 year old had an opening height of 4.40m, clearing on her second attempt, before going clear at 4.55m with her first jump and then needing two attempts at 4.65m.

At 4.75m McCartney needed all three attempts clearing her third with lots of clear air but knocking the bar on the way down and watching the bar bounce before it stayed up.

With the bar at 4.85m, the bronze medallist at the 2016 Rio Olympics had three good attempts at what would have been a new personal best and New Zealand record.

The competition was won by 2016 Rio Olympics champion Ekaterina Stefanidi from Greece, clearing 4.85m, while 2015 World Champion Yarisley Silva was placed second at 4.75m, ahead of McCartney on the countback.