Home Latest News  Athletics NT will not stage the Mitchell Street Mile in 2019 or... 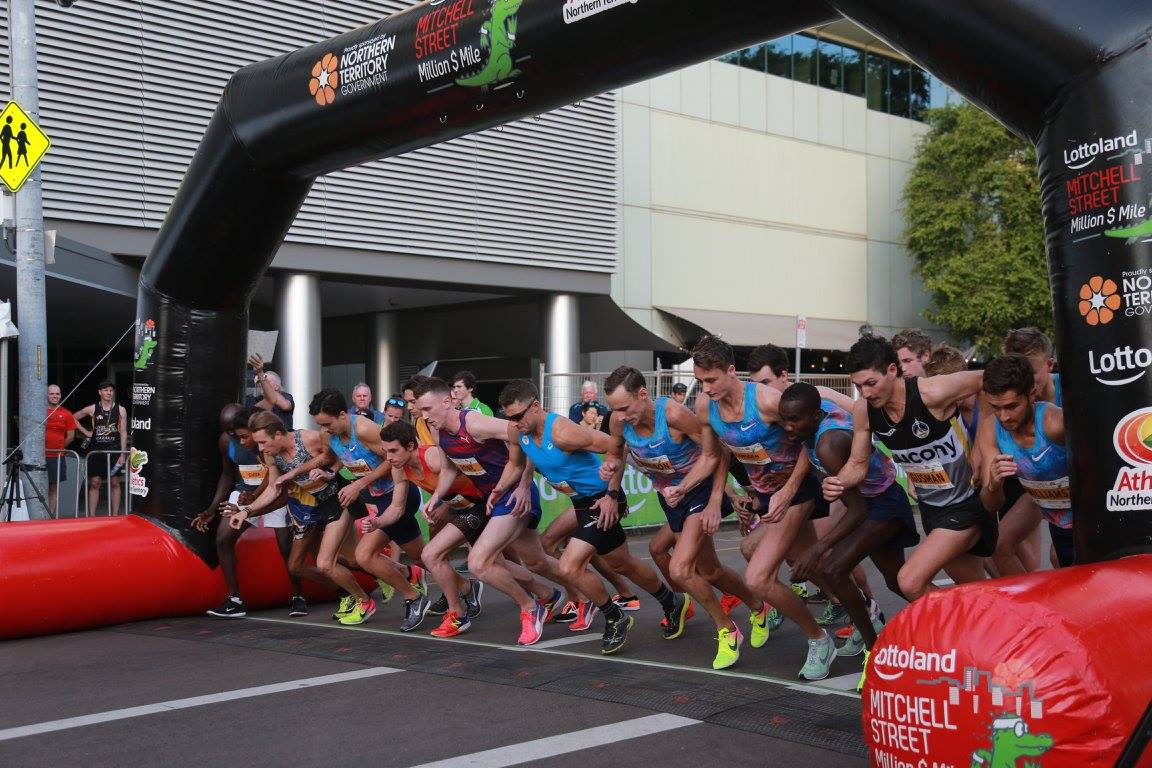 The next edition of the world richest road mile, the Mitchell Street Mile, will next be held as part of the 2021 Arafura Games from 14-22 May, 2021.

Owned and operated by Athletics NT, the iconic event has run annually since 2014, however, the withdrawal of naming rights sponsor Lottoland and the inclusion of the Mitchell Street Mile in the 2021 Arafara Games,  Athletics NT will not stage the event in 2019 or 2020.

In 2018 the event included 8 footraces, 3 cycling races and a roller skating event, with 781 participants and approximately 5000 people coming to Mitchell Street to experience the event.

Athletics NT President, James Sheridan commented on the event’s positive impact on the athletics and fun run community locally and nationally, and the attraction to elite athletes from across the world.

“There’s not many events that allow kids, dress up characters and fun runners to line up in the same event as world class runners like the Mitchell Street Mile does.

We understand the tough economic times in the NT at present and the reasoning for the Northern Territory Government’s reallocation of support for the MSM into the  2021 Arafura Games.

We also understand the impact on participants, spectators and local businesses.  However, no one is more disappointed than us,” Sheridan said.

Over the five editions of the event, athletes such as Australian record holders Ryan Gregson, Craig Mottram, Genevieve Gregson (nee Lacaze) and Linden Hall have raced and won on Mitchell Street.

Such was the lure of the unique event and the $54,000 cash prize pool on offer.

“The Mitchell Street Mile is known world-wide and we’ve been fielding requests from athletes near and far to come back this year.  Sadly it won’t be the case.  We’ve looked at a number of different options to deliver the event again in a revised format.  This included reducing the course to make two laps, with runners turning at Peel Street, or even holding an event at Arafura Stadium.  The latter is still something we’re exploring,” Sheridan said.

The search for a major sponsor will continue.