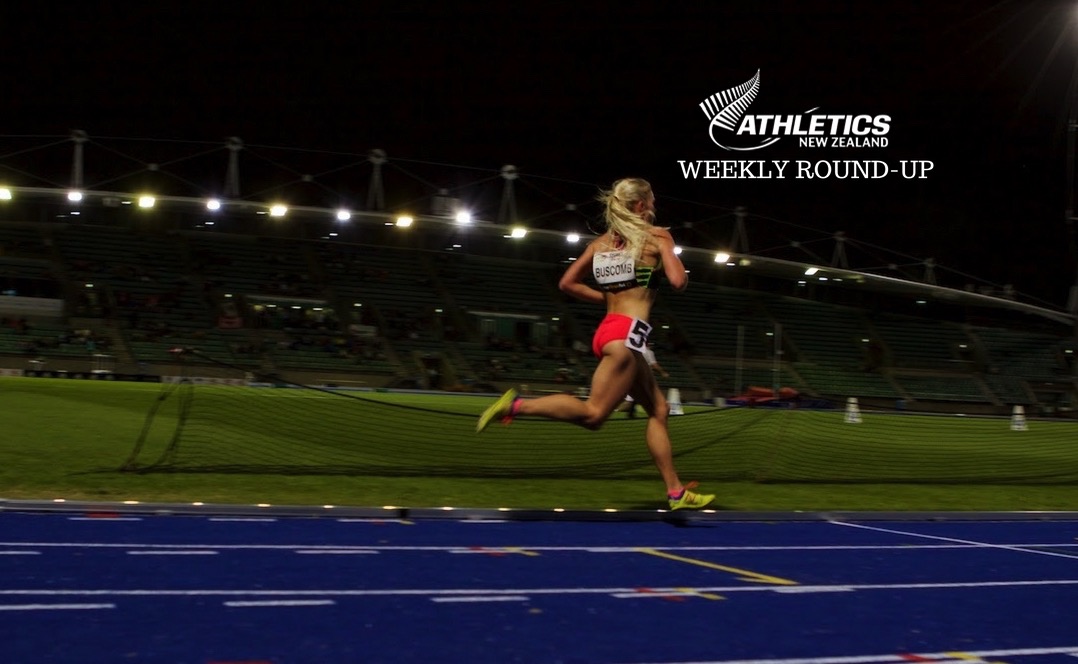 Oska Inkster-Baynes put eight months of planning and training for an assault on the Auckland marathon title on the line with an outstanding display of front running to win by six minutes in a debut outing over the 42.2km distance of 2:20:36. He went down on his knees after crossing the finish but was soon on his feet, elated that he had achieved his goal.

“I’ve just worked my butt off for eight months, 180k to 200k a week, we had a baby six months ago and that’s rough so I just feel satisfied, that’s what you can put it down to today, satisfied,” he said.

“Just run faster than the guy who is going to come second so that’s what really matters.”

“I remember Phil Costley saying when I was at high school when you do the marathon put it in blocks of three, every three ks run them in about ten minutes and then go again. It breaks it up a bit because forty-two ks is a long way to go at a one k at a time.”

By the turn at St Heliers for the run back along Tamaki Drive to the city the field was well strung out with Jono Jackson on his own in second Ciaran Faherty well clear in third and Hirotaka Tanimoto chasing hard in fourth.

“Jono looked quite good at the turn and so that made me a little nervous. That wind was quite intense on the return, but I’m used to the wind training in Christchurch,” said Inkster-Baynes. “I just wanted it more than him, I guess.”

Jackson, who is used to Tamaki Drive having won the Round-the-Bays run for the last five years, clipped a minute off his PB in finishing second for the second year in 2:26:38. Tanimoto produced a good finish to take third in 2:29:31, seven seconds ahead of Faherty who improved one place on his fifth last year.

Inkster-Baynes, the national half marathon champion sees the marathon long term as probably where he belongs and he is hoping his performance will get him to the world championships.

“The IAAF time for the world champs (in London next August) is two hours 19, but I ran solo today from the start there was no one after 300 metres and with those climbs out of Devonport I ran dead even in 70 20 and 70 16, I just tied up a little bit in that last 5km where I thought I might have made a little time back.”

Jackson said it was an impressive run from Inkster-Baynes.

“We let Oska go from the gun and we played it a bit more conservative and came back in a negative split, but Oska never came back so full credit to the guy as it was a tough one in the winds so for him to keep that pace going by himself was pretty impressive,” said Jackson.

“I’ll be back next year and try to get one better, as I’m always the brides maid,” he added.
Tanimoto from Tokyo and on a working visa in Wellington was pleased with his finish.

“I have been injured, so having finished today I am happy.”
“Fourth from fifth last year, just got beaten by Hiro at the finish. Pretty happy with that, I had a few niggles in the last week,” said Faherty.

Nicole Goldsmid from Feilding won the women’s title in 2:47:45, just 44 seconds outside her PB. After leading throughout she struggled over the final 5km and collapsed at the finish line and was taken to the medical centre. She emerged 10 minutes later delighted with her win despite the pain she was in.

“I felt pretty terrible over the last five ks as I’ve had trouble with my knee leading into this and at 25k in it just went so it was just whether I could handle the pain for the rest of the way.

“I saw I had a little bit up my sleeve at the turn and by that point I thought is it going to be enough and I just tried to grit my teeth and get to the finish line,” she said.

The former New Zealand representative swimmer has been running for three years.

“I sort of just run for fun now and I seem to do alright with it.”

Goldsmid still relished the atmosphere and the day.

“I’ve never had so many people say ‘go, go’ I was grinning the first half just soaking up the vibe, it was awesome, really really cool.”

Margie Atthow from Queensland Australia was second in 2:49:35. Her Kiwi husband Richard Campbell finished 48th in 2:59:47. Atthow said that Goldsmid had built up a lead that she knew would be impossible to peg back.

“I backed up pretty strong and I was very happy with that which is a three minute PB in only my third marathon. I’ve enjoyed the 1500m on the track more than anything but this longer stuff is kind of cool particularly when you get to do a course like this. A magic morning for it. Nicole had about five minutes on me at the turn around and I was eating into her lead, but I probably needed another 10k to catch her though, she was moving very well she set the pace from the start and she ran very strong and she deserved the win today,” said Atthow.

She will be back in the country in February doing the Tarawera Ultramarathon.

Elizabeth Pittaway of Sydney was third for the second year in 2:50:28.

“I would have liked a little bit better but the course is beautiful. I did the Sydney marathon six weeks ago (fifth in 2:49:34), so I thought I could beat that time but it didn’t quite work out,”

Nancy Jiang ran a personal best by 10 minutes of 2:55:15 for fourth but was five minutes slower than she wanted.

Evan Elder won the half marathon in 1:08:08, a minute ahead of Daniel Balchin with Harry Linford third in 1:10:33.Elder a dual citizen, Canadian and Cantabrian, was using the race as a lead up to the California marathon on 4 December.

“I haven’t run a half in a few years, so that was over a three minute PB, that was really great and I’m super happy. Dan Balchin and I got together at 5km and we worked together really well and there was a big head wind and I decided at the top of the bridge to throw everything at it to see if I could hold all the way and it worked out,” he said.

Balchin said that he lead out with Michael Voss.

“The first five or six ks it was me and Michael Voss, and we did wee surges, I like running down hills and at six ks I made a wee break and then over the next four ks Evan was working his way up and caught up with me and we worked together for a few ks and came up to the bridge and he got me on the up-hill of the bridge and I worked hard to try and catch up with him but I couldn’t and he was too good for me on the day today,” said Balchin.

National half marathon champion Olivia Burne won the women’s half in 1:16:42 beating winner for the last two years Camille Buscomb (1:17:54) and last year’s marathon winner Katie Kemp (1:18:51). Burne was just over a minute faster than her third placing last year, but outside her PB of 1:15:29 in winning the national title in Christchurch in June.

“I went out with the same instructions that I always get from Barry (Magee) and from my faith as well you run the race that’s marked out for you and you run it based on your own strengths and I just took it out based on how I was feeling and I was feeling quite comfortable so got locked in the pace and had some people around me who were doing a similar pace so you get into a rhythm from that point on and I just felt very comfortable and the lead increased as it went on,” said Burne.

“For the first 10km I was about 30 metres ahead of Camille Buscomb and I think she dropped off as we headed onto the harbour bridge,” she added.

George Cory-Wright won the 12km Traverse in 43:50 from Max Zorn and Alexander Mildenhall and Katie Wright took out the women’s 12km in 46:50 from Julia Averill and Anita Keem from Australia.

Sun Belt USA Cross Country Championships, Dothan Alabama- 29 October 2016
Craig Lautenslager overcame a tenacious Kenyan to win the 8km in 24:20.9 and lead the University of Texas at Arlington to the team title. He led for much of the race until Stanley Limo of the University of Louisiana-Lafayette surged into the lead a kilometre from the finish line.

“I was holding on for dear life,” Lautenslager said. “But this was my last year (in university) and I really wanted to win.”

Lautenslager swept past the Kenyan in the final 150m to win by five seconds. He will compete next in the NCAA South Central Cross Country Championships on 11 November in Fayetteville, Arkansas.