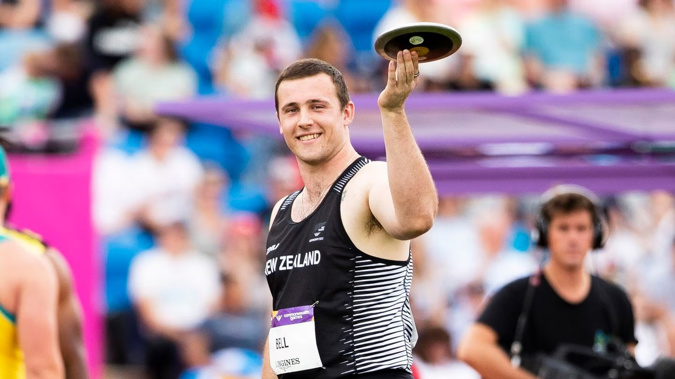 The prodigious talent of Connor Bell, an up-and-coming athletics sensation hailing from New Zealand, was on full display at the Pre-Potts meeting held in Hastings on Wednesday, as the 21-year-old Aucklander shattered the long-standing national record for men’s discus. Bell, who had previously augmented his personal best by 2cm with a 64.31m effort in Tauranga on New Year’s Day, utterly obliterated the previous 21-year-old record of 65.03m set by Ian Winchester, with an awe-inspiring 66.14m throw.

After an initial attempt of 65.00m, which fell just short of Winchester’s mark, Bell’s second effort resulted in a foul. However, he quickly regained his footing, registering 60.82m with his third attempt, before finding his range once more with a 63.92m throw in the fourth round. But it was in the fifth round where Bell truly shone, propelling the discus an astonishing 66.14m and etching his name in the annals of New Zealand athletics history. Despite ending the competition with a foul, the magnitude of Bell’s achievement cannot be overstated – his record-breaking throw would have earned him a silver medal at the previous year’s Commonwealth Games in Birmingham and seventh place at the World Athletics Championships in Eugene, Oregon.

Bell’s trajectory as a premier athlete has been hindered by injury, having sustained a broken ankle in late-2021, which impacted his season in 2022. However, despite this setback, he still managed to claim gold at the 2018 Youth Olympic Games, as well as being crowned national and Oceania champion in the previous year. While his performance at the Commonwealth Games was below his usual standards, finishing 8th with a best of 60.23m, his recent record-breaking throw cements his status as a formidable competitor on the international stage. Furthermore, his throw was not only a New Zealand resident record, but was also in close proximity to the all-comers record held by two-time former Olympic champion Virgilijus Alekna of Lithuania, which stands at 66.81m set in 1999. Bell will next compete on Saturday at the Potts Classic in Hastings, where he is sure to draw much attention and anticipation from spectators and fellow athletes alike.