Home Latest News “Athens Marathon. The Authentic” on 8th November: Athens at the heart of... 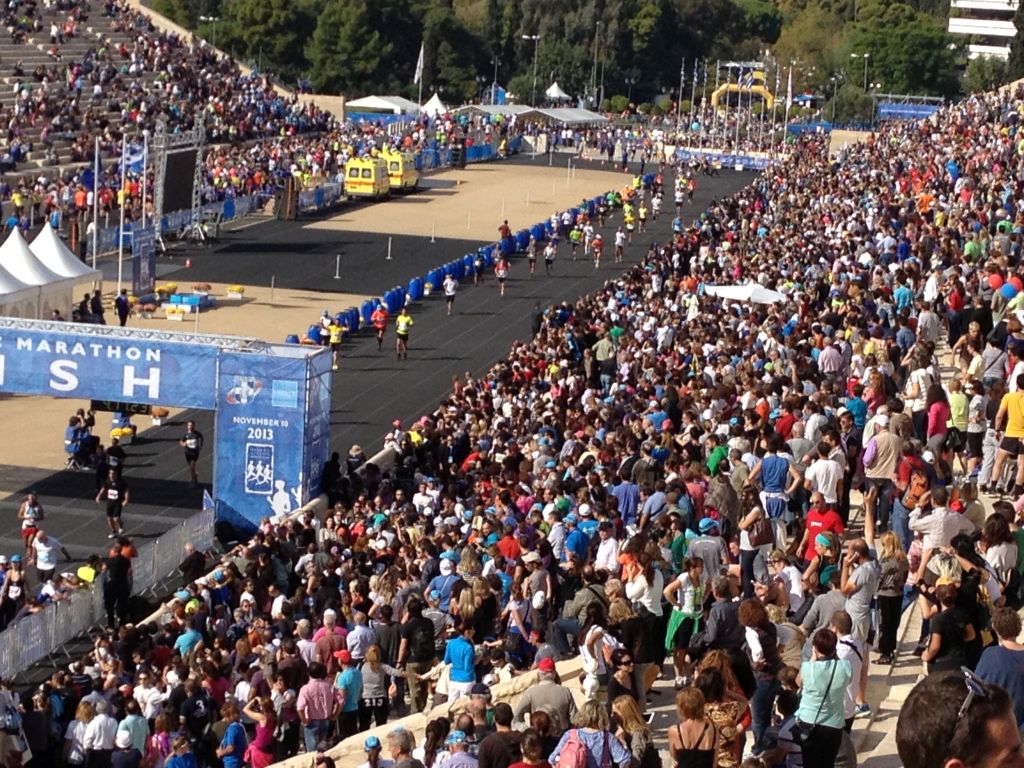 Athens at the heart of the Marathon

Athens, the birthplace of the Marathon, will be the focus of attention for the international running scene for three days from November 6 to 8. Firstly the Association of International Marathons and Distance Races (AIMS) will honour the best marathon runners of the year with the 2015 AIMS Best Marathon Runner (BMR) Awards, at an international Gala to be held in the evening of Friday, November 6. The next day will be marked by the Opening Ceremony for the “Athens Marathon. The Authentic”. This is followed by the high point of the Athens Marathon itself, on Sunday, where the organisers expect more than 16,000 runners to participate.

This is the 3rd edition of the AIMS BMR Gala in Athens to honour the best runners of the year. The candidates were recently announced by AIMS and are the Kenyans Eliud Kipchoge and Gladys Cherono, the Ethiopian Mare Dibaba and Ghirmay Ghebreslassie from Eritrea. The winners in the male and female categories will be determined by a voting process currently taking place amongst more than 380 member races of AIMS. Winners will be announced during the BMR Gala.

The period under consideration for the 2015 AIMS Best Marathon Runner Award is from the beginning of October 2014 to the end of September 2015. During this time Eliud Kipchoge won three major marathons: Chicago, London and Berlin and a few weeks ago set the world’s fastest time of 2:04:00 at the latter event. Ghirmay Ghebreslassie overturned expectations by winning the World Championship race in Beijing in August. His gold medal was achieved after finishing sixth in Chicago and second in Hamburg in his previous races.

Gladys Cherono ran her debut marathon in January when she missed victory in Dubai in January by just one second, finishing in the highly impressive time of 2:20:03. She went one place better in her second attempt at the distance, running the fastest woman’s time this year of 2:19:25 to win the Berlin title at the end of September. This was also the fastest performance by a woman on an officially recognised course since April 2012. Mare Dibaba is the only other woman to have broken 2:20 this year. She achieved that feat with 2:19:52 to win the Xiamen Marathon in China in January. She won the women’s marathon at the World Championships in Beijing and her career includes victory in the 2014 Chicago Marathon and second place in Boston this April.

Four more special awards will be presented during the Gala, which is organised by AIMS and the Hellenic Athletics Federation (SEGAS): the Green Award, the Lifetime Achievement, the Social Award and the Popular Runner Special Award. It has already been announced that the Chevron Houston Marathon will receive the Green Award.

Saturday, November 7, will mark the traditional Opening Ceremony for the “Athens Marathon. The Authentic”. The Ceremony takes place inside the Archeological Site of the historic Marathon Tomb, the memorial site of the Battle of Marathon, where the Greek troops defeated the Persians in 490 BCE. The Athenian soldier-messenger-runner, who according to legend ran from the battlefield to bring news of victory to his fellow Athenians, was later the inspiration for the creation of the marathon race for the inaugural Olympic Games of the modern era in Athens in 1896. During the Ceremony, the Marathon Flame, established in 2007, will be lit in front local authorities, IAAF, AIMS and SEGAS executives, marathon legends and race directors of more than 70 international marathon events. The Marathon Flame is carried by relay to the start of the race in the nearby town of Marathon and marathon runners of next day’s event have the chance to take memories of it.

In these difficult economic times the “Athens Marathon. The Authentic” has become a real Greek success story. The organisers SEGAS have again recorded increased numbers of entrants for the race with approx. 16,000 expected to run on the original marathon route, an officially measured course, served by an organization of very high international standards. Including races over shorter distances (5 and 10 km as well as races for children), some 43,000 entries for the event on Sunday, November 8 have been received. The classic race over 42.195 km will begin in the town of Marathon as ever. The historic course will take participants into Athens and the Olympic Arena for the 1896 Games, the Panathinaikon Stadium. Entries for the Marathon are still available and can be accessed by going to: www.athensauthenticmarathon.gr.

Information and online entry is available at: www.athensauthenticmarathon.gr