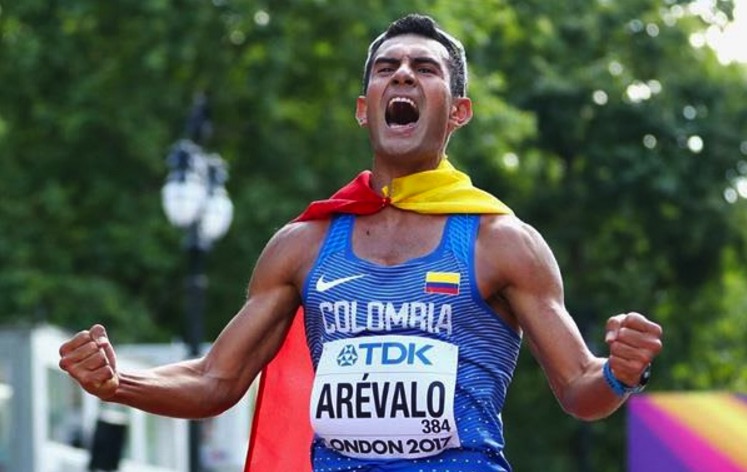 With the series having concluded at the IAAF World Championships London 2017, Colombia’s Eider Arevalo and Brazil’s Erica de Sena have been confirmed as the overall winners of the 2017 IAAF Race Walking Challenge.

Arevalo’s 1:18:53 national record victory in the 20km race walk at the World Championships capped a season in which he went undefeated. The 24-year-old Colombian produced a perfect score of 36 points in the challenge standings – the highest score possible – after winning in London, Rio Maior and Ciudad Juarez. He also won at the Pan-American Cup in Lima.

Brazil’s world bronze medallist Caio Bonfim took second place in the challenge standings. Before finishing third in London, the 26-year-old was victorious in Taicang earlier in the year.

Andres Chocho finished third for the second year in succession. Although the Ecuadorian was disqualified from the 50km race walk in London, his runner-up finish over 50km in Monterrey and third-place finish in Ciudad Juarez helped boost his challenge tally.

De Sena missed out on a medal in London, finishing fourth in a South American record of 1:26:59, but the 32-year-old can find redemption in her Race Walking Challenge overall victory.

Following a runner-up finish in Ciudad Juarez, the Brazilian won in Monterrey and La Coruna, good enough for 34 points in total and a comfortably series win.

World and Olympic silver medallist Maria Guadalupe Gonzalez, last year’s challenge winner, tallied 28 points this year. Before taking the silver medal in London, she had notched up victories in Ciudad Juarez and Lima.