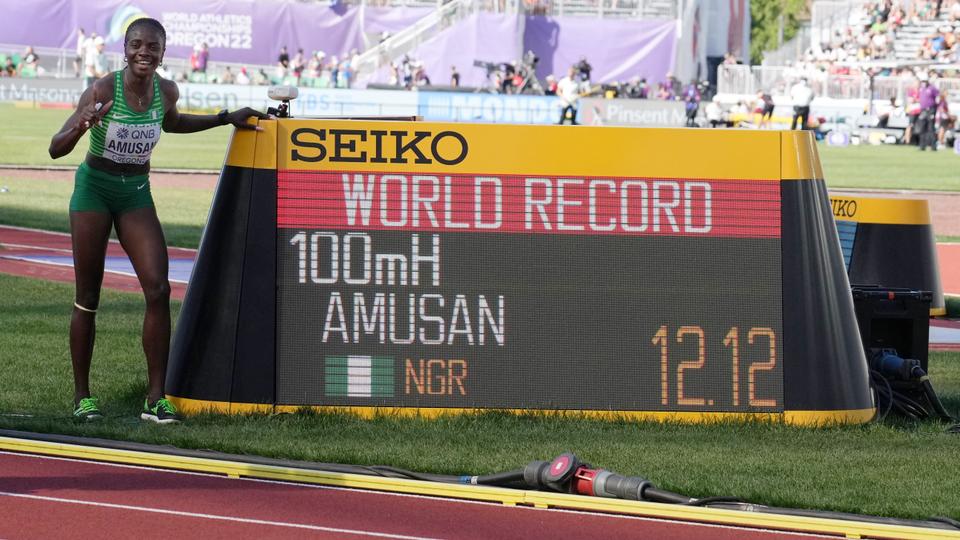 Tobi Amusan sped to a 12.12 (0.9m/s) clocking in her semifinal to break the world 100m hurdles record* at the World Athletics Championships Oregon22 on Sunday (24).

The Nigerian had set an African record of 12.40 on Saturday to win her heat, the fastest first-round time in World Championships history. But even so, few would have predicted that the 25-year-old was in form to challenge the world record of 12.20 set by USA’s Kendra Harrison in 2016.

“I wanted to get out and go,” said Amusan. “I did what I had to do. Now I’m looking forward to the finals.”

Harrison, who was also in Amusan’s heat, finished second in 12.27, the third-fastest time of her career, and 2015 world champion Danielle Williams was third in 12.41. Five of the eight athletes set lifetime bests, with Cindy Sember clocking a British record of 12.50, Michelle Jenneke of Australia running 12.66 in fifth and Ditaji Kambundji recording 12.70 in sixth.