Home Latest News A start in the final beckons for LaCaze, Tiernan and Stratton at... 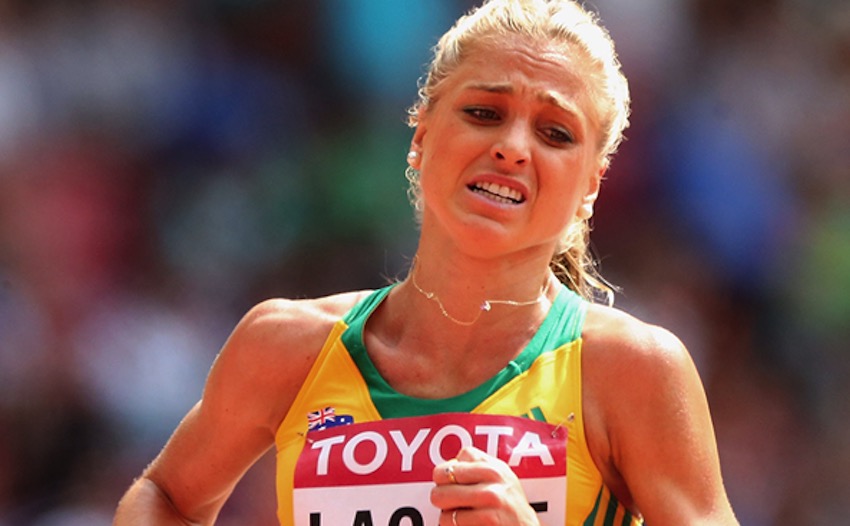 Team Australia has impressed despite saturating conditions on day six of the 2017 IAAF World Championships, with all of Genevieve LaCaze (Vic), Patrick Tiernan (Qld) and Brooke Stratton (Vic) advancing to the final.

Competing in the women’s 3000m steeplechase and chasing a top-three finish to ensure her progression to the medal round, LaCaze sat confidently with the leaders from the outset before coming around the fourth placed Winfred Yavi (BRN) to deliver third place and a start in the round-of-twelve.

LaCaze’s start is only her second this year in the distance hurdles after foot injuries followed her clocking the qualifying time at the IAAF Diamond League in Doha (QAT) in May. A long period of cross-training ensured her fitness to race, with the Rio 2016 Olympic Games finalist delighted by her heat run.

“I came into this going, ‘I hope I can snag a time’ but Ryan (Gregson) ran over to me and said that the race before me was won in 9:39 and that if I could time trial I would be in,” LaCaze said.

“Then when the race started playing out I just felt so good, lap after lap, and I decided to stop worrying about the time. I positioned myself behind the third girl thinking I had one bullet in the chamber, and not to come through until I was most confident. At about 80 metres to go, I put in one final surge and it got me into the third spot.”

LaCaze is now full of confidence ahead of the round-of-twelve, where she will become the first ever Australian female to start in world championships steeplechase chase final.

“Looking at the start list for this event, I was ranked 10th for season best, and maybe 5th for personal best, but when I sat down with my coach we thought there were eight girls that can win this. From that, maybe only three will execute the plan and I just hope that I can be one of those three,” LaCaze said.

Victoria Mitchell (NSW) started in heat two, clocking 10:00.40 to place 11th and she will not start in the final.

Taking to the track after a self-described embarrassing run in the men’s 10,000m final, Tiernan looked like a new athlete in his heat of the men’s 5000m, stopping the clock at 13:22.52 to place fourth and ensure his automatic progression to the next round.

“I’m not sure how that happened. My confidence wasn’t very high, those three or four days in between races were hard. I’ve never had a result like I did in the 10,000m and that’s something that we will figure out after these championships,” Tiernan said.

“I thought I’d be buggered, but once you’re out there you realise that if you don’t compete then you can’t come back again. I came into these championships with the expectation that I could run well, so I was glad to go out there and do that.

“I was able to compose myself well. I perhaps could have backed off a little because the time was going to be enough, but I wanted to run through as a bit of a confidence boost.”

Stratton’s start in the women’s long jump final follows her leap of 6.46m (w: -0.1) in the qualifying round tonight.

Her series also included two 6.43m leaps, and she is thrilled to progress to the medal round after returning from injury to qualify for London 2017 only last month at the Muller Anniversary Games, also held at the Queen Elizabeth Olympic Park.

“I’m so pumped. I didn’t expect to be able to get through to the final with a jump of 6.46m but the conditions were tough tonight. It was hard to keep warm between jumps. Now I’m just excited to be back out there on Friday,” Stratton, the Australian record holder, said.

Stratton believes being from Melbourne (Vic) proved to be an advantage given the wet and freezing conditions.

“It was absolutely an advantage being from Melbourne. I trained in these sorts of conditions before coming over to Europe and It definitely helped. Now I’m just going be chilled about the final and then we’ll see what happens.”

Stratton was joined at the women’s long jump by Naa Anang (Qld), with the IAAF World Championships debutant hitting a best mark of 6.27m (w: -1.1) with her third attempt. She will not start in the medal round.

On Day 7 of the IAAF World Championships tomorrow, Team Australia will be represented by 11 athletes including Ryan Gregson (Vic), Jordan Williamsz (Vic) and Luke Mathews (Vic) in the first round of the men’s 1500m and Hamish Peacock (Tas) in the qualifying round of the men’s javelin.

For more information on Team Australia, please click here to visit the hub at athletics.com.au.