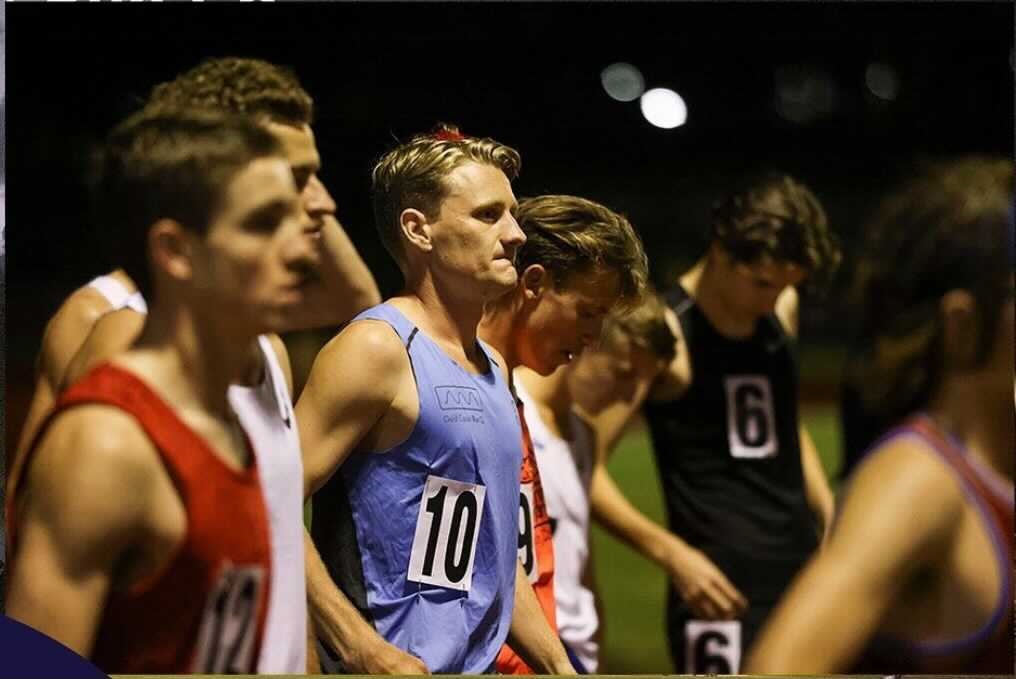 It’s been a long time between drinks, friends of Runner’s Tribe. A lot has happened since I last wrote on this platform but one thing has not changed is my love for this sport. As a community we have been battered and bruised with the fun sponge that is COVID-19, but for me it has forced me to change my perspective on running as a sport. Coming from a failed college experience, it has taken me a long time to strip back the reasons as to why I run and find joy in the meditative state that running can give. 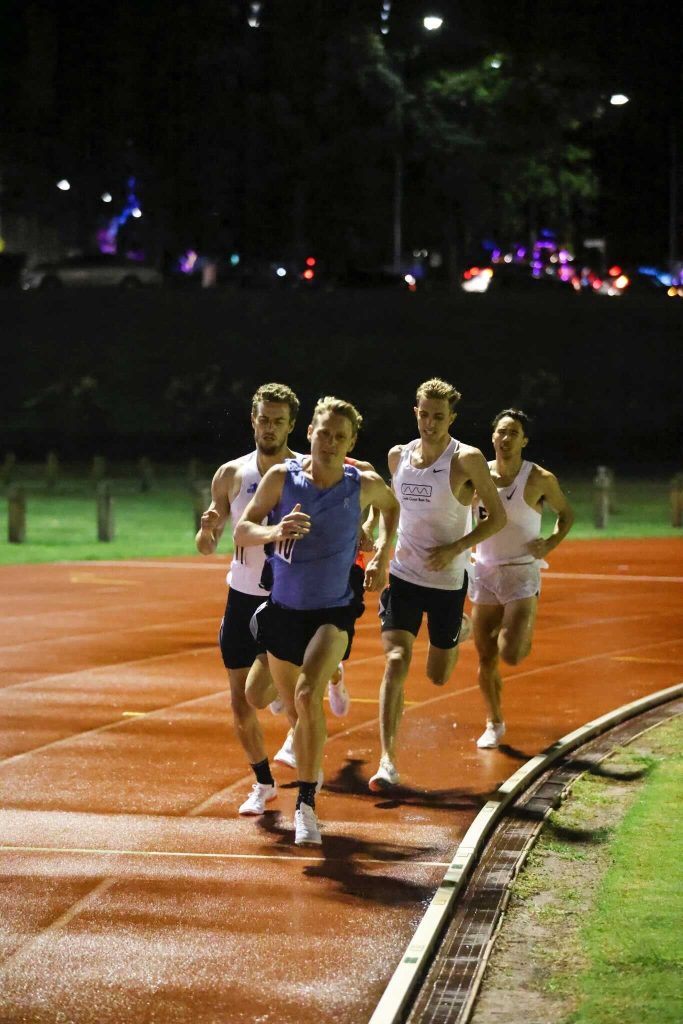 A few key people have been instrumental in guiding me to finding the drive and passion that I have as I write this piece. I have always been grateful for the positive influences that I have had on my running career, having been coached by the late Lloyd Way in high school and Brian Chapman. Both these men have spent their lives giving back to the running community, coaching with passion and enthusiasm. Lately, having a coach like Jackson Elliott (coach of Gold Coast Run Co) and Andrew Stalling (coach of Gold Coast Runo Co – Social Crew) I have gained an insight into what it will be like for me when I graduate in December with a degree in teaching. Being involved with Gold Coast Run Co, I have come to realise the importance of what a healthy mind can do. As is the Queensland way, it is natural to go full tilt and enjoy yourself a bit but being with a group that emphasises the importance of balance has been a life-changer for me. The most important lesson this group has taught me is the value of a good support network. You won’t find many 20-25 year olds wanting to go down to the track on a Saturday night, but without fail you’ll see the back straight littered with GCRC members yelling at you while you race. Community is the most important intangible asset a runner can have.

Anyway, now to the good stuff. Thanks again to Runner’s Tribe for letting me put pen to paper and letting me indulge. This year has been a mix of highs and lows for me. Starting on the track and then building to a marathon only to be told 3 days before the race that it would be cancelled, to preparing for another marathon to then that marathon be postponed to enjoying myself a bit too much and getting unfit to now. What a mouthful. In the space of a year, I’m happy to report I clocked a 5k PB (13:49) in the B final at the Sydney Track Classic. I raced my first 30k race through the trails of the Southport Spit in a time of 1:35 and I recently hit a bit of form on the road, coming 3rd at the Noosa Bolt. Looking back on race photos, it’s safe to say I don’t make it look easy but that’s not what it’s all about. Here are 4 sessions you can do to train like me, just try hard to make it not like me.

A 27-minute session all up, this will definitely put some hairs on your chest. This session was originally given to us from Craig Walton, for those who don’t know Craig he was an elite triathlete in the early 2000’s. If you ever want hard sessions, go to Craig. Some of you will have had the pleasure of running at The Spit, Main Beach but for those who haven’t it is sandy, windy, hilly and humid. The idea is to accumulate fatigue in the legs and drop down in pace. So, we will try and hit 10k pace, 5k pace and 3k pace for the 3,2,1. The worst part about the 1 minute is the 30 seconds rest and back into it again. Fartlek is a massive part of our training and will always be a favourite of mine. 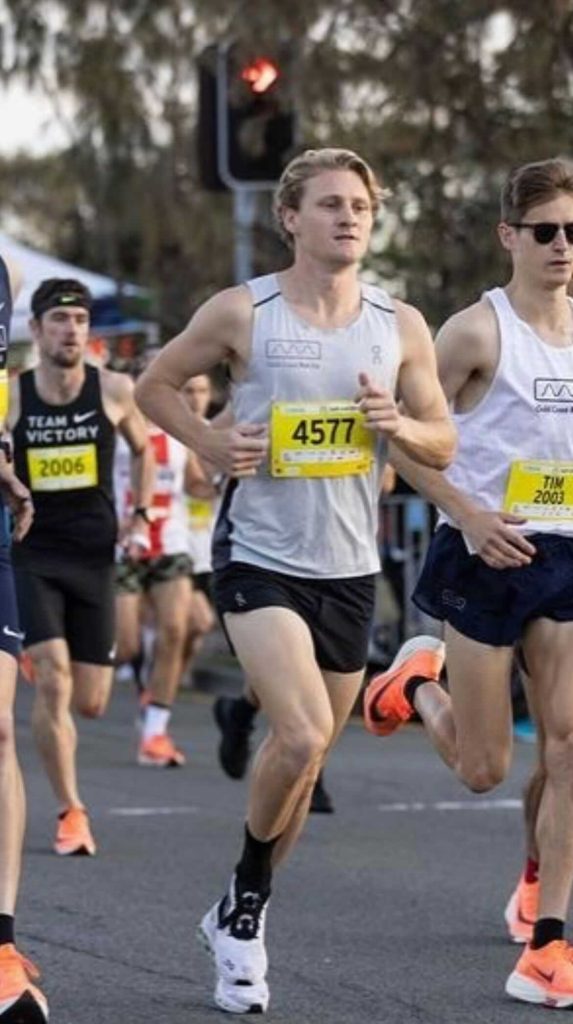 A slightly different fartlek because of the length but a good one nonetheless. Usually we start the 10-minute around half marathon effort or a touch slower and build from there. I like it because the sting doesn’t usually get to you due to the rests being so long. Most of Jacko’s training is short rest so having 5 minutes in between a rep is a luxury. If you can complete this session with a bit left in the tank it always gives you a little bit of confidence leading into a race. 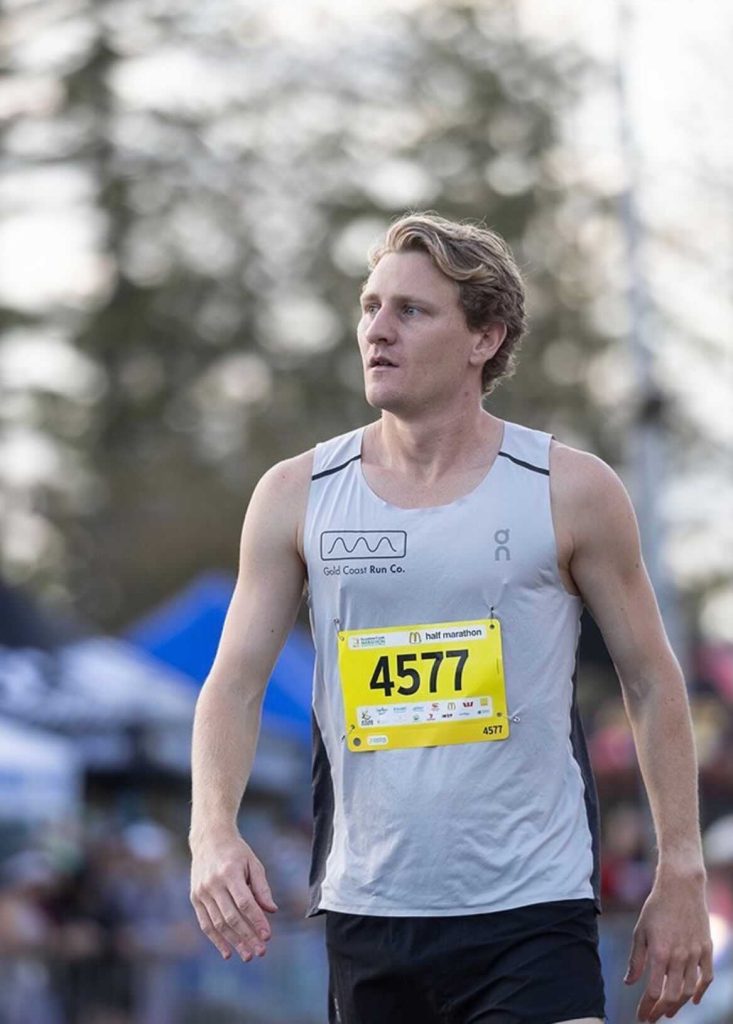 I feel as though this is a standard marathon session but it will always stick in my mind as my favourite. Although I can’t say that this was at ‘marathon’ pace because I haven’t done a marathon yet but the session is a good confidence booster. It’s not too long when you’re thinking in terms of the marathon and it’s punchy enough to get a good amount of fatigue in the legs. Jacko and I are both very new to marathon running and doing this alone was good for me as I really felt what it was like to have some serious head noise. 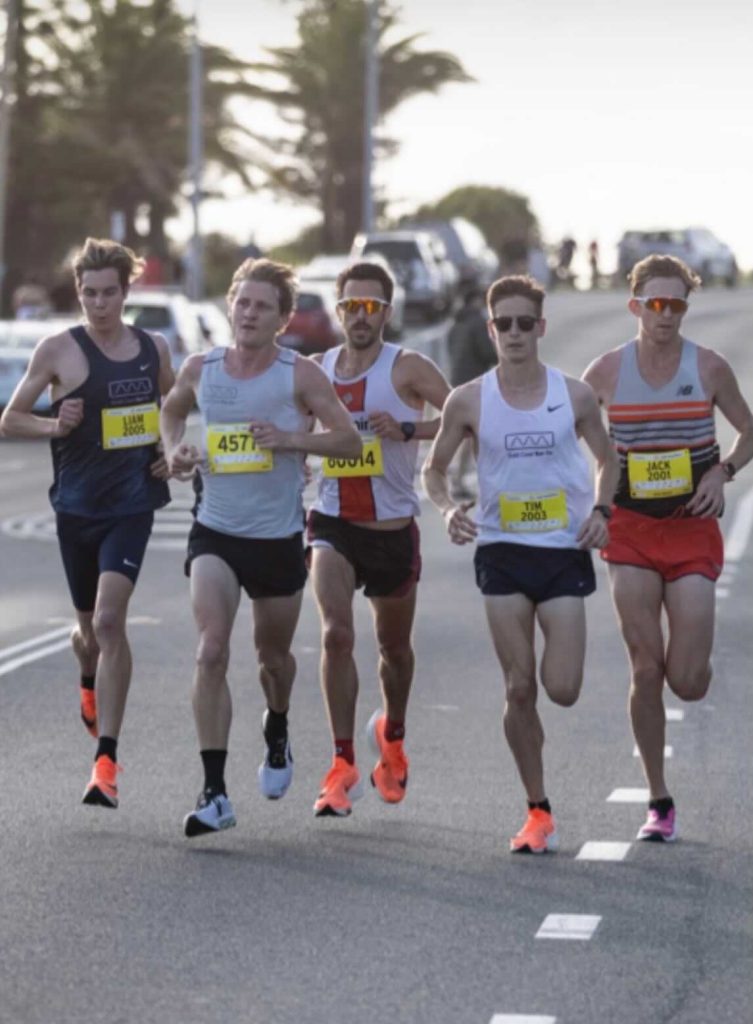 It would be rude not to include a meaty track session and this is one I did at the end of last year and again about 2 months ago. There is no harder feeling than the last 5 laps of this session as the lactic creeps up on you and someone else in the group is feeling good. I’ll always be appreciative of the help from Tim Vincent, Liam Boudin and Jordan McLennan as they are great to train with but boy do they know when to turn it on. Seems to always be when I am struggling…

I’d like to say a quick thanks to the guys at On running for their belief in me this year. With not a lot of racing and my severe lack of quality social media, they are the real heroes in all of this.