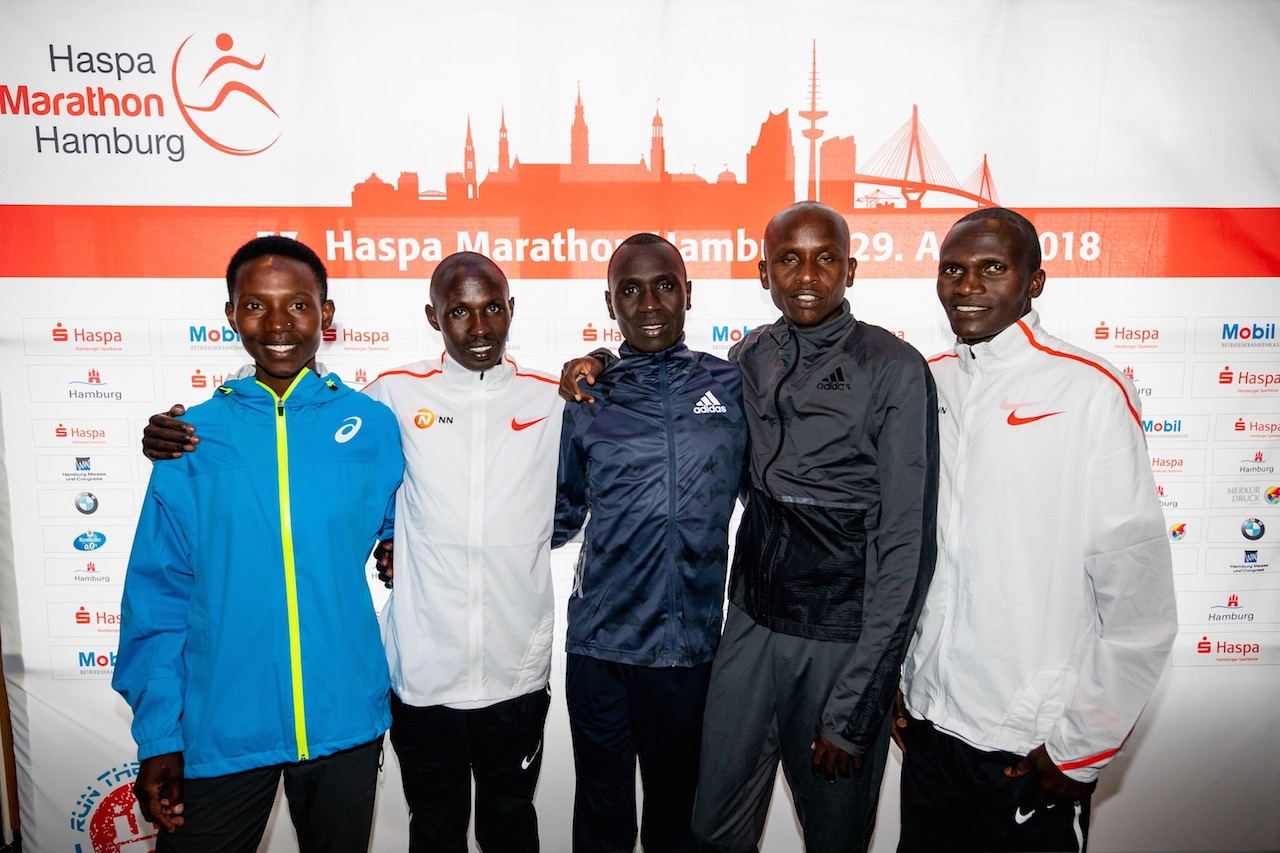 Emmanuel Mutai hopes he will return to running fast again when he competes in the Haspa Marathon Hamburg on Sunday. The Kenyan is the fourth fastest marathon runner ever with a personal best of 2:03:13. In what is probably the strongest men’s elite field ever assembled in the history of Germany’s biggest spring marathon five men feature personal bests of sub 2:06. The field includes the Olympic Champion from London 2012, Stephen Kiprotich. However there are half a dozen runners in the race with faster personal bests than the Ugandan.

The strong line-up increases hopes that the five year-old course record may be broken. Kenya’s superstar Eliud Kipchoge established this mark in 2013, when he won his debut marathon in 2:05:30. Current weather forecasts seem to be suitable for fast times, however conditions can change quickly near Germany’s North Sea coast.

Sweden’s Isabellah Andersson heads the women’s field with a personal best of 2:23:41. Organisers of the Haspa Marathon Hamburg registered a total of 33,183 entries including events at shorter distances. 14,250 runners will compete in the marathon.

Emmanuel Mutai won the London Marathon back in 2011 and then improved to 2:03:13 when he was second in Berlin in 2014 behind fellow-Kenyan Dennis Kimetto, who broke the world record with a time of 2:02:57. However the last time Mutai ran a sub 2:10 time was in 2015 when he was fourth in Berlin with 2:07:46. „In recent years my performance was not so good. I had some problems with my stomach, but it is okay now,“ said 33 year-old Mutai, who finished under 2:07 nine times. „I want to improve on Sunday. All of us want to win, me too. But if I can’t do it then the goal is to finish in the top three. If weather conditions are good the course record is possible for one of us.“

The pace is planned accordingly. The first group is scheduled to run split times leading to a 2:05 finish. There will be a second group targeting a 2:08 time. It will be interesting to see who will join which group. Asked which one he will go with Stephen Kiprotich answered: „If the weather conditions are fine I will go with the 2:05 pace. Then it will be my goal to improve my personal best.“ The Olympic Champion from 2012 and World Champion from 2013 so far has a PB of 2:06:33.

After a couple of DNFs Sammy Kitwara came back with a big win last November: The Kenyan took the Valencia Marathon with 2:05:15. This performance makes Kitwara, who features a personal best of 2:04:28 from Chicago in 2014, a likely favourite in Hamburg. „I am the third fastest runner in the field – so I am not the favourite,“ joked Kitwara and added: „Of course I want to win, but I know that the others are strong and I will not underrate them. If the weather conditions are good then there is a chance to break the course record.“

„If all of us work together from the first kilometre up to may be 38 or even 40 k then it is possible to break the record,“ said Stephen Chebogut, who has already run 2:05:52 in 2015. Earlier in that year he was third in Hamburg with 2:08:01 although he was entered as a pacemaker and then decided to carry on. „May be I am able to deliver another surprise on Sunday,“ said Chebogut.

While former Kenyan Isabellah Andersson is the fastest woman on the start list the Swede has no intention to attack her personal best of 2:23:41. „It will be my first marathon after giving birth to my second child. My aim is to achieve the qualifying mark of 2:38:00 for the European Championships“, said Andersson, who trained in Eldoret in Kenya during the past four months.

It is highly unlikely that the course record of 2:21:54 established by Ethiopia’s Meselech Melkamu two years ago will be under threat on Sunday. Organisers plan for a conservative 2:27 or 2:28 pace and expect a close contest. There may well be half a dozen runners in contention for victory with such a pace. Among them should be Sylvia Kibet of Kenya and Bahrain’s Mimi Belete, the former 1,500 m runner. Kibet was second in Hamburg in 2015 with 2:26:16 while Belete will run her debut on the fast course. She ran a 69:26 half marathon earlier this year in Barcelona.