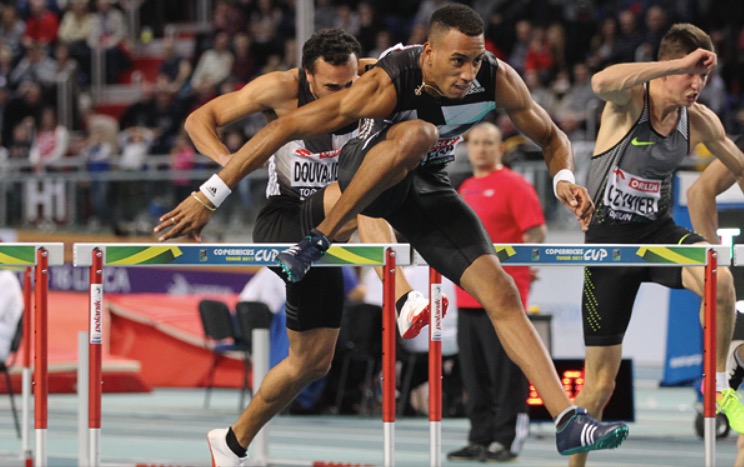 The 2019 IAAF World Indoor Tour, a series of the six finest indoor meetings on the planet, kicks off one week from today with the New Balance Indoor Grand Prix in Boston on 26 January.

Staged over the course of 26 action-packed days, the series includes stops in Karlsruhe (2 February), Torun (6 February), Madrid (8 February) and Birmingham (16 February) before reaching its final destination Düsseldorf on 20 February where the series winners will be crowned, awarded their US$20,000 prize bonuses and handed the first wildcard entries for the IAAF World Indoor Championships Nanjing 2020.

2019 marks the series’ third edition, but it’s already showing its widespread appeal. The Karlsruhe, Birmingham and Dusseldorf fixtures have sold out well in advance, the Polish meeting is on target to host yet another sell-out crowd of 5200 at Torun Arena, and Madrid is on target for a near-capacity crowd.

While many of the fields are still being finalised, several are filling out nicely.

World indoor champion Yomif Kejelcha, Olympic medallists Clayton Murphy and Hagos Gebrhiwet and IAAF Rising Star award winner Sydney McLaughlin are just a few of the stars who will help get the series underway on the US east coast.

Each athlete’s best three results will count towards their point score and the athlete with the most points in each discipline at the end of the tour will be declared the winner at the finale in Dusseldorf.

The series will also introduce a rule change this year in the jumping and throwing events. In addition to the re-order in reverse ranking after the first three rounds, another re-order will be added after the fifth round.