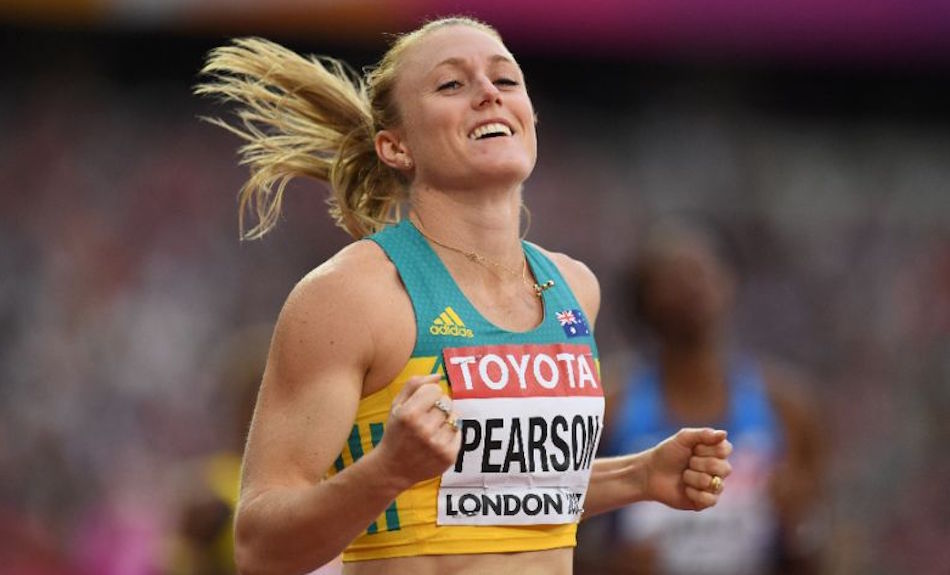 In the fourth and final in our series of previews of the 2018 Australian Athletics Championships & Nomination Trial at Carrara Stadium, February 15-18 we shine the spotlight on the women’s track events. Follow the championships online using the #AthleticsGold and #ThisIsAthletics

Reigning world 100m hurdles champion, Sally Pearson (Qld) will be the headline athlete of Saturday night’s program at the Australian Athletics Championships. She will need to negotiate a heat early in the evening before lining up in the final at 9.05pm to close the evening’s athletics and secure her placed on a record fourth Commonwealth Games team.

“I’m definitely where I want to be at the moment,” she declared after a final tune up at the Queensland Championships last week. “I’m looking forward to some good racing in the next month at the nationals and World Indoors.”

Also searching for a podium finish and a place in the green and gold in April is Glasgow 2014 Commonwealth Games finalist, Michelle Jenneke (NSW) and Perth’s Brianna Beahan (WA) who is just 0.01 second off an A qualifier.

With Melissa Breen (ACT) under an injury cloud, and with Pearson and Beahan concentrating on the hurdles, the 100m looks a wide-open race, with those in contention including Riley Day (Qld), Maddy Coates (Vic) and Ash Whittaker (Vic).

Similarly, it is difficult to get a clear read on who is favourite for the 200m with five athletes lining up with qualifiers, led by the only A qualifier, Ella Nelson (NSW) who has flown in from the US for the race. Just a little over one tenth of a second separate Coates, Day, Jessica Thornton (NSW) and Anneliese Rubie(NSW). Sitting outside the qualifiers, Sydney’s Larissa Pasternatsky has been in good form, claiming the NSW sprint double recently.

“It is going to be very stiff competition out there and I’m nervous for it already,” Day said. “I will do the best I can and that is all I can do. I’m working really hard to get into that relay squad for the Commonwealth Games. So, trying to be consistent with my times.”

It looks just as close in the 400m between Rio Olympians Morgan Mitchell (Vic) and Rubie following their recent ACT Championships clash where just 0.09 seconds separated them. Commonwealth Youth Games champion, Bendere Oboya (NSW), a revelation in 2017 has two B qualifier marks to her credit.

Form is a little clearer in the half-mile with London World Championships competitor, Georgia Griffiths(Vic) undefeated over the distance this summer. Three of the B qualifiers, make the start line, including teenager Keely Small (ACT), Brittany McGowan (Qld) and Abbey de la Motte (Tas).

A couple of good domestic wins this summer positions Linden Hall (Vic) in line to challenge Heidi See(NSW) seeking a fourth consecutive national 1500m title, or could another two athletes, holding Commonwealth Games A qualifiers, Zoe Buckman (Vic) and Jenny Blundell (NSW) put their hand up? What we do know is combined they are a group of Australia’s fastest metric milers in history.

The 5000m will be held on Friday evening, but for some athletes also competing in the 1500m, it is positioned between their heat (Thursday) and final (Saturday). Linden Hall will not attempt the double, however reigning national champion is both the 1500m and 5000m, Heidi See, who holds down B qualifiers in both events, is entered for both events. Third in the Zatopek 10,000m and still in the mix for discretionary selection there, Eloise Wellings (NSW) will be hoping to shore up selection in the 5000m. Other serious contenders for this title are Olympic finalist, Madeline Hills (NSW), returning from injury and two athletes already selected to the Commonwealth Games team, Celia Sullohern (NSW and Jess Trengove (SA). Two others to watch in this open race, include: 2014 Commonwealth Games representative Emily Brichacek (ACT) and Glasgow 1500m finalist Melissa Duncan (Qld).

National 3000m steeplechase record holder Gen LaCaze (Vic) has been the standout competitor in this event over the last 18 months, but behind her there is a close pack of contenders for the podium. Paige Campbell (NSW) claimed a decisive win at the Hunter Track Classic over all the B qualifiers, including dual-Olympian Vic Mitchell (NSW). Charlotte Wilson (Vic) is another improver this season, with the first sub 10:00 minute times of her career.

Ten-time national champion, Lauren Wells (ACT) looks unstoppable in the 400m hurdles, but could she also win her second national long jump medal, first won 11 years ago. In the hurdles, all round sprinter/hurdler Daniela Roman (Vic), has found her niche in the quarter-hurdles and sliced nearly two seconds from her personal best to nail a B qualifier in January.

In the T35 100m world champion and world record holder, Isis Holt (Vic) who has already been named in the Commonwealth Games team, will put on a master class of elite para-athlete sprinting or the crowd at the Carrara Stadium. Seeking selection also will be a couple of seasoned internationals, Brianna Coop(Qld) and Carly Salmon (NSW). The T38 100m is a more open event, with four B qualified athletes chasing selection. However, the favourite is Western Australia Ella Pardy who ran 13.68 to placed sixth at the Para-athletics World Championships last July.

Domestically she has been under 14 seconds in a couple of races, indicating her good recent form. Finishing one place behind Pardy at the world championships, Erin Cleaver (NSW) will be juggling this and the long jump as she pursues selection in both events. She also has to battle another Perth athlete, the emerging Rhiannon Clarke. The fourth athlete is world championships 400m medallist Torita Blake(QLD), who is battling the challenge of moving down from the 400m. How is she progressing with the challenge?

Two greats of Australian wheelchair athletics, Angie Ballard (NSW) and Madi de Rozario (WA) head up the T54 1500m at the national championships. De Rozario is comforted in the fact she has been selected for the team courtesy of her bronze at the London world championships. Ballard, the reigning Commonwealth Games champion in this event from Glasgow should stroll onto the team. The challenge is can London Para-athletics World Championships tenth place getter Jemima Moore (Vic) or two-time Commonwealth Games medallist Eliza Ault-Connell (NSW) turn back the clock and secure a place for the Gold Coast.

A live stream will be available across all days of the Championships via the Athletics Australia website, with up to the minute action delivered across Athletics Australia’s social media platforms. You can follow the action by using the #AthleticsGold.

Live results can be found at live.athletics.com.au