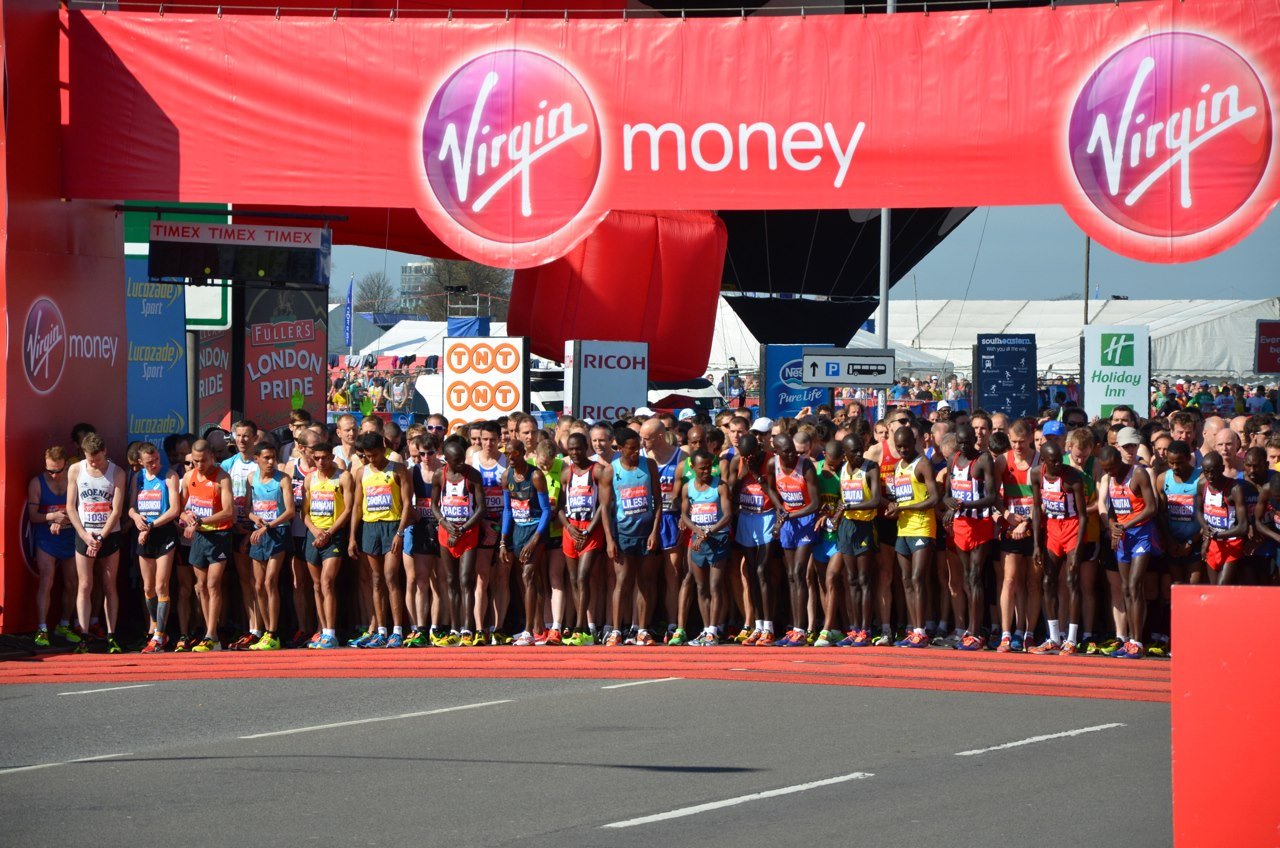 Facebook
Twitter
Pinterest
The Virgin Money London Marathon is the world’s largest one-day fundraising event and more than 75 per cent of the 37,000+ runners on Sunday 24 April will be raising money for charity, adding to the incredible total of £770+ million raised in the first 35 years of the event.
Here are some of their stories:
London-based Orin Lewis (OBE) will be running in memory of his son Daniel De-Gale who in 1999, aged six, was the first black individual in the UK to receive a life-saving stem cell bone marrow transplant from an unrelated donor. Daniel beat the leukaemia but died in 2008 from multiple organ failure. Orin is hoping to raise £20,000 for the charity African Caribbean Leukaemia Trust (ACLT), the charity he and his wife Beverley founded 20 years ago.
Running in memory of her daughter Pennie, is Natasha Greenway from Caerphilly in Wales. Pennie was in cardiac arrest when she was born in July 2015 and despite the best efforts of the medical team, Natasha and her husband had to make the heart-breaking decision to turn off the life support machines. Now, Natasha and her sister-in-law Emma will run to raise money for the charity The Lullaby Trust, which has supported their family through their loss.
After her own personal battle with a rare and aggressive form of cervical cancer, West Lothian resident Heather Duff will be running to raise money for the charity Cancer Research UK. Now in remission, Heather will be making her London Marathon debut after running the Mini London Marathon in 1999 aged 12. She promised herself that she would one day return to take on the 26.2-mile challenge and will fulfil that promise on 24 April for the charity she credits with saving her life.
Family rivalry will take centre stage when Nicholas Finill runs the London Marathon for the first time alongside his father Chris, one of only 12 ‘Ever Presents’ who have run every London Marathon since its inception in 1981. The last of three siblings to follow in his father’s footsteps, Nicholas is running in support of the Orchard Vale Trust, a charity that improves the quality of life for people with learning disabilities and their families.
Grace Havard will run the London Marathon two years after a car accident left her in an induced coma. She was left with 28 broken bones, a punctured lung, her liver split in half and part of her bowel removed, and skin grafts on her thighs and arms. Having made a swift and miraculous recovery, Grace has now set her mind to running the iconic course to raise money and awareness for St George’s Hospital, where she was cared for in the aftermath of the accident.
Every year, the Virgin Money London Marathon press office receives hundreds of moving and inspiring stories from the thousands of runners who are preparing to take on the challenge of running the marathon. One runner taking that challenge to new heights is Ben Smith from Bristol who is not only running a marathon on 24 April but aims to complete 401 marathons in 401 days, across 309 locations in the UK. The London Marathon will be number 237.
Ben is hoping to raise £250,000 for the charities Stonewall and Kidscape in their bid to tackle the issue of bullying in society, particularly in schools. Having suffered from bullying himself, Ben knows the trauma and destruction it can cause after he twice tried to take his own life as a young adult. Now 33, he is hoping that his epic challenge can help others learn that no matter what happens in life, there can be a positive outcome.
This is just a small selection of stories from this year’s runners. Read more here.