Home Features When Will People Run A Marathon In Less Than 2 Hours? 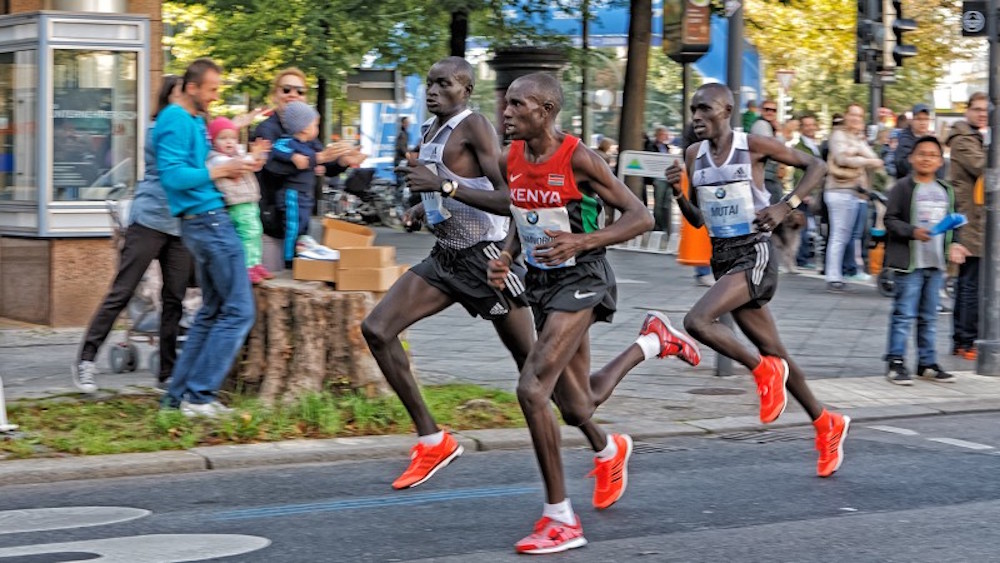 Note: Times have been update by RT to reflect the current world records.

Friday, four researchers came together to discuss what it takes for top athletes to go even faster, at a session during the annual meeting of the American College of Sports Medicine, in Orlando, Florida, titled “The 2 Hour Marathon and Human Performance.”

Sandra Hunter, an exercise scientist at Marquette University, in Milwaukee, began the discussion by trying to identify the women’s marathon time that would represent a comparable accomplishment to a 2-hour men’s finish.

Hunter said that Radcliffe may have already broken that barrier. The next best women’s performance is nearly 3 minutes slower. Hunter said that after doing some statistical and other analyses, a performance comparable to a 2-hour finish in a men’s marathon has either been achieved or is very close to Radcliffe’s world record.

Next, Michael Joyner, a physician-researcher at the Mayo Clinic, in Rochester, Minnesota, explored the history of the marathon and its best performers. He discussed that runners from different countries and ethnicities have taken turns dominating distance running events, from the Finnish in the early- to mid-20th century, to East Africans today.

He described efforts to search for genes for elite athletes and genes that respond to training, from heart size, to muscle blood flow and muscle enzymes. So far, he said, there are no obvious answers. This most likely is indicative of a very small chance that genes are a huge component in the difference between excellent athletes and the very best.

He added that one unknown in improvements over time is the use of performance-enhancing drugs.

Joyner did indicate that men’s performances probably have room to improve, based on what the best times for the 10,000 meters would predict, even when allowing for the inevitable slower pacing of a marathon.

Andrew Jones, an applied physiologist at the University of Exeter, in the U.K., followed. He described the physiological factors required to finish a marathon in less than two hours.

As might be expected, taking nearly 3 minutes off the world record would require a phenomenal performance, but Jones indicated that it is possible. In fact, he said that if a group of the world’s best marathoners met on an ideal day, on a flat course, and ran together in order to draft off each other — reducing the amount of energy required to cut through the air — that those factors could improve performance by more than 3 percent. Simple teamwork among competitors, without working harder, could drop the time for a best effort very close to or below the 2-hour mark.

But Jones also outlined the measures that would be required to reach the barrier. He said runners would need to hit very strenuous marks of 75 to 85 milliliters of oxygen per kilogram of body weight per minute — rates of around 50 are considered good or even excellent in adults. They would need to sustain activity at 75-85 percent of that limit for the entire two hours, and also be able to meet a high mark in what is called running economy — the amount of oxygen used per kilogram of body weight to travel a kilometer.

He said it may boil down to economics. If a marathon were to offer a prize of $5 million for finishing in less than two hours, he said they might be able to gather enough exceptional runners, in the best shape, on the best day, on a fast course, in order to share the pacing and drafting and smash the barrier. He also mentioned that runners traditionally begin competing in the marathon relatively late in their careers. If runners began competing in marathons at a younger age, such as during their early 20s, they might improve their times.

To finish up the discussion, Alejandro Lucia, an exercise physiologist at the Universidad Europea, in Madrid, discussed the question: Are we genetically predisposed to run a sub-2 hour marathon?

Lucia highlighted that the speeds required to finish a marathon in two hours are considerable — it would be over 21 kilometers per hour, about 13 mph. A runner able to do that needs both endurance and considerable power, he said. This means that the runner might need adaptations in the muscle for both speed and endurance, and that muscles that are better able to process multiple sources of energy might be helpful. Both of these factors could have genetic components.

Lucia said he doesn’t think humans are genetically predisposed to run a 2-hour marathon, but he does believe it will happen during his lifetime.