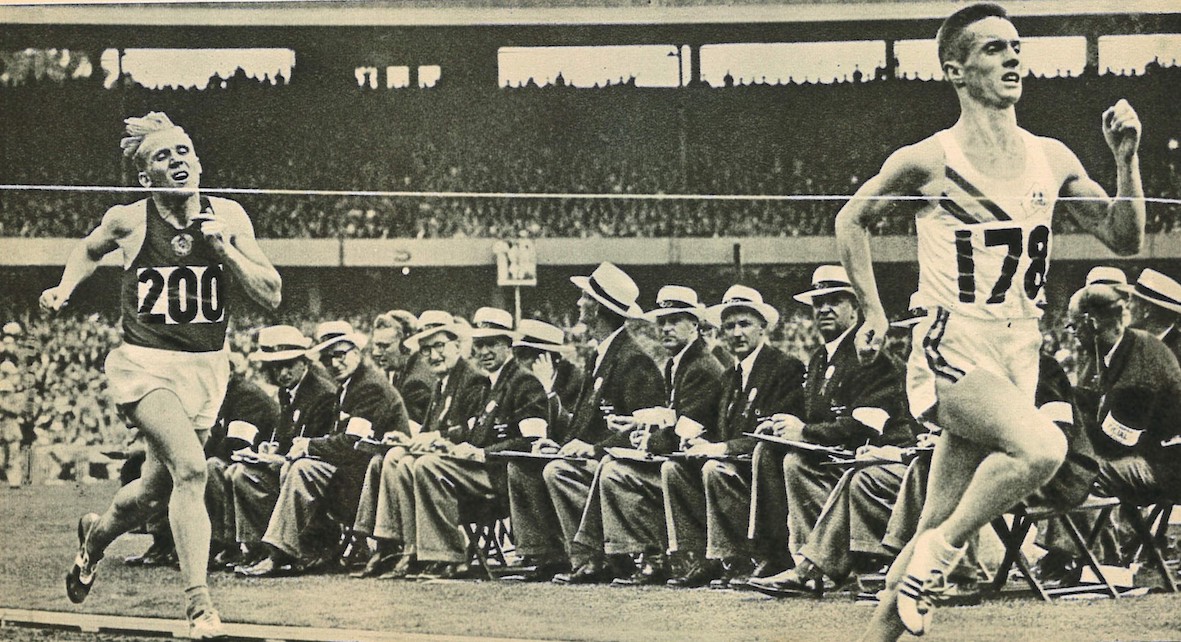 If, like me, you take a passing interest in the NCAA cross-country championships, it may start and finish with Morgan McDonald’s victory in November 2018. Or maybe you have firm memories of Pat Tiernan’s win in 2016.

Perhaps it goes a little deeper still and you recall that Michael Power finished second back in the noughties as did David McNeill in more recent years. Runners of my generation may know that Garry Henry was fifth in 1980.

You are really starting to dig deep if you know that Australia’s only other winner in NCAA cross-country history was Al Lawrence. The 1956 Olympic 10,000 metres bronze medallist won in 1959 and again in 1960 representing the University of Houston.

That sort of knowledge would probably get you an honours degree in Australian cross-country history. You could upgrade that to a doctorate, however, if you are aware of the next bit.

Lawrence not only won in 1960, he also led Houston to the team title (the men from Texas had finished third the first time he won the individual title). The team was dubbed a ‘foreign legion’ in reports of the race. None of the five scoring members was US-born.

Further, the Houston ‘foreign legion’ was predominantly Australian. Three of the five were men from Down Under. Lawrence, of course, but also Barrie Almond who finished eighth and Pat Clohessy, eleventh. John Macy, born Jan Miecznikowski, was a Polish athlete who had presented to the US embassy in Bern, Switzerland at the 1954 European championships. He moved to Buffalo, New York, where he had relatives, before being recruited to Houston by coach Johnny Morriss.

Macy finished second to Lawrence. The fifth finisher, in 50th place, was George Rankin, a Scot. Five finishers, five scoring members, three Australians. Surely, Al Lawrence, Barrie Almond and Pat Clohessy were the east Africans of their day. My knowledge of NCAA cross-country history is less than encyclopedic, to say the least, but the only similar dominance I could quickly find was the 1981 race, won by the University of Texas at El Paso (UTEP), which fielded a South African (winner, Matthews Motshwarateu), two Kenyans (Mike Musyoki and Gabriel Kamau, second and third) and two Tanzanians (Suleiman Nyambui and Gidamis Shahanga, seventh and eighth).

Al Lawrence and his teammates broke up the hegemony of Michigan State, which had won four of the previous five championships, helped in some measure, you would think, by the fact that the university hosted the championships throughout that time.

The 1960 championship report by Track & Field News notes that “most team . . . concentrate on hill practice to prepare for the up=and-down Michigan State golf course.” Houston, however, had no hills, which was not the handicap it would appear, according to Lawrence.

“If you once learn the technique of running hills and if you are fit,” Lawrence told the writer, “there is no point in practicing on them.”

That may be a matter of contention, but Lawrence’s next point was spot on the money.

“Besides,” he added, “what you do to your rivals before the hills matters just as much.”

The other big advantage the foreign runners enjoyed at that time is that they were often men at the top of their game racing against younger college student on the way up. Lawrence was 29 the first year he won the NCAA race and 30 when he triumphed again. The average age of the five Houston scorers was 27.

That said, however, three days later Lawrence won the AAU national championship race in Louisville, Kentucky, against all comers. It was also his second straight victory in that race.

The other angle about the Houston team which attracted widespread media attention was that they travelled to the competitions in coach Morriss’s car, a big station wagon which went by the nickname of ‘The Blue Goose.’ You wouldn’t think that would put you at any advantage, but it certainly didn’t do Houston’s foreign legionnaires any harm.

Many Australians followed Lawrence, Clohessy and Almond to Houston in those days. Unable to run the NCAA race because he was not yet eligible was Geoff Walker, who did run the national championship three days later, finishing fifteenth. Bob Cozens and Greg Robinson arrived at the same time. Still others followed, including a miler named Elliott – Herb’s younger brother Laurie – and Alan Irwin.

A colourful adventure it might seem, but the 1960 group didn’t do it easy. A Sports Illustrated story on Al Lawrence’s double-double concluded with an observation from US athlete John Gutknecht, who finished third in the national title.

Watching the Houston runners cram bodies and bags into the vehicle, Gutknecht said: “My God. They’re all really going home in that thing. They told me they were, but I thought they were pulling my leg.”

There’s quite a few Australians among the individuals and teams to have qualified for this year’s championships on this weekend (Saturday, 30 November local US time) in Tallahassee, Florida.

Lachlan Moorhouse profiles some of the best of them in this preview on Athletics Australia’s website (https://www.athletics.com.au/news/ncaa-cross-country-championships-preview/ ).

If any do as well as Al Lawrence and his Aussie teammates did in Michigan 61 years ago, it will indeed be something to celebrate.