FinalSurge.com is the training and coaching platform that empowers athletes and coaches to reach fitness and performance excellence like never before. The new Final Surge App makes it so easy to track workouts… that workouts actually get tracked… and the workout tracking contains the detailed data needed to optimize your training to get maximum results without injury.

But before we talk about the new app, let’s take a look at the Final Surge training and coaching platform. Final Surge is used by athletes, coaches and teams of many sports around the world where performing your best is what it’s all about.

So the expectations for the new Final Surge iOS App were running pretty high, and they didn’t disappoint (Android coming October 2017).

Key features of the new Final Surge App include a Daily View that shows detailed workout data for each day and is color-coded to show whether the workout was completed as planned. The Weekly View doesn’t require you to awkwardly put the phone into landscape mode and shows planned and completed workout totals by type to confirm with just a glance if you are on plan.

The Complete As Planned button on the workout entry screen automatically enters Distance, Duration, and Pace, plus it’s easy to add How You Felt, your Perceived Effort, and Workout Notes. The App automatically syncs through platforms like Garmin Connect®, Strava®, MapMyRun®, and others.

The App shows laps/splits, the workout map and route, selectable workout graphs and charts, and training zones, gear, corrected elevation, weather, and more. The App uses the familiar text messaging format for conversations between coach and athlete for each workout.

Unlike other apps, log in only once if you are both a Coach and an Athlete. Coaches can easily access, review and manage their athletes’ and teams’ workout calendars. Team calendars, internal message boards, and individual messaging make this App ideal for high school, collegiate, professional and club teams. 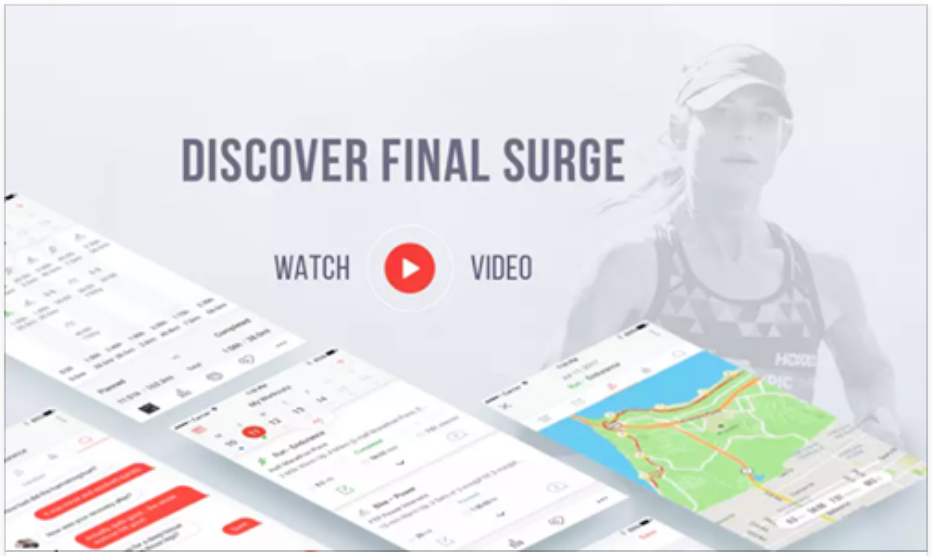