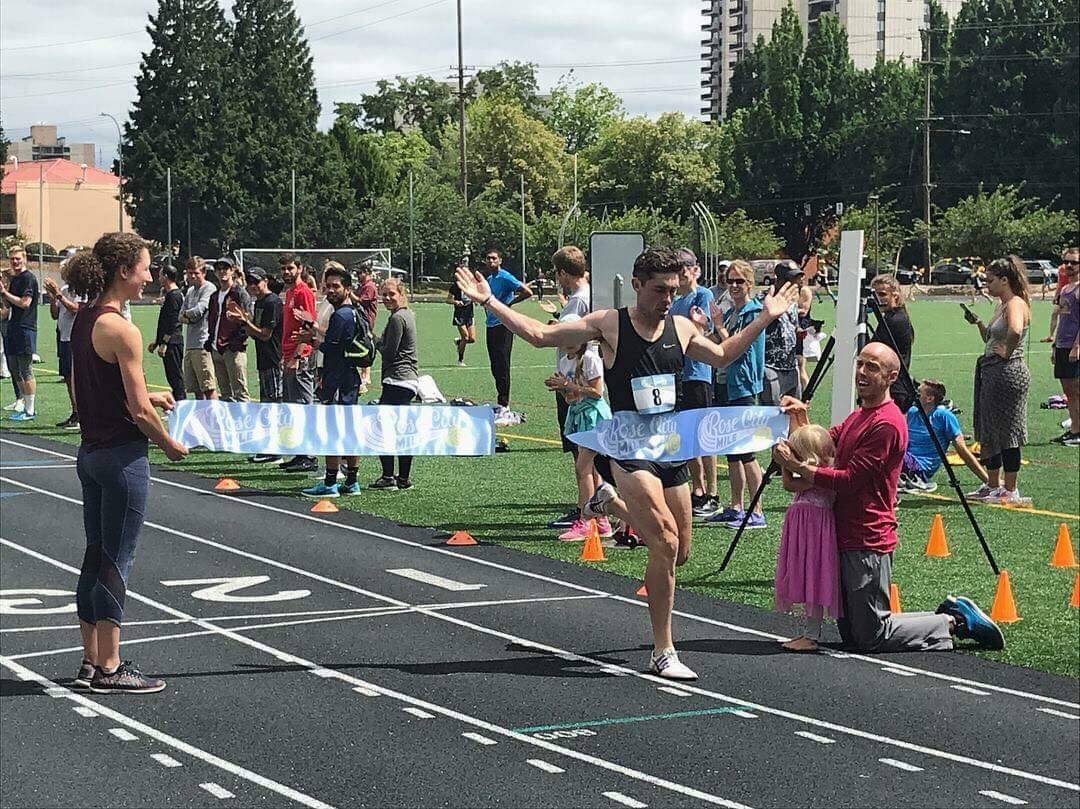 Facebook
Twitter
Pinterest
[private]I’d like to start by saying it is an honour to be able to write this small piece. I think I can safely say that writing about yourself is nearly harder than any session!

My name is Jordy Tyler. I am a Tasmanian middle distance runner focusing predominately on the 1500m at the moment, but also starting to dip my toes into the 800m and 3km. Most of you won’t have heard the name before as I am relatively new to the Australian senior distance running scene. 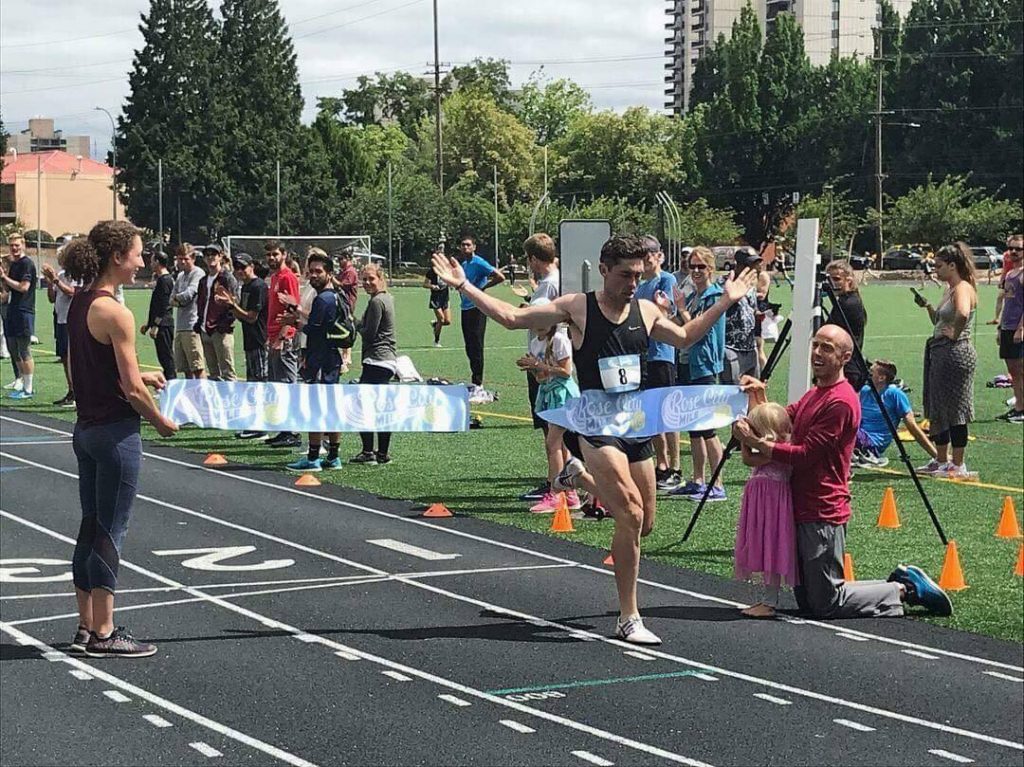 I am currently based out of my hometown of Launceston in Tasmania, but train under Philo Saunders as part of the Run Canberra squad. This is a recent move; I was coached by an ex Tasmanian 800m athlete (my old school teacher) David Rae, who still comes and watches/oversees my sessions when I am back at home. I currently split my time between Launceston and Canberra, but will look to make the permanent move up later this year. The decision to move across to train with the Run Canberra squad was an easy one to make for me, it was a step that was necessary for my continued development as an athlete and to put myself out of my comfort zone and really see how far I can push myself. At home I train completely solo, and so the lure of having a squad of athletes to train with was one that was incredibly enticing to me. From training by myself on the grass ovals at home, to training alongside Australian representatives such as Jaryd Clifford, Michael Roeger, Keely Small and of course Philo himself was quite a change. The depth of knowledge and professionalism they have is infectious and I am still continuously picking up things just from being around them. Our squad ranges in all ability types and the training atmosphere is unlike anything I have experienced. The banter levels are extremely high but the work gets done. It really is a great team environment that promotes helping everyone achieve their absolute best and enjoying training. I certainly would never have been able to get back to where I am without them, both on and off the track. 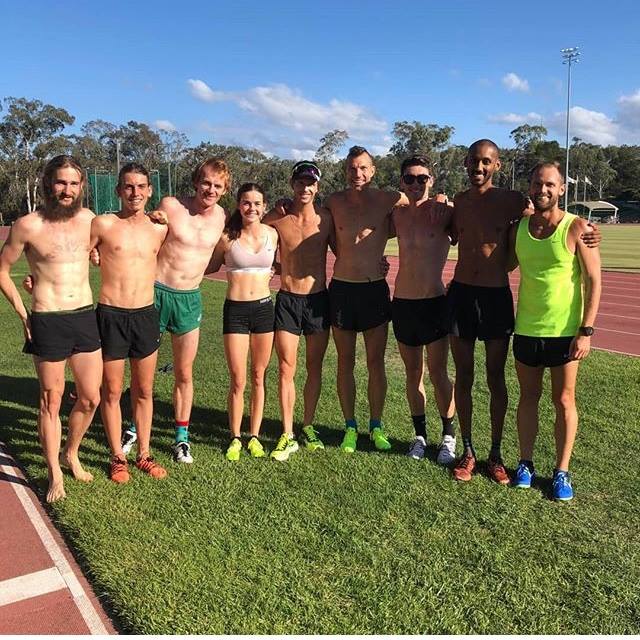 My story of senior athletics is a rather sudden one, coming off a mildly promising junior career it took me a couple of years to find my feet in the senior ranks. Struggling with managing injuries was the big problem.  Coming off a broken navicular in Year 11, I managed to get through my last junior year in tact, although not fit. But suffering four lower leg stress fractures over the next two years, whilst placing last in my heats at my first two attempts at open nationals (although in Pbs), really showed how tough the step up was going to be. I needed to find some consistency and stay injury free. At the start of 2017 I made the call to go up to Falls Creek, I was barely a sub 4min 1500m runner, a nobody. This turned out to be a life changing decision, I got in my largest block of injury free training, fully embracing the Falls lifestyle and loving every second of living like a ‘pro’. Getting a last minute start at the Hunter Track Classic in the ‘B’ 1500m was a shock, but I was eager to race. I walked away from that race with 3rd in 3.51 and a 6 second PB, a result I couldn’t even begin to fathom. Unfortunately that was to be short lived, suffering yet another stress reaction shortly after. Luckily the reaction was caught quickly and I was back running soon after although not fantastically.

Being offered a spot to race the Canberra Grand Prix meet I hesitantly accepted. Although not performing well and pulling up very badly, it brought about a conversation with a friend about a potential spot on a the annual Athletics Australia training camp to Flagstaff, Arizona later in the year. In a blur, two weeks later I was booked and confirmed to be heading on my first overseas training camp.

The lead up to Flagstaff was far from perfect, only being able to start jogging again two weeks out after having three weeks off. I entered camp not knowing anybody, unfit and nervous. It was here I first met Philo, he let me join in with all his sessions, gave me pointers and really guided me through a very gruelling month in the mountains, he became a real mentor. I flourished in that month up at 2200m, my training increased drastically each week.  A month later I was ready to roll physically and mentally. I flew to Portland, fit but nervous for my first International racing experience. Even I couldn’t have predicted my result, coming away with two Pbs from two races and taking another 5 seconds off my time running 3:46 at the Stumptown Twilight meet. A perfect way to finish my trip. Unfortunately a couple of weeks later, after returning home, I suffered a fully fractured lower tibia and that was it for the rest of the year.  I was happy none the less. I knew if I could run that off a months training, imagine what could happen with 6 months training.

2018 has been a year of re-building, focusing on getting in large blocks of consistent training and getting my confidence back.  I look forward to returning back to Australia shortly for a winter of more solid base work, possibly chasing some road races over the longer distances and just getting back into the swing of things again  following this successful stint of training/racing over here in the US/Canada.

My training program is probably different to most of the middle distance guys going around. Its relatively low mileage as I have a severe history of multiple stress fractures. Philo has managed to put together a progression program that has allowed me to get into race shape without going overboard on mileage. This has allowed me to have my longest stint of UN-interrupted training without ever hitting maximal mileage. 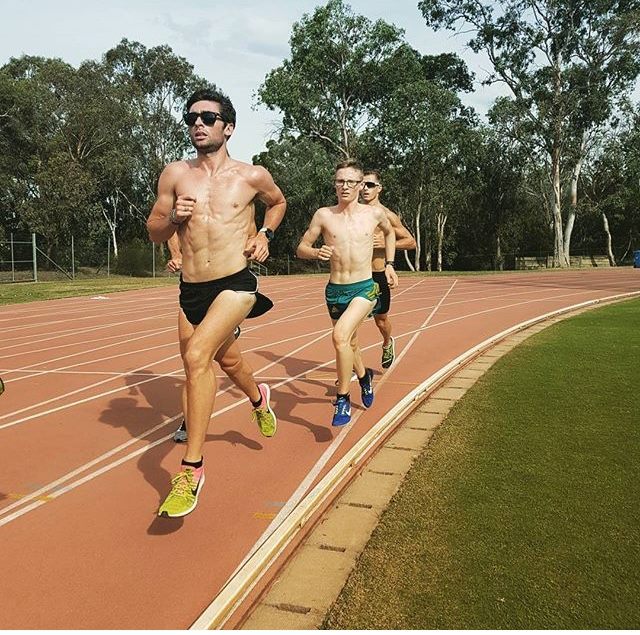 4 of my key sessions this season have been:

This is my go to session before a race, usually a week out it is my last proper hit-out on the track and gives me a good indication of where I am at. I tend to know I’m in good shape if I can avg around 63/64s very comfortably, with the earlier reps being slightly slower and the last couple faster.

This is my favourite session that I have picked up from falls creek which we have adapted it recently into my regular training schedule. It is probably the most physically exhausting session in my program but after it, you feel like you have made massive gains. Trying to hit sub 2.50s in the thin air at falls is the norm and still gets you dropped. Doing this session when I am back in Tassie by myself is an absolute killer!

I personally find this an important session for 1500s.  We have spent a lot of time working on building up my aerobic capacity this season as it has by far been my weakness moving up from the shorter distances. This has been a key session we visit regularly to get me up towards where I need to be aerobically. The threshold distance varies from 3km up to 8km, usually trying to avg around 3:00/3:05 pace for the thresholds and the hills are generally shorter and faster, anywhere from 150m- 400m in length. [/private]