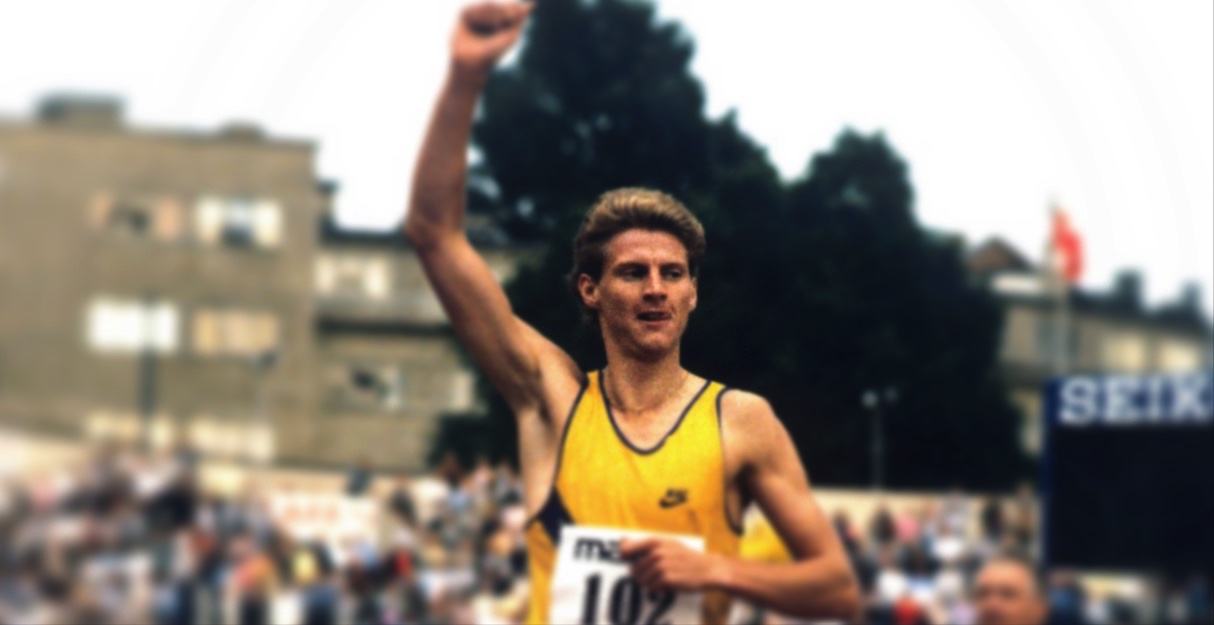 The 1980’s were an era in which male middle distance running was dominated by Britain. The British dominance was total and overwhelming, much like the stranglehold that the Kenyans have held over the 3000m Steeplechase or the Ethiopians have over the 10,000m during the Gebrselassie, Bekele era.

In 1983, at one stage over the 1500m, Britain was the owner of the Olympic Champion (Seb Coe), World Champion (Steve Cram) and World Record holder (Steve Ovett followed by Steve Cram). The argument as to who was the best out of Coe, Ovett and Cram will last the test of time, none to say, it isn’t a debate with a finish line.

Steve Cram was born in Jarrow, Tyneside, England in 1960, with a whole lot of talent. Over a 19 day period during the European summer of 1985 Cram, nicknamed “The Jarrow Arrow”, set the running world alight, clocking world records in the 1500m, 2000m and the mile. Still considered one of the best middle distance runners to ever live, Cram was honourably the first man to run under 3:30 for the 1500m. Cram’s championship highlights include winning 1500 metres gold at the 1983 World Championships, winning three Commonwealth Games gold medals, two European Championship gold medals and silver at the 1984 Olympic Games 1500m.

Here we take a look back over Cram’s career and rank his top-5 performances of all time. 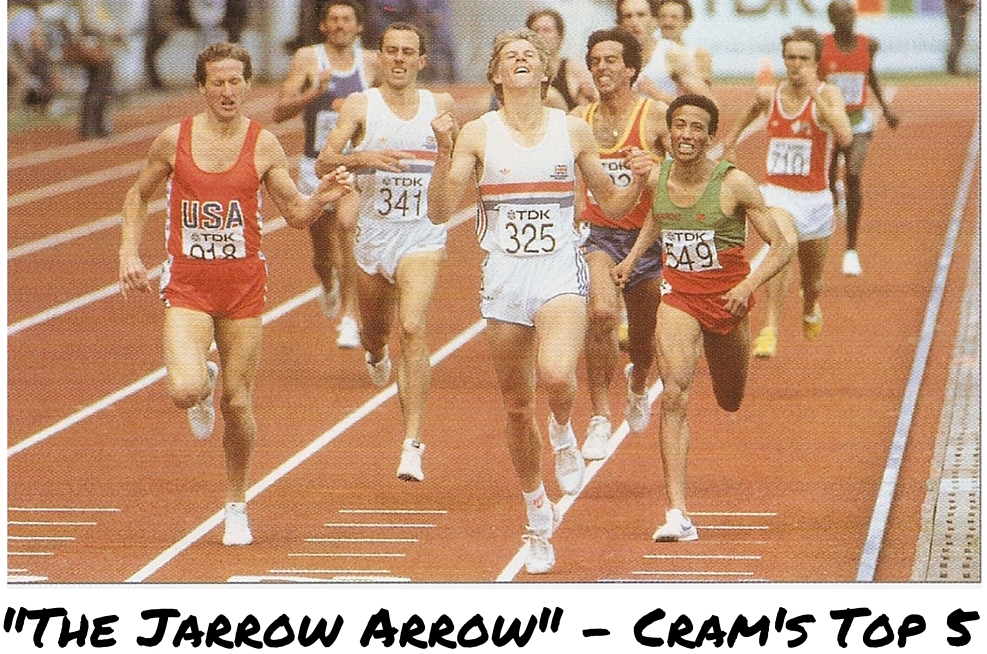 “It was a cat-and-mouse affair – we both started off running at the back of the field. I beat him by little more than the thickness of a vest.” – Steve Cram (Quoted in “Face to face: Steve Cram”, by John Gibson, May 2, 2006, The Sunday Sun).

No race throughout Cram’s career exemplifies his courageous nature better than this cat-and-mouse duel with Steve Ovett. Cram took off with a lap to go and led Ovett by a mere whisker all the way to the line. A quarter of a century later this race is still considered by many to be one of his most memorable of all time.

Cram was without doubt more suited to the 1500m/mile rather than the 800m. Whereas many of his competitors, such as Ovett and Coe, had brilliant accelerations, Cram was more of a runner who wound up over the final lap of a race, gradually increasing the pace during a drawn out kick for the line. His overwhelming talent for the longer distance and his lack of true top end speed is what made this victory over the reigning 800 metre Olympic Champion, Joaquim Cruz, in 1:42.88, so special.

It is hard to not elevate this race to a better position than number 3. However, hopefully the quality of the top two selections will help to justify the decision.

This race, at Oslo’s Bislett stadium in 1985 produced a world record for the mile of 3:46.32. The record stood for eights years and is still today the European record. The race is famous as being a true tactical affair against Seb Coe which saw various changes in pace. It has been speculated that if Cram had run the race with even splits, he would have recorded a time around 3:45.00 – 3:45.50 (equivalent to 3:28.33 – 3:28.80 for 1500m using the accepted conversion factor of 1.08).

The 1983 Helsinki World Championships marked an epic duel between Cram, Ovett, Steve Scott and Said Aouita. In what turned out to be a tactical affair, Cram managed to outkick Scott and Aouita over the final 200m to become a world champion. The kick was brutal, but it was the scalps he took to take his first and final world crown that make this race one of Cram’s greatest ever.

Few races in history compare to this epic encounter between Cram and the rising Moroccan star Said Aoutia in Nice, July 16, 1985. Cram (3:29.67) narrowly held on to eclipse a fast finishing Aoutia (3:29.71) as both men became the first to break the 3:30 barrier. Cram’s drawn out surge for the line was mesmerizing, whilst Aoutia’s final 100m was astonishingly fast. The intense battle with Aouita, and the breaking of the huge 3:30 barrier for the first time, thus handing Cram the world record, make this race hard to go past as being the highlight of Cram’s career.

Written by Sam Burke for The Runner’s Tribe.