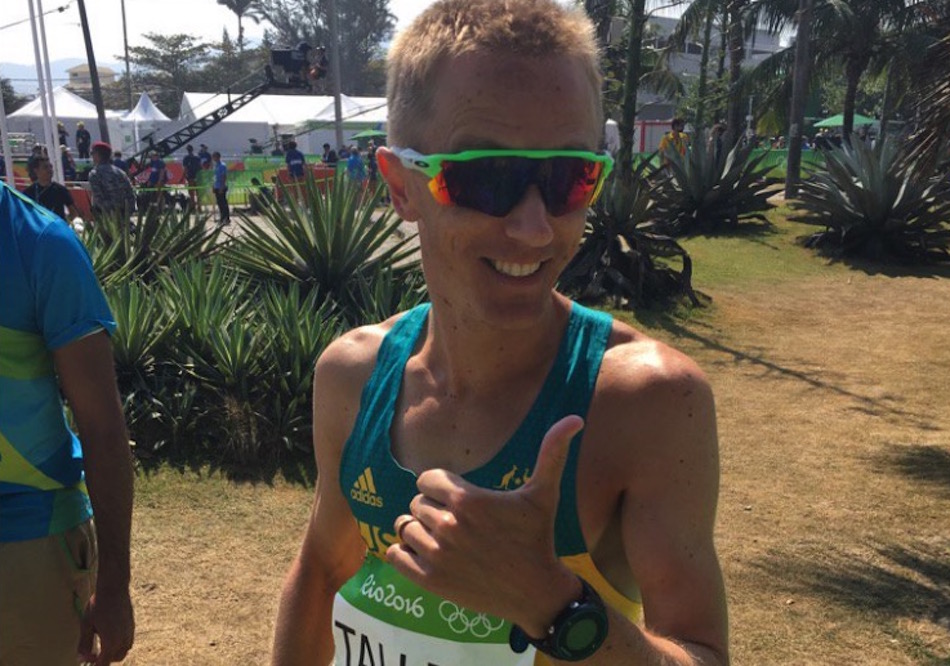 Australia’s Jared Tallent has taken silver behind World Champion and now Olympic Champion, Slovakia’s Matej Toth in Rio. With a late surge past Tallent, the Slovakian won in 3:40.58, placing him 18 seconds ahead of the Aussie. Japanese walker Hiroki Arai took bronze.

On crossing the line, Tallent had fought hard. He had to be wheeled from the track in a chair. He had given everything and then some.

“I tried to do everything I could to win but my legs were just shot, I just couldn’t hold on,” he said.

It would have been the first time he crossed the finish line at the Games in first, place. He originally took home the silver medal in London, however, was awarded gold earlier this year when 2012 winner Sergey Kirdyapkin had his win stripped for doping.

With no suspicions currently around the race, Tallent was rightfully pleased with his performance.

“I’ll be proud to stand up on the podium with those guys. It’s very different from London, there are no suspicions this time around.”

“It was a good group, I didn’t have to worry about any cheats in the race that were going to spoil the party for all the clean athletes,” he said.

Runner’s Tribe Columnist, Len Johnson will be doing a further write-up on this event from Rio. Stay tuned.