Home Features Sub 2:15 in Fukuoka – Q&A with Thomas Do Canto 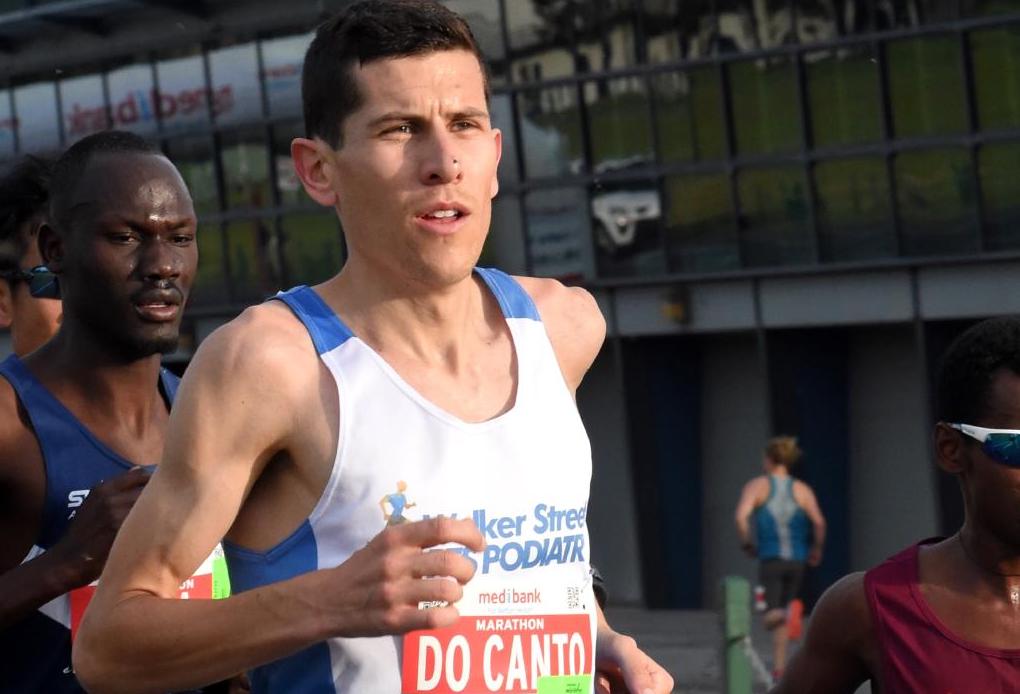 Last Sunday, Australia’s Thomas Do Canto clocked a 6 minute PB and a Commonwealth Games A-qualifier by running 2:14.59 at the Fukuoka marathon.

Runner’s Tribe caught up with Tom for this Q&A.

Firstly congratulations on your outstanding sub 2:15 marathon at Fukuoka! What are your thoughts on the race and new PB?

I’m happy to come home from Fukuoka with an almost 6 minute PB and a Commonwealth Games A-qualifying performance. Everything about the race is set up to enable fast times – weather, course, competition and crowd support.

Were you confident going into Fukuoka that you’d run as well as you did? What was the race plan?

I was confident I could run under 2.16, how much under I wasn’t too sure as the lead up wasn’t ideal. The plan was to go out in the 2.14-2.16 pace range and adjust pace according to feel and how the race unfolded with other runners around me.

What were a few of the races pivotal moments for you?

Passing last years winner at the 23km mark and hitting the turn around point at 31km knowing I was heading back to the stadium and feeling good.

How much did Gary Howard and Ben St Lawrence help you on the road to achieving a new PB?

They’ve been instrumental in my good results in recent years, including Fukuoka. We have a great relationship, I feel like they’re mates as well as coaches.

What did your peak weekly training look in the lead up to Fukuoka?

A little over 200km with 2 sessions + a long run with a tempo towards the end.

How badly did you want to go under 2:15 and did you need find some extra pace and push at the end to get there?

You’re now ranked in the top 40 fastest Aussie Marathoners of all time (39th). Do you believe you have faster times in you and could you see yourself potentially dipping under 2:12 one day?

An exciting part of the result last Sunday was the fact I know I can run a fair bit faster. I’m looking forward to choosing another marathon that will give me that opportunity next year and possibly a sub 2.12 in the process.

How does your work as a Podiatrist fit in with a marathon training schedule?

Running my own podiatry practice in North Sydney can be a lot of work, yet I’m able to set my own in-clinic schedule around training loads and home life. After years of treating other runners overuse injuries, it has given me even more clarity on how to best manage my own injuries!

It would have to be the win at Melbourne marathon last year.

Thoughts on making the team for the GC Commonwealth Games? Is this a major goal?

The main reason for going to Fukuoka was to get a comm games qualifying time on the board that would put me in contention for a spot. I got the time but I’m only 4th fastest within the qualifying period so I may miss just miss out on a spot.

Next race and next marathon on the cards?

I’d like to do SMH half and then I’ll pick a marathon for later in the year, Berlin or Melbourne probably.