In today’s modern society, many factors come into play when saying ‘hello’ to strangers, while out running. Firstly, let me say, I don’t expect anyone to go out of their way to say ‘hello’ to someone, while you’re smashing out a tempo run or in the dazed midst of an 8x1km repeat session on the track. The other apparent time it would be tough to say ‘hello’ would be if you were running down a popular path, passing loads of people at a time. It would be excessive to say ‘hi’ to every person on that path or many people at all. Congestion tends to fade the interpersonal ‘hi’ concept out to a point. Common sense and the moments where you can connect with others while out running are pretty obvious for the most part. With that said there is some grey area here, but there is no failure in trying at the times you think will work best, to initiate the ‘hello’. 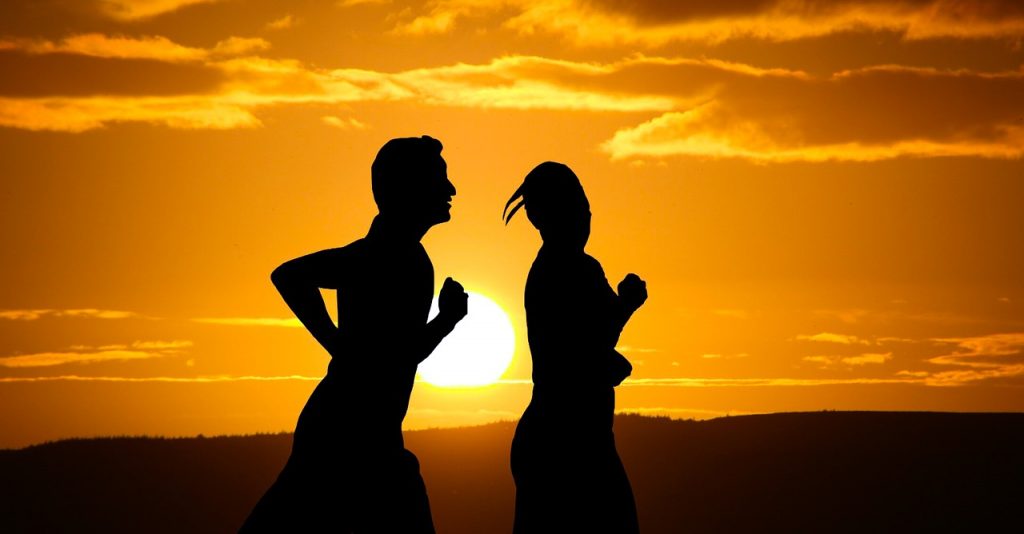 “Everything you want is on the other side of fear.” – Jack Canfield

Don’t be afraid to say ‘hello’. The results of a simple hello, can build confidence and cognitive health for the better. It feels good, and the benefits of connecting with others are contagiously excellent. The concept of pay it forward is simple; respond to a person’s kindness to oneself by being kind to someone else. This makes sense. So a simple ‘hello’, could lead to more ‘hellos’, or something of even more grandeur. The butterfly effect could be actioned for the betterment of humankind if the simple ‘hello’ leads to an even greater good. (In chaos theory, the butterfly effect is the sensitive dependence on initial conditions in which a small change in one state of a deterministic nonlinear system can result in significant differences in a latter state.)

“Be kind whenever possible. It is always possible.” – Dalai Lama

Don’t miss out on a human connection. Don’t miss out on the opportunity to learn something about someone or yourself. Don’t miss out on an exchange in energy that occurs when two or more humans come together. Saying ‘hello’ to strangers doesn’t necessarily guarantee that they will respond in kind, or at all. If people fail to acknowledge your greeting, give them the benefit of the doubt. Forget about it and focus on the next ‘hello’. You never know what has happened in someones day or why they may not want to connect with you at that moment — their loss. Once again, when the moment is right, you should know it, and you will get better at identifying it, the more you practice. 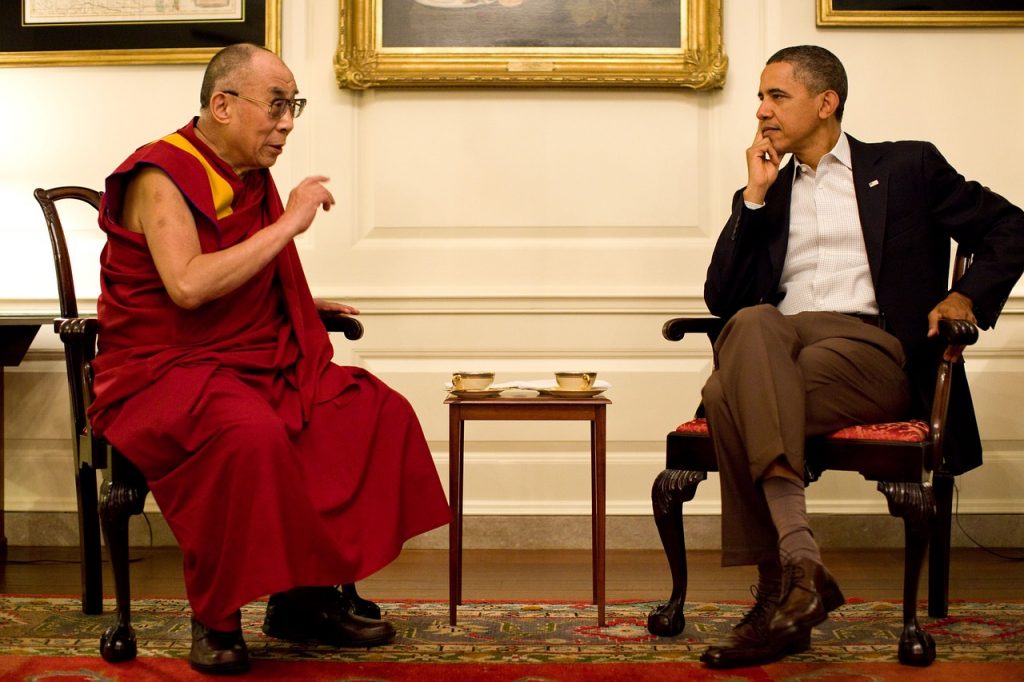 “Love only grows by sharing. You can only have more for yourself by giving it away to others.” – Brian Tracy

As runners, we should share the love. We are out on the roads, trails and paths, being our best self, endorphins flowing along with beads of sweat. We will cross the path of more people, than those that don’t venture out at our speeds and eagerly anticipated geographical journeys.

One of my biggest pet peeves is when fellow runners don’t acknowledge each other. I’ve been out deep in the Blue Mountains running along and have seen another male runner (I’ll go into why I state this person’s gender next). I’ve initiated the ‘hello’ and even ramped it up with a wave, only to receive nothing. I know it was seen. Was this person bonking or deep in meditative thought? Or were they an arrogant asshole who was displaying some idiotic form of perceived power or greatness over me? As a runner, of at times, a few hundred km’s a week, I have come across many people, and have encountered this arrogant kind of person many times. Once again, we must move on and not read into too much. On the flip side, I have encountered many of you wondrous souls out on the roads, and we have shared smiles and many ‘hellos’. To those people, I thank you for sharing the love and kindness to others. I have no doubt whatsoever that you carry this positive nature into all facets of your lives. Kudos! 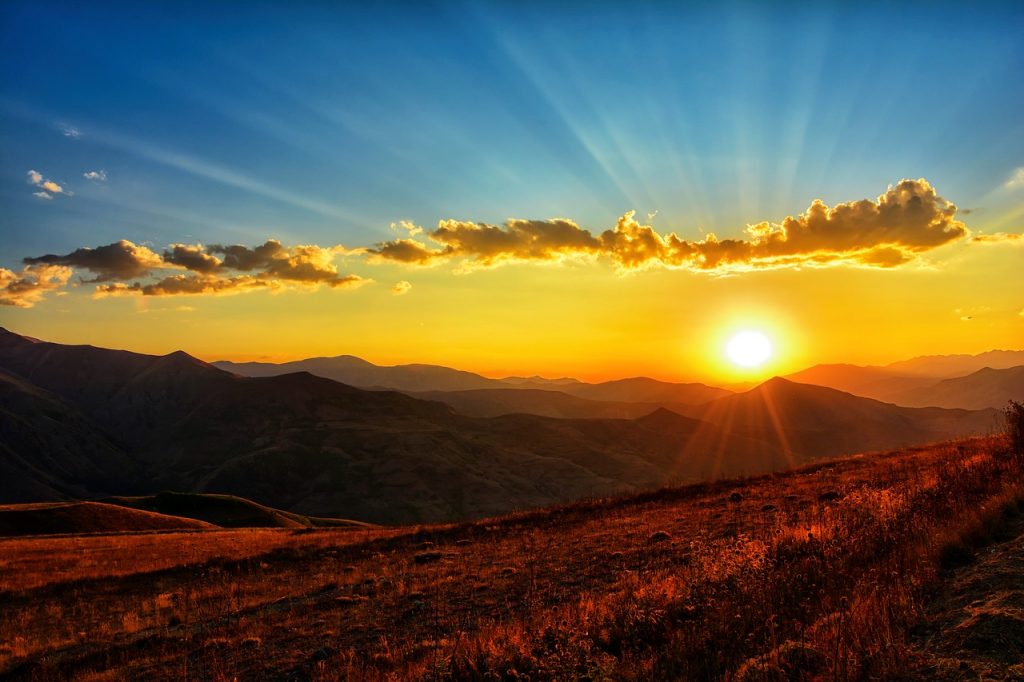 Many of the friendliest runners I’ve come across are the most accomplished runners. Run past former Australian 10km record holder Ben St Lawrence in the middle of the mountains and I can guarantee you, he will interact kindly with you, despite how good or bad he is feeling and make you feel good as a consequence. Jess Trengove is another athlete that comes to mind here. Her smile is infectious and exudes kindness and rippling positivity. There are many more examples of awesome people and role models I could go into, but I’ll save that for another time.

Some times I ask myself if there is there a correlation to the more unnecessary running equipment someone has and their ability to be a cool and kind person? Common sense tells me, this premise is not valid for the most part, but at times there is some truth to it. Reflecting on these words, it’s an average theory as some people may need all that gear. Also, who am I to judge?

Now onto the gender factor of saying ‘hello’. I know a good number of guys that think if a woman responds to their hello while out running, that it is a sign that she has the hots for him. Once again, in most instances, this is blatantly incorrect, and you’ve just come across a nice person. Hence, don’t read into the reciprocated ‘hello’ too much, and don’t focus your ‘hello’ on people who you find ascetically pleasing. Try the opposite. Try it all. Sometimes it may be harder for someone to say ‘hello’ in the middle of an isolated trial through fear. Again a topic, to be further explored later on. 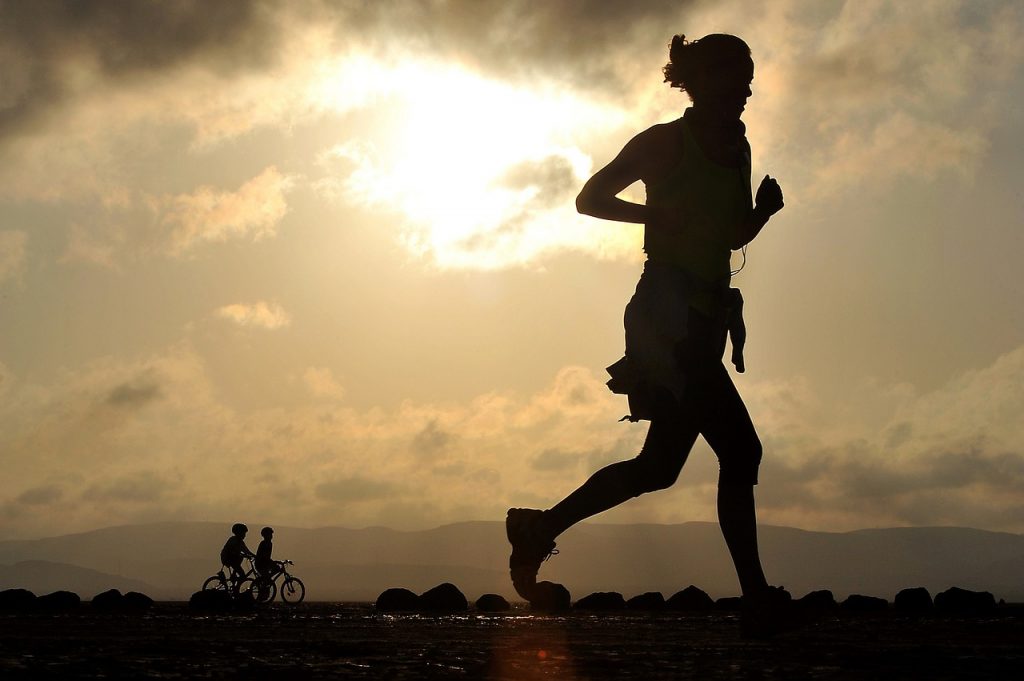 Many people, men and women alike, sometimes do one of the easiest things to put the breaks on a ‘hello’, which is wearing headphones or looking at their phone when you both cross paths. The next most used tactic is to look down or away when they pass you. This person is letting you know they do not want to interact with the humans around them or specifically you. Again, have no judgement regarding this, and I urge you to move onto the next ‘hello’.

In closing, I feel like I have only scraped the surface of this subject. I’m passionate about saying ‘hello’ when the opportunity presents itself while out running. I love the thought of putting a smile on someone’s face and sharing some kindness. I do take this to the extremes at times and would most likely say ‘hello’ to you while on rep 10 of an epic hill sprint session just before losing my breakfast. Hey, it’s all for the cause, and I believe in the power of saying ‘hello’. I might add, it is also good to throw in a smile with your ‘hello’. 🙂

“You cannot do a kindness too soon, for you never know how soon it will be too late.” -Ralph Waldo Emerson