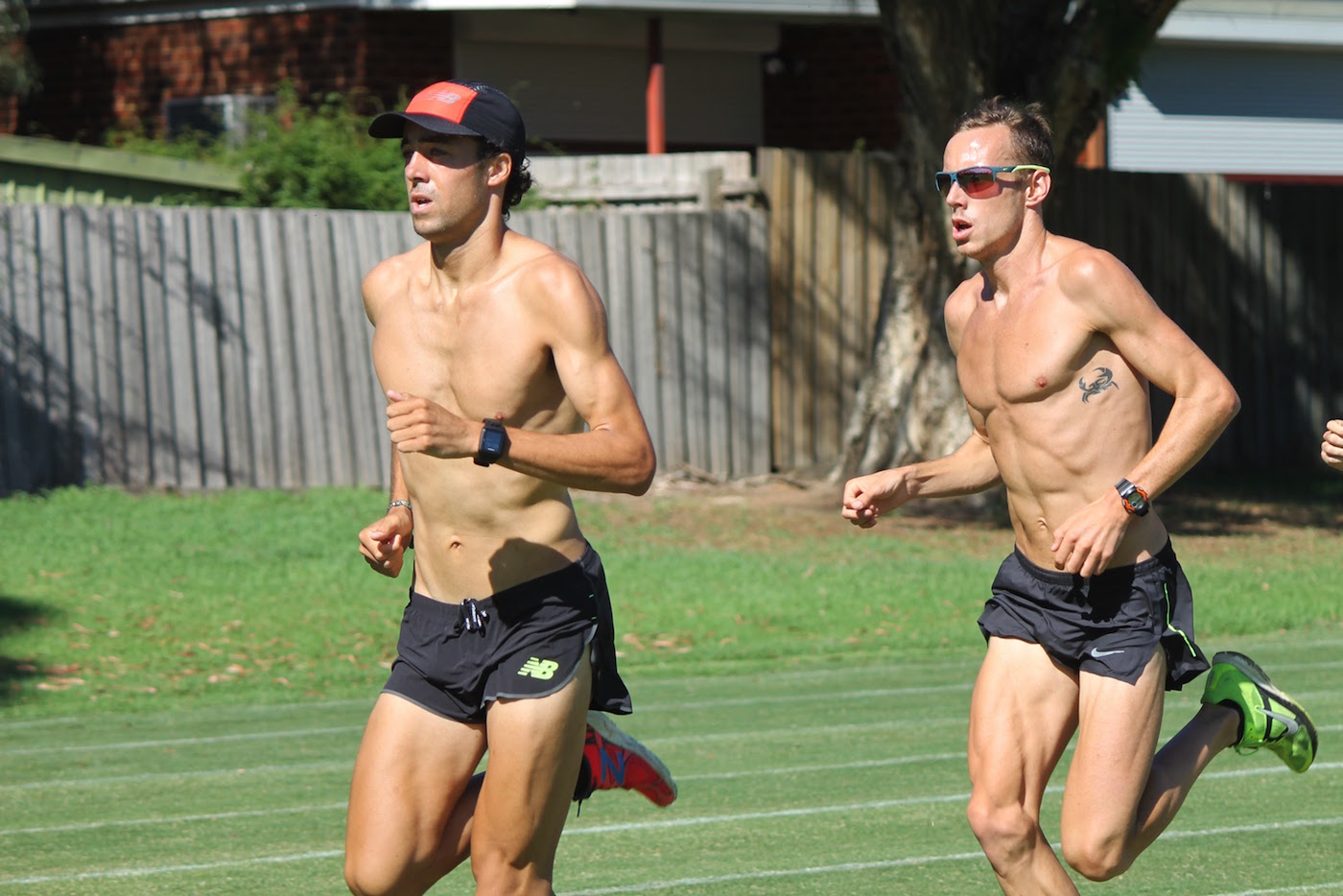 At the conclusion of the 2006 Australian Cross Country Championships, an awestruck eleven-year-old Luke Mathews approached sixteen-year-old Ryan Gregson at Hobart Airport, hoping that Gregson would trade state team singlets with him. Mathews, who had won the Under 12s race the day before, had watched Gregson finish 2nd in the Under 18s race. It was his fierce competitive spirit that had left an impression on the young Mathews.

At this point in time, Gregson had already established himself as a junior prodigy within the athletics community, having experienced much success from an early age. After watching him compete at the 2006 Zatopek Junior 3km race in Melbourne a few months later, Gregson became one of Mathews’ idols.

“My first impression of Ryan was that he was a confident runner and wasn’t scared to throw down against people who were older or better than him, which reflected the type of person he was,” Mathews recalled.

Not long after Gregson and Mathews first met, Gregson stepped into the role of Mathews’ mentor, always eager to answer any questions and give advice to the promising eleven-year-old.

“Weirdly enough, our first encounter was a younger Luke Mathews annoying and pestering a young Ryan Gregson. Not much has changed at all,” Mathews joked.

“Instead of messaging him on Facebook, calling him, or sending him a WhatsApp, I used to pester him on MSN.”

Following a successful junior career, by February 2015 Mathews had officially been taken under the wing of Gregson’s coach Nic Bideau, and joined the renowned Melbourne Track Club. The two became training partners and one year on, have taken Australian middle distance by storm.

With Gregson and Mathews finishing first and second respectively in all domestic and international races they have competed in together this season, many spectators agree that there is something very special about watching this duo compete.

Now, following Mathews’ official selection to run the 800m at the 2016 Rio Olympics and with Gregson securing his place in the 1500m, the two have found a perfect balance as training partners, combining Mathews’ natural speed with Gregson’s aerobic talent.

“Our partnership works because our weaknesses are the others strong points,” Mathews said.

“My favourite part about training with Luke is that he’s faster than me at the shorter stuff, so I really have to work to keep up with him,” said Gregson.

“Luke’s also an unselfish trainer who does his fair share of leading reps to help the sessions get done easier.”

In a display of true teamwork, on 18th May 2016, Gregson and Mathews finished 1st and 2nd respectively in Nijmegen, Netherlands, both dipping under the Olympic qualifying time of 3:36.20. This memorable performance both cemented Gregson’s Rio 1500m selection and increased Mathews’ chances of a 1500m selection in symbolic fashion.

Both athletes attribute the success of their training partnership to their overarching friendship, an undoubtable necessity when travelling the world together for up to six months at a time. The two are currently overseas chasing the European summer season in preparation for the Olympics in August.

“We both have the same goals in athletics, but also get along well. This means that we are constantly driving each other to do great things,” Mathews said, referring to Gregson as not only a mentor, role model, training partner and rival, but a best mate.

For Gregson, the 1500m Australian record holder, having the support and encouragement of Mathews may prove to be the key to future success, following years of interrupted seasons due to injuries. Being pushed by his younger training partner could be just what he needs for a successful championship at Rio, as he makes his second Olympic appearance after competing at the 2012 London Games.

“Luke has challenged me to maintain a really high level of training. I pride myself on races, but I also pride myself on being a consistently good trainer,” Gregson said.

“If I have an off day at training Luke will come past me, and my aim is to have no off days. We both know that we need to keep pushing each other if we are going to get to the top. I have someone snapping at my heels each day at training so there’s no room for complacency.”

Although competitiveness undoubtedly exists between the two during races, Mathews and Gregson focus their attention elsewhere, keeping their long-term goals in perspective.

“Of course we want to beat each other when it comes to races, but we both know that it really doesn’t matter because there are plenty of other guys around the world that we’re more focused on beating,” Gregson said.

Mathews credits Gregson and the rest of the Melbourne Track Club in playing a pivotal role throughout his Olympic campaign, teaching him what is required of a professional athlete.

“It’s people like Ryan that make you think [the Olympic Dream] is possible,” said Mathews.

Both athletes are products of Melbourne Track Club coach Nic Bideau’s successful training regime, which currently boasts over ten athletes who have achieved the qualifying standards for the 2016 Rio Olympic Games. Bideau oversaw both Gregson and Mathews’ transition from junior to senior ranks and continues to coach them today.

Mathews dubs Gregson as the most concentrated and dedicated athlete that he has ever met, a lifelong idol to the now twenty-year-old.

“I still look up to the guy,” said Mathews. “There isn’t a week that goes by where I don’t learn something new training alongside Ryan.”

“The best thing about this whole journey is that we have become great friends and also each other’s training partner, so it feels like a team effort.”

It is a rarity to see such a selfless mentorship evolve within an individual sport such as athletics. The camaraderie and mutual respect between the two is something truly unique, exemplifying both mateship and striving for excellence.