Home A Column By Brett Davies Running To Work: A Great Way To Boost Mileage And Make Effective... 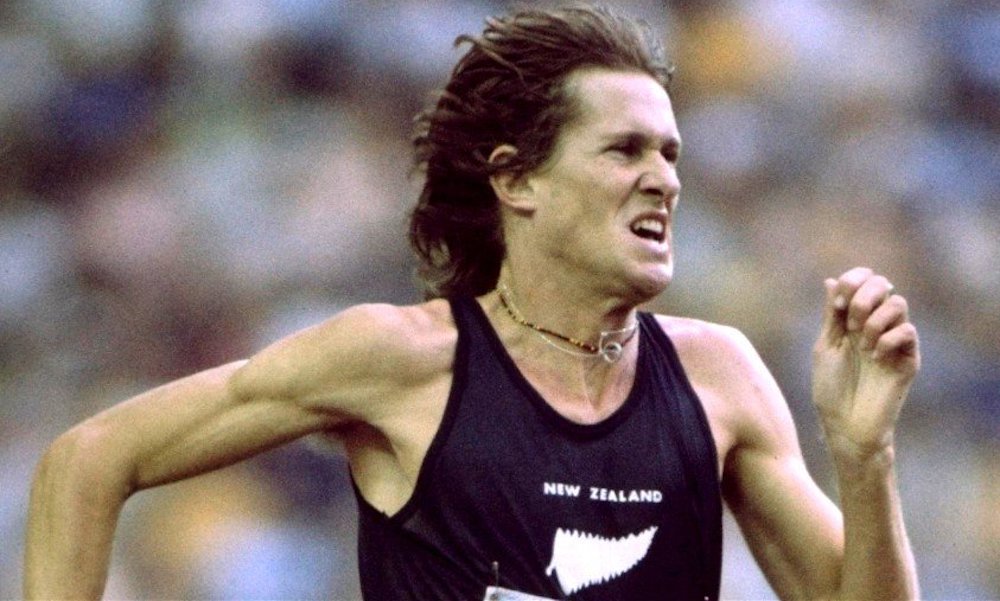 A column by Brett Davies

One problem all distance runners face – whether serious, non-professional athletes or recreational runners – is finding adequate time to fit in the sessions required to improve their performances, while doing everything else: work, study, taking care of kids, cooking and housework etc. One solution many runners have found is to make us of their commute to work or school and run instead of drive/catch the train or bus.

With COVID-19 restrictions mostly lifted, many people are now back into the routine of travelling into work. Many people who were working from home are finding out how much of a difference that commute makes to their day.

Many athletes over time have made good use of their trip to work. John Wheway, who was a British record-holder for the men’s over-40yrs 10 miles on the road, ran to and from work while working as a teacher in Tipton, West Midlands – almost every day. It was a 5 mile journey and Wheway would run at least 50 miles (80km) of his weekly total of around 70-80miles (112-129km) during his daily commute.

My coach from school, John Cropper, trained for a marathon – in which he ran a very solid 2.40 – by running the 20km to school from home, often 3 or 4 times a week. His wife would pick him up from work in the afternoon.

Two other Johns, Walker (the 1976 Olympic 1500m champion) and Farrington (the former City-to-Surf champion and 2.11 marathoner) would also run to work occasionally, though they more often made good use of long lunch breaks, when they would run 10km-15km, grab a sandwich, then get back to work. Farrington and Walker were world-class athletes in the 1970s and needed to work. The 1970s athletes never had the luxury of sponsorships or grants or prize money, so they were forced to put in their 40-50 hours a week to keep the bills paid.

I have, over my working life, often managed to run to work, or occasionally run home. I have had jobs where I have lived close enough to work (8-9km) where it was feasible to make the commute on foot. I have also been fortunate to have places to store gear and have a shower before clocking on. Some people who have lived 50+ km from work, I’ve known them to leave their cars 5km from work, run the rest of the way, then run back to the car when they finish work for the day.

While there are plenty of benefits for the time-poor athlete squeezing in some extra kms to and from work, there are logistical problems to deal with. Let’s begin with the benefits.

Time Saved- As mentioned, one can save plenty of time with the ‘two-birds-with-one-stone’ (or ‘multi-tasking’) approach. If it’s a half-hour run to work and back, that could be 5 hours a week of training, or let’s say 60km or thereabouts for the keen, middle-of-the-pack fun runner who aspires to run a half marathon or marathon. Perhaps, if it’s only a run home, it’s still a good chunk (30km) of the amateur athlete’s weekly training load. If the runner managed to run to and from work every single day over, say 48 weeks of a year, the athlete could conceivably save as much as 10 whole days.

Money Saved- One of the disadvantages of a commute to and from work is the cost. Admittedly, if you are only, say, 5-12km from work, then the costs are negligible. Still, you are spending money, whether you really notice it. If you’re about 8km from work, you’re probably spending at least $30 per week on public transport and probably the same on petrol (more now) if you were to drive. That’s close to $1000 a year you could possibly save. You would also reduce the wear and tear on your vehicle if you’re driving.

Varying Training Routes- If you begin to tire of the same route to and from work, take the opportunity to mix up your training courses on different days, taking the opportunity of adding some extra distance and/or try a more difficult course. You could try a bush track course, where there are, say, some hills or some challenging, uneven terrain. Perhaps there’s a park or a running track near home, where you could use part of your commute to warm up, then you could complete a track session before jogging home to warm down.

Clothing- Running to work requires great organization. Making sure your clothing – both your running gear and your suits or overalls, shoes, boots, work uniform or whatever else you wear – is clean dry and stored securely. Ideally, you would have your own locker at work, where you can store your work clothes and some clean singlets, shorts, t-shirts, socks and underpants. You might need to – briefly – store your dirty stuff. Perhaps having a spare pair of running shoes, just in case you wear different shoes at work and you and decide to run home.

Showers- Obviously, you need to have a shower at work if you’re running to work, so it’s a must that you have a clean, dry towel and soap at your worksite. It’s good to have a spare towel, and hopefully there is somewhere to hang it to dry.

Work Equipment- There are jobs in which you are required to have your own equipment. This might be a laptop, tools, stationery, books, notepads or whatever. Many of these things might be kept at your desk/workstation, or a common work storage area. Alternatively, you may have to lock these things in your personal locker.

Food- Obviously, nutrition is an essential for the athlete covering considerable distance to and from work, plus a runner is limited to carrying only small quantities of food. Fresh is best. Leave fresh food (salad vegetables, fruit) in the staff fridge and perhaps leave some non-perishables in your locker, like sachets of oats or cereals, or tins of fruit or vacuum-sealed mini meals, like tuna and rice. Try and freeze some of your stuff too, though at many workplaces, freezer space is hard to come by. 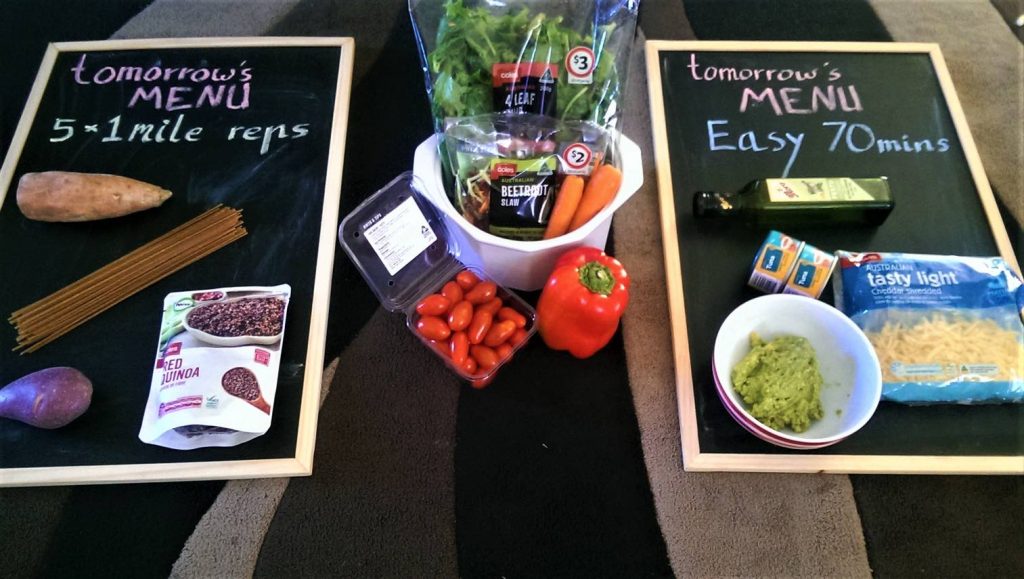 Don’t leave dirty clothes for too long in your locker. You need to have plastic bags if you’re storing dirty, wet running gear. More than a day or so and your clothes sitting in your locker are going to be pretty nasty smelling. If you can’t access work on your days off, take a day or two where you drive or catch public transport, so you can pick up your dirty clothes and bring in your clean stuff. Consider your colleagues at work. You won’t win any friends at work by being a slob.

Don’t forget safety. Choose a route that avoids heavy traffic – if possible. If your job entails a pre-dawn start, or an late-evening finish, you need to be careful on main roads after dark. Experienced runners generally are hyper-aware of traffic and avoid trouble 99% of the time. The only notable athlete I know of to be hit by a car is 1984 Olympic Marathon champion Carlos Lopes, who was hit on a run at home in Lisbon a few weeks before the ’84 Games. Lopes was only a little bruised with some minor cuts and was able to run a few days later, though it was quite a scare. Wear white and lighter shades of colour at night. A light-weight reflective vest may be a good investment, as well as checking your shoes on purchase, to see if they have small reflective tabs. Many brands have shoes within their range with this feature. Also, if you can’t run on footpaths, run on the right side of the road (on the left in Europe and the US), so you can see oncoming traffic and move out of the way if necessary.

Do encourage workmates of a similar ability to join you, though this will be pretty rare to find, unless you happen to work with a clubmate or you work in the fitness industry. It’s often great to have a training partner and having to arrange to meet someone en route and run with them is a great motivator if you’re having a day where you think ‘Oh, I’ll just catch the bus today. I’m tired.’ Running off your usual course to someone’s house is a great way to add some extra distance to your normal training runs. Another advantage might be that your run-to-work partner may be a better athlete and someone who can push you a little harder.

Do be organized. Make sure before you set out for work, that anything impractical to carry that you require for work is already there. You may want to invest in a small running backpack, that can hold some essentials: wallet, phone, keys, work keys, swipe cards, work ID etc. It’s also a good idea to have a spare phone charger you can leave at work.

I hope this has been of some assistance to runners out there keen to add to their mileage and trying to make a more efficient use of time. Stay safe and enjoy.