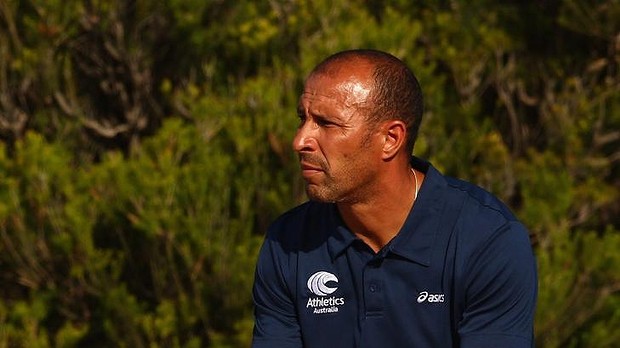 We caught up with Australia’s high performance manager, Eric Hollingsworth, to discuss Australia’s performance in Daegu as well as his thoughts moving forward towards London 2012.

RT: Eric, thanks for your time. Before the World Champs commenced you stated that you wanted 5 medals from the Australian team. The team didn’t quite achieve this goal, but it had some amazing results, highlighted obviously by Sally Pearson’s gold medal. What are your thoughts on the overall performance of the team?

EH: As I have always said, the result was a credible pass. We definitely have work to do but to come home with three medals, despite our two defending champions not making or performing in the final, is a result we should be pretty happy with. Our aims for next year are not out of the question.

RT: Just how special to yourself and to the team was Sally Pearson’s win in the 100m hurdles? Was it the highlight of the meet for you?

EH: That was arguably the best performance by an Australian track and field athlete in history. Her ability to improve every time she ran was inspiring, and the reaction of the team when she won shows how excited they, and I, were for her on the night.

RT: Do you think Sally can get the Australian record for 100m (flat)?

EH: She definitely can, it’s just a matter of when I think.

RT: You’ve stated the goal for London next year is 6 medals. What are the key factors for you that need to be put into place to help achieve this?

EH: The most important thing we have to get right for London is the health of our athletes. Healthy athletes deliver the right results, and if we can get the best team ‘on the park’, so to speak, then we will be up there without question.

To make sure this happens we are working very closely with our current medicos to implement a plan for every athlete. We are working to make sure Jana Pittman, Nathan Deakes and Jess Rothwell are ready come Selection Trial first and foremost and then for London.

RT: Looking forward towards London and our best medal prospects. The obvious candidates include Sally Pearson, Mitchell Watt, Steve Hooker, Dani Samuels, Ben Harradine, Kim Mickle, Luke Adams, Jarrod Talent, Fabrice Lapierre, Nathan Deakes and perhaps Jana Pittman. There is an obvious lack of distance (running) athletes in this list. What are your views on how we can change that? Do you think it is even possible or is it just too hard for Australian distance runners to beat the Africans?

EH: It is definitely possible to compete, the Americans are clearly starting to make inroads and the women’s 800m was won by a Russian. In Daegu, though, our athletes didn’t cut it and that needs to change. We will be working with the distance fraternity to make sure that at a championship our athletes not only have the fitness but the ability to race, in a tactical event, that requires more than simply speed.

RT: With the exception of the 1956 Melbourne Olympic Games, no Australian team has ever delivered 6 medals at an Olympic Games. Despite the sometimes negative press that Athletics seems to receive in the mainstream media it would seem looking at these predictions that the state of Australian Track and Field is pretty healthy? Maybe even the healthiest it has ever been?

EH: Of course Australian track and field is healthy.

At a grassroots level we have signed a deal with Little Athletics to ensure continuing transition opportunities for the youngest of athletes, we have a sound management team at Athletics Australia working towards delivering a fantastic domestic season that will be screened on Channel 9 and we are acutely aware of where we can improve and how we are going to make that happen.

High performance wise we continue to invest, the Target Talent Program has been introduced this year and with the addition of two new staff to our department in recent weeks we will ensure better support for the needs of athletes we interact with at a junior level right up to the likes of Steve, Sally and Mitch. Not to mention the introduction of contracts for our best athletes, making sure that we can assist them financially as they push to be their best for Australia.

I think sometimes we get knocked by people that are perhaps unaware of the true circumstances and sometimes that plays out in a way that we don’t need but that’s sport.

RT: In 2009 you were vocal in stating that you thought that the state institute systems were inefficient and under-performing. Two years later what are your views?

EH: We still have work to do but we are definitely taking steps forward. Collaboratively we are now beginning to deliver agreed outcomes and that is important in meeting the requirements for a successful sport