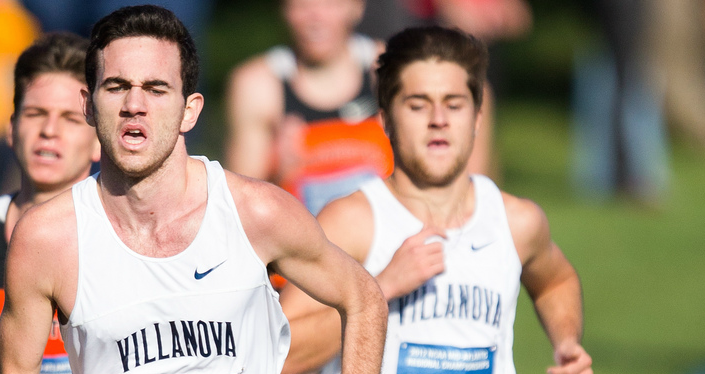 2015 had a bit of everything for me, due to injury I wasn’t running for most of January and February, so by the time March came around I was getting back into it and looking to be ready for Penn Relays in April. Preparation for my last season at Villanova wasn’t ideal but it’s rare to have a season where everything is perfect so I did my best to get on with it. At the end of the day my time at Villanova ended on a fairly sour note as I was knocked out of the Regional NCAA meet by .01 (for the second time in two years). After that I was pretty flat to say the least, and ended up changing my flights out of Philly, headed for London to join the Melbourne Track Club guys based in Teddington. That series of events wasn’t what I had planned on at the start of the year but in hindsight it might have been the best thing for me. I had a few good races in Europe over the summer and ran my first PBs in 2 years (3k 7:48 and 5k 13:50) but I think the biggest gains were made in training, I did my best to step it up a level and train with some of the big names in Aussie distance running (Gregson, Birmingham, and Robinson). Overall, it was by no means a great year but it left me feeling confident and ready to work hard for 2016.

Lessons learnt, both positive and negative?

I learnt the hard way that talent only gets you so far. I obviously knew this before the season started, but this year really cemented it in my mind and after a disappointing end to my collegiate career and an average start to training and racing early on in the European summer it was a real wake up call. It was great to be over in Europe with some of the top guys who are obviously extremely talented but at the same time have to work really hard to reach that world class level. So seeing that take place was a great learning experience.

My favorite workout this year was probably just an 8km tempo run in Bushy Park. I know it’s not the most exciting workout but at the time it had been a while since my last and I’m a huge fan of them. This one in particular was probably my favorite because it went well (25min for the 8k) and I felt real solid doing it. It was about a week or so out from the Morton games where I ran my 3k pb so it was a good confidence boost too.

In Europe most of the track sessions were a big step up in difficulty for what I had been exposed to in college so they were all tough but by far the hardest workout was probably the 6*3min hill reps in Richmond Park. Running for time there’s no set distance so you’re running hard until you get to 3 minutes. That day Collis and Brett were smashing it up front so I was doing my best to hang on and not get gapped by too much. The recovery is just running back down to the starting point so you’re constantly on the move for about 40 minutes. It’s a brutal session but very satisfying once you get it done.

Good question, I think I notice my weaknesses a little easier than my strengths, so for one I know that I sometimes lack self-confidence going into races and training which isn’t ideal but something I have been working on. Also, at the moment I’m probably not as strong aerobically as what I would like to be and do struggle on some of the longer sessions. I think one of my strengths is that I’m pretty driven mentally and really do want to keep improving, I hate losing in anything so I guess having that mindset which I’d say is common to most top athletes is important.

It’s an Olympic year, I’ll be 24, so making that team for Rio is definitely the big goal.

Aside from that just focusing on the day to day things, getting better and enjoying running is probably my biggest goal. It’s easy to get bogged down when things aren’t going your way and for periods of time over the last couple of years it was tough to say I was really enjoying what I was doing every day. So making sure I’m enjoying and just focusing on the day to day stuff is another small goal.

Career goals outside of running?

To be honest I don’t really think too much about what I’ll be doing after running, I prefer to keep it pretty simple and I’m confident that when the time comes I’ll know what it is I want to do. Having said that I did study math and economics at Villanova, so if anything, I do have an interest in the business side of things – something in finance or investment banking seems interesting to me. I know it would be a completely different lifestyle to what I’m used to but that’s what is most appealing to me about it.

You win a holiday to anywhere in the world for a week to take 5 mates. Where would you go?

I’ve wanted to go to Split, Croatia for a while now, love the ocean and warm weather so having a big yacht off the coast, floating along the Mediterranean for a week with 5 mates would be unreal.