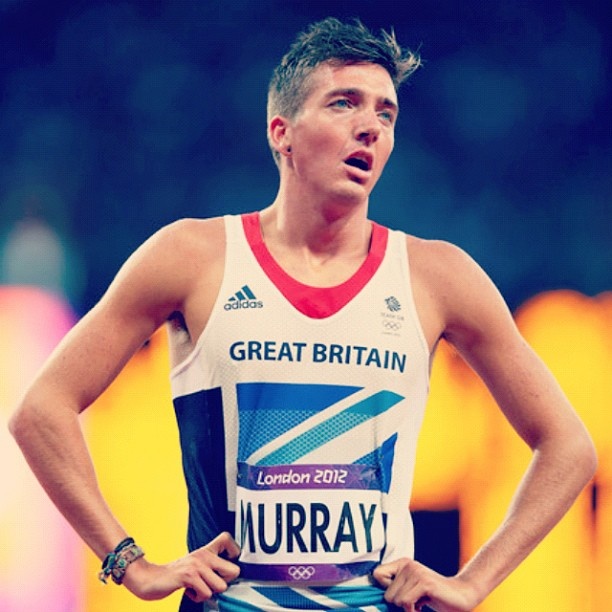 Interview by Matt Fox for RT

(Q) Ross, thanks for taking the time to have a chat. Tell us where you are currently at…

(RM) Well I just got out of the shower and kesha has just came on my ipod, not sure if that’s good or bad. In terms of training…I am about 8 weeks into ‘proper’ training after having surgery on my plantaris tendon and recovering from chronic fatigue. I was out of action for about 12 weeks.

(Q) Great news that you are back, but tell us quickly a little how that all came about…

(RM) The chronic fatigue came from training too hard too soon after an injury filled winter. The plantaris tendon was something I’ve had trouble with for a while, I’d tried physio work, exercies, rehab, rest and the surgery was just another way of trying to treat the problem.

(Q) Ok, well lets hope that that doesn’t continue. And your training now; how does that look? Give us a standard week.

I am aiming to increase my milage and volume in sessions and thresholds but I still have to be careful as I was out for so long. So its just a case of building gradually and being a sensible little solider

(Q) You were probably a sensible little soldier in early 2012 when you went crazy and dropped your personal best from 3.43 to 3.36 and then to 3.34 all in a very short period. Tell us how you were training at that time and was that expected?

(RM) I was doing a similar program to what I am doing at the moment just bigger volumes in threholds and sessions.

At the start of 2012, no, not at all. I’d always had injury problems so I was actually just looking to stay healthy for a sustained period of time, run around 3:40 and I was looking to go to Villanova Uni on a scholarship. I think once I’d ran 3:36 I knew I was in shape to run something qiuck. The night I ran 3:36 I had my eye on around 3:38 which was the European championships qualifying time that year.

(Q) Very interesting. And you obviously didn’t end up going to Villanova, why? Did the Olympic selection change your mind?

(RM) Yeh, thats right. I had the chance to ‘go pro’ as the americans like to say, so I just decided to become a full time athlete and stay in london.

(Q) What do you think about the American College Opportunity?

(A) Its fantastic. You can go out there and basically become a professional athlete for 2-4 years. The standard of competition is high and to top it off, apparently the American girls LOVE british guys out there so i’d like to think I would of got plenty ham sandwich.

(Q) The girls still love you in your own home town though, but I see your point. Speaking of girls, are you single?

(RM) I like to think so. No, I started going out with my best friend a little while back now (which is a she by the way). We had been friends for about 18months before that and I actually used to date HER best friend, so that was a bit awkward at first.

(Q) How did you transition from friend to more-than-friend there? You obviously had a sneaky crush on her the whole time…

(RM) Well, I suppose I just started being really flirty and cheeky…and REALLY forward.
I thought she was hot, but just seen her as a mate, never really tried anything on. That’s the truth.

(Q) I like the aggressive strategy. And what do you find attractive in a girl…

(RM) Personality, a girl who doesnt take herself too seriously, who can take the piss out of people AND have the piss taking out of them and not mind. A girl who has a good sense of humor and a girl who is honest and trustworthy, I HATE ‘shadyness.’ Looks, I really don’t have a type, I like a girl to have a tan (not bothered if its fake) and I like a girl who is in shape with a good bum, I’m a bum guy.

(Q) Great description. People know you as a bit of a party guy, knowing that before you broke through you were considering going to work in Greece at nightclubs… tell us where your ideal party location is…

(Q) So we will find you in Ibiza next year straight after the Commonwealth Games?

(RM) I hope so. The Ibiza closing parties are at the end of September and they are meant to be the best, so maybe if I could run well at the 5th avenue mile and fly straight to ibiza. Maybe Brett Robinson, Paul Robinson and Greggo will be up for it…

(RM) I’ll do celebs coz I think that will be more interesting haha. Russel Brand, Harry Styles, Robbie Williams, Avicii, and Jamie Laing (he’s from a reality tv show here in the uk)

(Q) Great team. You’re a tattoo fan, how many do you currently have, what do they mean and do you plan on getting any more?

(RM) I have: ‘faster, higher, stronger’ in arabic up my ribs, birds flying up my other side,
a passage from the bible in hebrew on my shoulder, the olympic rings and I have a half sleeve on my forearm but it’s not finished yet so I will be adding to that and I want a few more on my torso.

(Q) If you make the Rio Olympics, any plans on a new tat for that?

(RM) Haha, IF I make it, then I suppose I’d perhaps do something to mark the occasion
perhaps christ the redeemer, that would be a cool one with a gold medal round his neck? (if I won) haha but I dont know if that’s a bit blasphemous. I’m pretty sure I won’t win though so thta won’t happen.

(Q) You obviously have a goal for that. It would be to qualify and…

(RM) I suppose if I was there and fit and healthy I’d love to make the final and then you never know what can happen, you could finish last….lol

(Q) Solid goal and very achievable. Who do you look up to in the sport? Who are your idols?

(RM) Crammy he’s the main one, I have a lot of links to him in terms of where I’m from and a lot of people say that we run in a similar way. I got that from a young age so I always looked up to him and wanted to emulate a lot of his success

(Q) Who would be your ideal 3 guys to go on a training camp with?

(Q) They are. And last but not least, what is your typical day, besides your training workouts? A little detail would be nice too…

(RM) I get woken up about 6:30am by my girfriend going to work, she moans for about 3 minutes about going to work and how I’m staying in bed, I’m usually back to sleep around 6:35 and then I get up properly 8:30. Train at 9:30 most days, and gym after if needed.
Go for lunch at my local cafe (mimmos) from about 12:30-2pm. chill, chat, and eat. I then potter around teddington, get food for dinner, maybe have a sun bed if I’m feeling pale.
Head back home, watch tv, maybe play a bit of Xbox, Im playing the new GTA a fair bit lately. Run again at 4:30 if I need to or go to the gym if I need to, then cook dinner around 6, eat around 7. Then settle for the night and watch a movie or tv shows and do some core with the gf in the bedroom….then sleep around 11:30.

Thanks for such an in-depth interview. Great stuff Ross and we will touch base with you again next year.