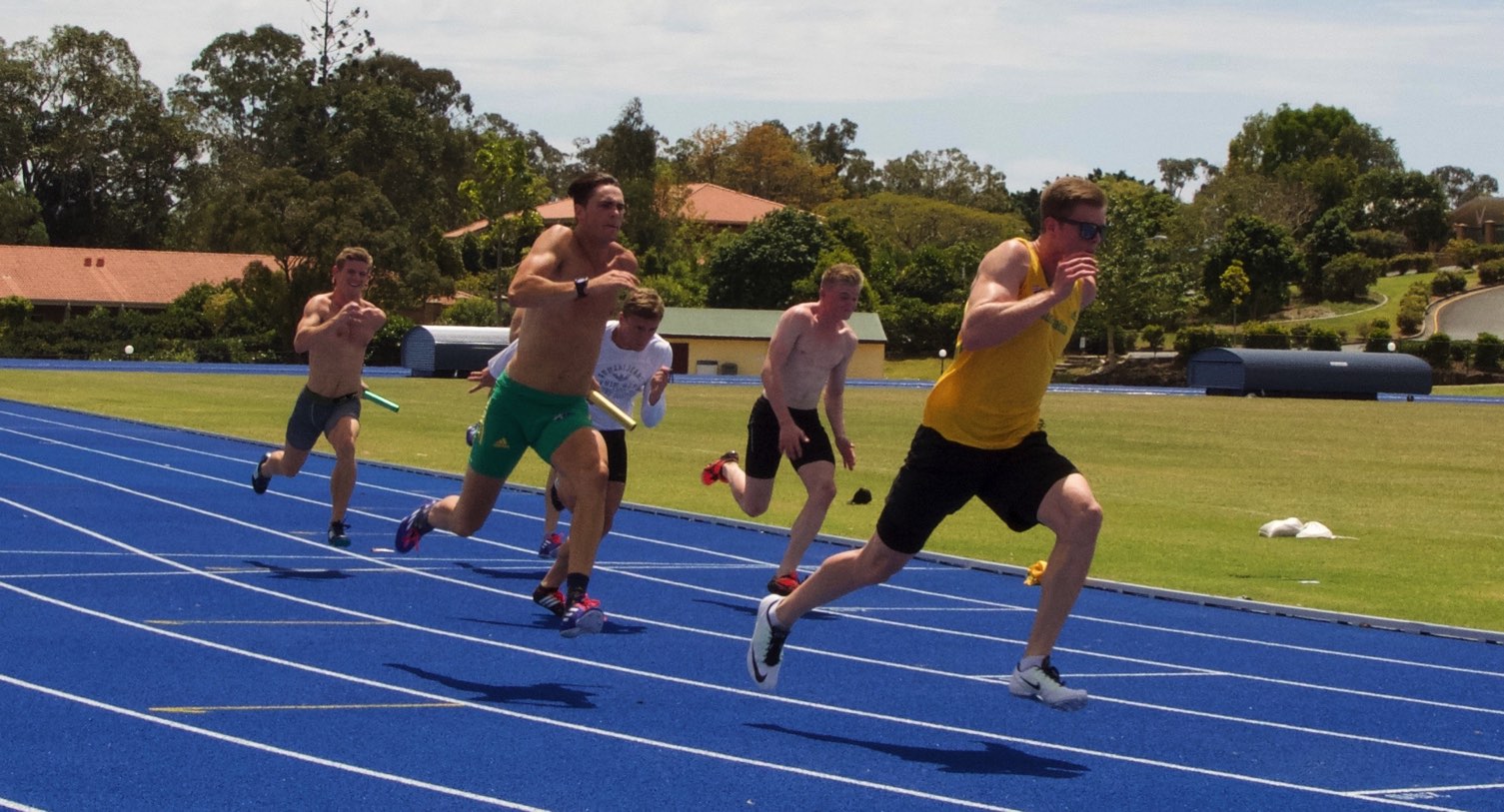 Australia has a huge history in the relay. We’ve won the Olympics, we’ve won World Championship medals, Commonwealth Games, Universiade, World Junior and Youth medals. The only event group on the program to boast such a record.

In 2012, despite having no individual male sprinter in the 100 or 200 at the London Olympic Games; the relay team managed to equal the Australian record and finish 6th in the 4x100m final.

This was the result of a positive relay culture. In a sport where the individual is almost always the focus, the relay gives us a chance to finally band together as a team and as a nation, and show the world what Australians can do on the track. This is why the Queensland Relay Academy (“QRA”) came to exist. To build that culture and team environment, at a state level.

What started as a discussion on the potential of an Australian relay camp at the new and improved Runaway Bay, turned into the thought of “why don’t we just sort out the relays in our backyard first.” Once an athlete leaves the schools system, there is no real platform for them to hone their relay skills until they make an Australia team, and even less opportunities for the “late developer” – the QRA is that development opportunity.

The QRA aims to teach relay skills to the athlete before they get selected in the teams, saving plenty of time and funding that can be better spent attempting to qualify teams.

In 2016, Queensland sprinters held 4 of the 6 fastest times in the 100m and 6 of 8 fastest times in the 200m. An invitation went out to the top 16 sprinters in Queensland. We gave ourselves a basic selection criteria, 10.64 in the 100 and 21.04 in the 200m, and presented our case to the sprinters of Queensland on why they should join. We did receive some “no thanks” from some high-profile sprinters; but, we were very happy with the majority of positive responses we received.

As of right now, the QRA is currently made up of 9 athletes:

The QRA began meeting once a fortnight on a Saturday morning, warming up together, performing changes, and then finishing off with a joint relay session. The response has been fantastic and the enthusiasm is dripping every session. The athletes involved in the QRA live on a 228km stretch of south east QLD yet are more than happy to drive on a Saturday morning to the opposite end of the city just to get a session in.

The range of experience in the group is something we have been fortunate enough to have. Hartmann is an Olympian, Burns a Commonwealth Games and World Championship finalist, Gamble has made two Universiade finals and both Williams and Herrigan boast Diamond League and World Junior final experience. To top it all off, the group get along like a house on fire. The comradery the boys have developed will hopefully aid in their quest for a medal at the 2018 Commonwealth Games, hosted only a stones throw from where the QRA have been training.

Only last week the QRA joined forces with Queensland Athletics to run a relay clinic for the Queensland Heat team selected to head down to Canberra for the Australian All Schools Championships. There was a great turn out on the day, with the athletes learning valuable skills from their new senior mentors, which hopefully see the Queensland team dominate the relays down in the nation’s capital. This is not an ordinary experience for junior athletes, to have the current and best crop of sprinters in the country available to help them. But, it’s a new age in our sport and the QRA is one of several groups leading the way.

The QRA is fortunate to have such passionate and dedicated people involved, making the group worthwhile and invaluable to the future success of Queensland’s relay runners. It’s easy for athletes to get stuck in their own training bubble. The QRA aims to break that cycle of loneliness, due the spread of athletes across not only Queensland, but Australia by exchanging ideas, experiences and batons.

The next few weeks are an exciting time for the QRA, with the Commonwealth Games GOLD relay squad having a camp at Runaway Bay (which is 75% made up of QRA athletes). This camp will lead into the Queensland Athletics Relay Championships, with the 4x100m to be held on the 10th of December. The 9 members in the QRA represent four different clubs, so there is bound to be some heated rivalry that weekend.

Sydney University has set the gold standard over the last few years equalling the national club record of 39.51 that was set by Curtain University in the 90s. Victorian based club, OMAC has set the banter bar high and backed it up with consistent results. These are some of the goals for our QRA athletes, to talk and walk a big game.

Now we just wait and see…