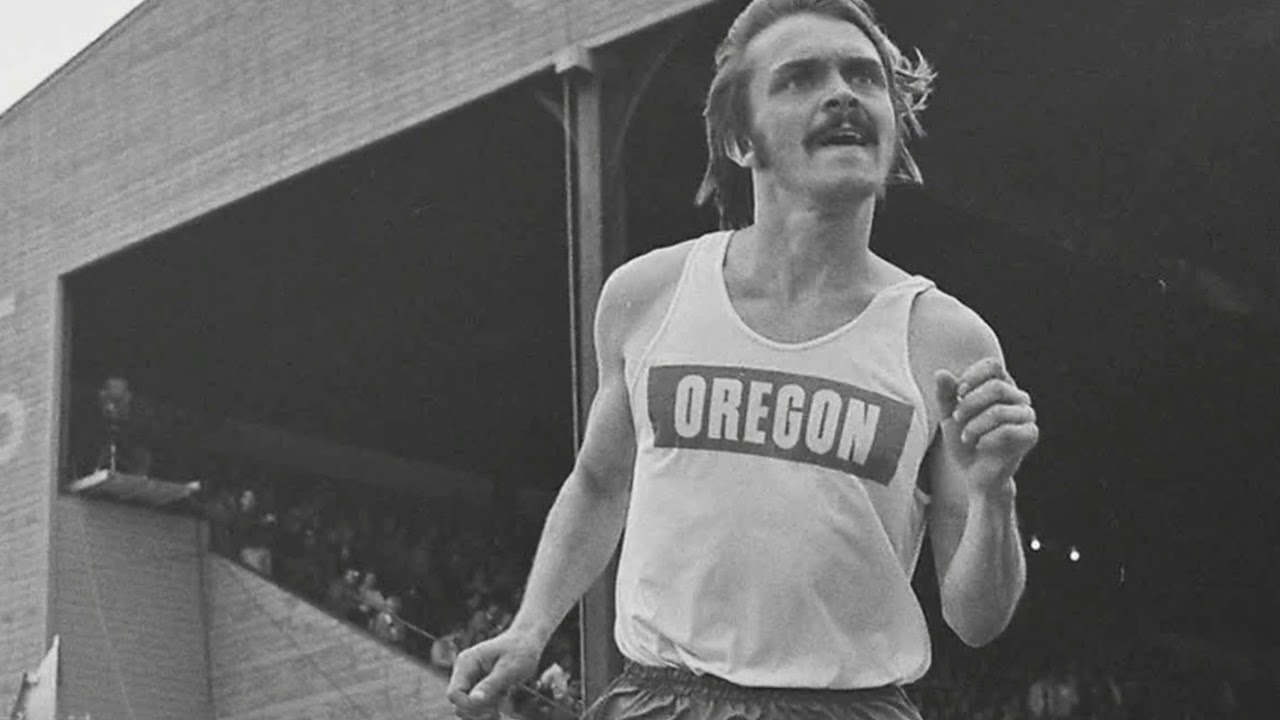 It was the dust what done it.

In Eugene for a few days at the world championships. Arriving in time to just miss Eleanor Patterson’s amazing win in the high jump.

But I did get to Pre’s Trail. The wood bark surfaced track around the parklands of Eugene named after its revered running superstar, Steve Prefontaine.

Anyway, at the end of a leisurely stroll around a good section of the track, I bent down to take off my runners (Nikes, thank God: I don’t know, but it’s quite plausible there’s a local council order forbidding use of the trail by those shod by other brands). Caking my socks, and creeping up onto the ankles, was a thin covering of reddish-brown dust. Wiping it off merely transferred the dust to my hands. Fortunately, Pre’s Trail is so heavily used there’s a washroom/changeroom at the car park.

Before I got there, however, the thought popped into my head that the dark splotches on the shoes were the remnants of Ferny Creek mud acquired through a wet Melbourne winter. ‘Ferny’, of course, is famously the training ground of Ron Clarke and the Glenhuntly gang (and anyone else who cared to come over the years).

Pre’s dust and Clarke’s mud. Physical reminders linking two great runners via the dirt on a pair of running shoes.

Just as running can lead to over-training, so can you take these sort of metaphysical links a step too far. But there are links between Clarke, a record-breaking junior who stepped away from the sport to return in his mid-20s and re-invent distance running, and Prefontaine, who burned brightly and died at an age younger than Clarke was when he set the first of his many world records.

Both were iconic. Each of them burned with a passion which impelled them to explore their limits and beggar the competition and to prefer racing hard and fast to racing well and winning (often enough they did both anyway).

Clarke left the sport at a time of his choosing, beaten in his last race – a 10,000 – by, among others – two rising Americans named Frank Shorter and Kenny Moore. Shorter would go on to win the Munich 1972 Olympic marathon and help ignite the 1970s road running boom in the US and around the world. Moore finished fourth in Shorter’s marathon and would go on to write beautifully about his sport, most notably in his book on the University of Oregon and coach Bill Bowerman.

Prefontaine was gone just four months past his twenty-fourth birthday, killed in a car crash after attending a post-race party in Eugene. He had telegraphed his tactics in the 1972 Olympic 5000 final, saying he would turn up the heat over the last four laps and burn his opponents with a final mile around four minutes. He did, he nearly succeeded, but finished fourth, staggering despairingly to the line in an unavailing attempt to hold off Ian Stewart for the bronze medal. Lasse Viren and Mohammed Gammoudi took the gold and silver, respectively.

Each man has his critics. Many Australians who pay attention to our sport only at Olympic Games time, if ever, and a significant number of non-Australians, characterise Clarke as a man who could run against the clock but not win championships. Prefontaine, meanwhile, gave away his tactics in the biggest race of his abbreviated career and then failed to deliver. A magnificent failure, maybe, but still a failure. He lived life hard – and well, according to contemporaries – and died young. Whether or not he would have squared his Olympic ledger in Montreal was never tested, which perhaps explains some of the mythology.

Believers in both men believe, sceptics can please themselves. Clarke, at least, left a legacy of records and generosity towards his fellow competitors and any Australian distance runner who sought his help and advice right up until his death in 2015. ‘Pre’ inspired many, too, and was an early recruit to the battle for professionalism instead of shamateurism in the sport. He is certainly revered around here. Whether that is on a ‘warts and all’ basis or founded  entirely around the myths is another thing.

After many years of following championships, professionally in most cases, semi-professionally in others, the past two years has seen a change. We missed four days of last year’s Olympic athletics to accommodate a trek on the Jatbula Trail up near Katherine in the Northern Territory. WE got out just in time to watch Peter Bol in the Olympic final.

Now, we’re here in Eugene for only four days of the world champs, but again Peter Bol is in the final of the 800 which we will see tomorrow Eugene time. That has to be an omen of sorts. Let’s hope it’s a good one.