Home A Column By Len Johnson Not a good time to run if you don’t like getting your... 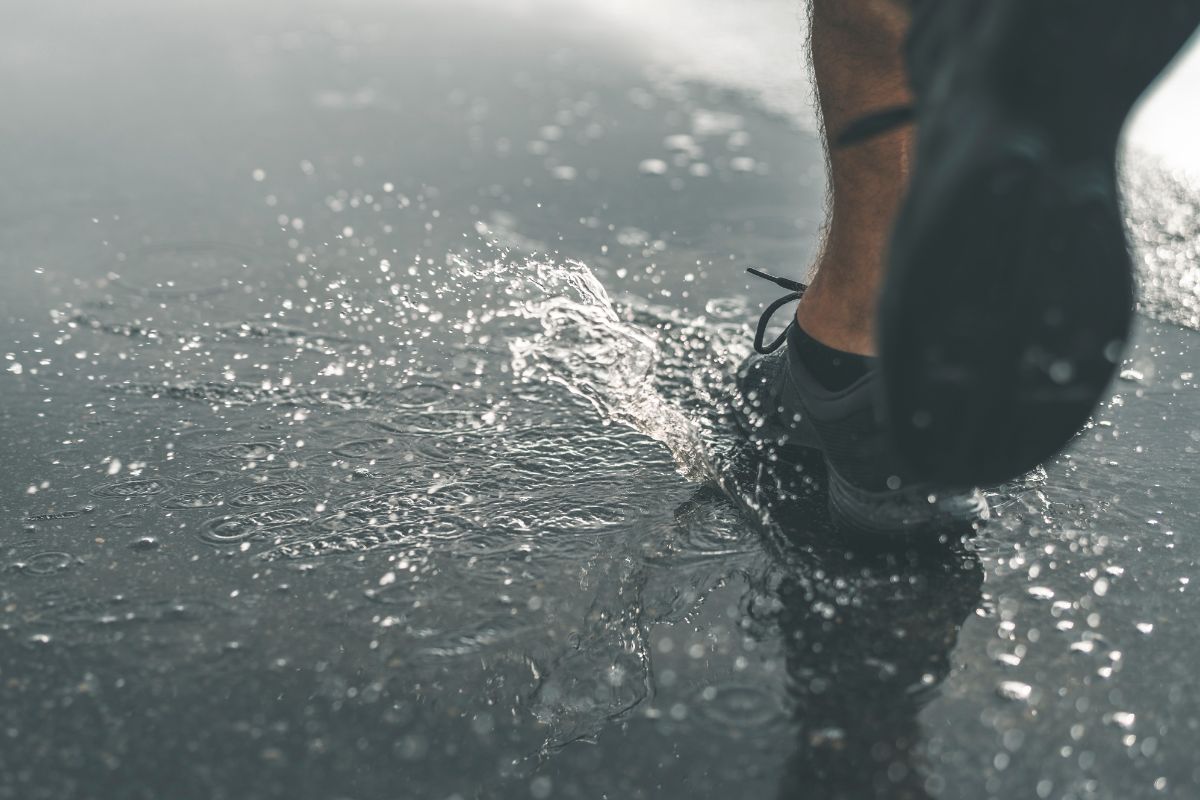 If you can’t stand the heat, get out of the kitchen is one of those cliches which gets trotted out from time to time. Often by someone concerned they might just be giving off a hint of getting uncomfortably warm themselves.

Be that as it may, one observation you can make about the current weather on the east coast of Australia is that it is not a good time to run if you don’t like getting your feet wet.

Flooding rains have beset pretty much the entire eastern seaboard through most of this year and, particularly, as we move into what used to be known as springtime. For much of that time, Melbourne was spared the worst of the rain, the eastern part of the state copping the tail end of the rain moving down from the north. Now, the entire state from the south Australian border to the sea, from Melbourne to the Murray River, is copping it.

We’ve been more accustomed to drought this century that rain. Fifteen years ago, I remember getting caught in a severe downpour at the world championships in Osaka, dragging myself back into the foyer of my hotel looking more like a drowned rat than the runner who had strode out confidently not too long since. I was pretty well due for a new pair of shoes anyway but reflected ruefully that I had worn them right through a Melbourne winter but had to come to hot and sweltering Osaka before ever getting them wet. Indeed, I couldn’t recall ever getting them wet. Or the pair before that.

If only that were the case now. Again, we’ve just reached the end of a Melbourne winter. Again, my shoes are in need of replacement. A new pair has already been purchased. Both shoes and new owner are keen to run them in.

But it’s so darned wet! One of my few many superstitious habits when it comes to running is a pronounced reluctance to get new shoes wet or muddy virtually straight out of the box. And in Melbourne right now, wet and muddy is what we’ve got. If rain is not belting down when you set off for a run or walk, there’s a better than even money chance that it will be by the time you get back.

Not just any old rain, either. When the forecast predicts “showers” at the moment, the showers aren’t light sprinkles. Instead, there’s battalions of compact rain cells moving around the sky ready to dump huge buckets of water on you within seconds of opening up. You can be running through monsoonal rain on one side of the road while the opposite side is bathed in sunshine.

So, the new shoes are staying just where they are. Bursting to get out the door but held back by their owner’s reluctance to get them drenched so early in their service life. They’ve been to the gym, been to a running session even, but not yet for an actual run.

For all the slings and arrows aimed from time to time at Melbourne’s weather, the southern capital is mostly an ideal place to run. An overwhelmingly mild winter, an overwhelmingly moderate summer – even the vagaries of spring and autumn are not all that variable.

And one usually gets a fair indication of what is coming, weather-wise. Even on the ‘four seasons in one day’ days got which Melbourne is infamously (unjustly, in my view) known for, the foul weather builds up slowly before breaking. If it doesn’t look like it’s going to rain for the next hour or so, it almost invariably doesn’t.

Currently, however, it depends which direction you’re looking. One night this last week the weather to the south was looking bright and even a touch sunny; turning around 180 degrees to face north, it was all black rain clouds, threatening to break at any minute. Fortunately, we completed a one-hour running session without a significant shower, but it was a near thing.

The threatened cancellation of a run, even the certainty that you will get a drenching, is nothing, of course, to what thousands of Victorians are going through at the moment. Virtually every river system in the state is in floods. Riverine towns are cowering behind levee banks, hoping the rising waters will not overwhelm them or break through. Paddocks and fields are already underwater, some of them taking a year’s crop with them.

Hoping to keep your house above water is way more anxiety-inducing than the prospect of getting your new shoes wet. One way or another, though, we’ll all be relieved to see a return to “normal” weather.