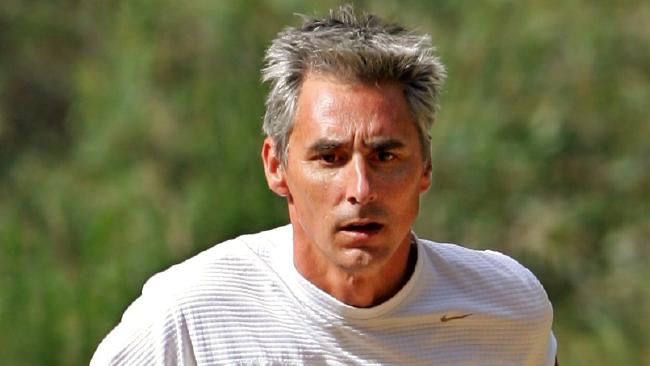 Hello Nic, thanks very much for taking the time out of your busy schedule to talk with the Runner’s Tribe. You’ve just been up at Falls Creek with the MTC. Give us an MTC post Falls Creek report….

Nic Bideau: Well they will be up there for another 10 days or so I hope we can achieve more. But basically everyone we have had up there has advanced their progress in some way. Unfortunately Ross Murray will be leaving early because he has to return to the UK for a funeral and Ryan Gregson had to go to Wollongong to have his wisdom teeth removed and won’t return but all those still there will get quite a bit more work done.

Q: Very good. Who is the Melbourne Track Club currently made up of? And are there any missing from the Falls Creek camp (except Gregson and Murray)?

Nic Bideau: It’s a long list. I have people in Europe and the US getting ready for indoor competitions.There are 35 athletes I am working with in some capacity so I won’t name them all here. The ones up at Falls Creek now are Collis Birmingham, Ben St Lawrence, Brett Robinson, Eloise Wellings, Paul Robinson (Ireland), Mark Hanrahan (Ireland), Laura Crowe (Ireland), Mikael Ekvall (Sweden) Olle Wallerang (Sweden), Gen LaCaze, Zoe Buckman and Susan Kuijken (Netherlands) are the people I take full responsibility for there. Other guys such as two more Swedish guys Andreas and David plus Ryan Geard, Josh Wright and Kevin Batt have also been joining in the workouts so you can see there is quite a bit of critical mass there. I am going back next week but in the mean time a physio I have brought out from Ireland, former 1.45 800m runner David Campbell is keeping on eye on things.

Q: A very strong team. It seems as though the Melbourne Track Club has expanded quite a bit over the last few years? Re-wind back to say, 2008… the squad seems to be a lot bigger and stronger now? Was this always the plan?

Nic Bideau: It’s just the way it has evolved. It was set up to help Australian athletes and after 2000 evolved to focus on middle and long distance events. But regularly athletes and coaches from around the world ask to come and join us for a period. We have had Sonia O’Sullivan, Dave Campbell and Paul Robinson from Ireland, Mo Farah, Andy Baddeley, Julia Bleasdale from the UK, Bobby Curtis, Craig Miller and Jack Bolas from the US and Adrian Blincoe and Mike Aish from NZ come and join us for periods before and all have added something to the group so as everyone benefits. It’s very difficult to compete with the African runners without some sort of group structure like this and we have found that with this sort of international group of English speaking athletes who can all work well together we have a bit more of a chance.

Q: It’s very true and I’m sure it’s also great that you have some collaboration with the Oregon Track Club in assisting Lachlan Renshaw with his move there. Do you work with them in any other way?

Nic Bideau: Yes. We did the reverse there. I contacted Mark Rowland who had some athletes of a similar type to Lachlan that were not present in my group at the time and Mark welcomed him over to Eugene for several training stints that helped him improve. Even before that I sent Eloise Wellings to Alberto Salazar to work with the Oregon Project group back in 2008 when she was having a lot of injury problems to use some of the equipment Alberto was introducing back then to alleviate some of the stress from running on the ground.

I known both of them for a long time and apart from those two situations we have fairly open dialogue about training etc. You can always learn more.

Q: It’s great that you work together and I know that they also have some set-up in Teddington, England; your second home and the second home to many of the MTC members. How many months per year do you usually spend over in the UK?

Nic Bideau: We are usually in Teddington from late May early June to mid to late September. OTC also base there and of course Mo also has a house there so we tend to see a bit of them during those 3-4 months.

Q: It’s almost like it’s the African’s against the rest of the world with the power houses being OTC and the MTC. With several african athletes recently being busted for drugs, what are your thoughts and “inside information if you will” about this?

Nic Bideau: I only know what I read. You hear talk. But I try not to spend a lot of time thinking about that stuff. It’s out of our control nor is it something we’d ever entertain so we just get on with what we can to get people to improve naturally.

Q: To throw a few questions out there for fun: At the MTC yearly awards evening, who would win the following awards:
– The most likely to succeed in business after running
– Pisses you off the most
– Is most likely get married next
– Is the most mature and immature
– Makes you laugh the most

Nic Bideau: Not sure about business but if Ross Murray gets even a sniff of an opportunity to be some sort of celebrity tv star he’ll be gone.

No one really pisses me off – or they wouldn’t still be involved.

Next likely to get married is Andy Vernon – the European cross country bronze medallist from GB.

Collis is probably the most mature. Most immature – wouldn’t like to say but I know Brett Robinson enjoys being around immaturity.

None makes me laugh like Nick Bromley used to but Paul Robinson or Bobby Curtis probably have the best ear for a story.

Nic Bideau: I have advised several people to go to college in the US. Steve Solomon and Jordy Williamsz are two doing well there right now. I’ve also advised Anna Laman about going too. If you go to a good school such as Stanford or Villanova it’s a great option.

Q: Lastly, many people would love to hear your philosophies on training. It’s something you’ve written about here and there but it would be great to hear perhaps some of the biggest and most important lesson’s you’ve learnt in your time, in the coaches shoes.

Nic Bideau: I would say the best advice is what people find hardest to take. Keep it simple, run a lot, avoid getting injured and place consistency well above going hard. Beyond that be incredibly determined and really enjoy challenging yourself and the opposition once you are in the actual contest.