Home A Column By Grace Kalac Nervous wait ahead as Harris and Colreavy get first taste of qualifier... 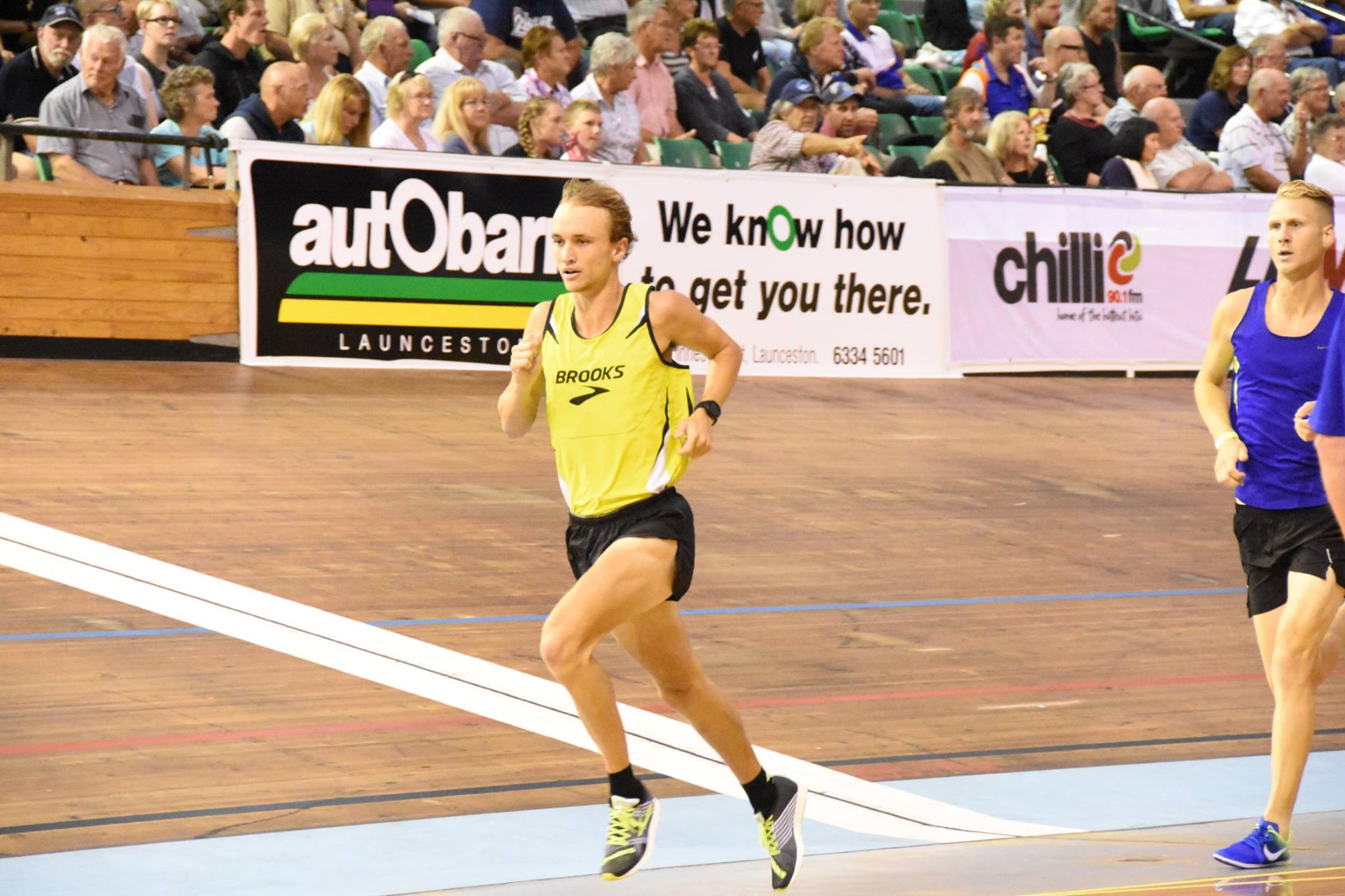 On March 5th, Australians Josh Harris and Jack Colreavy toed the start line of the Lake Biwa Marathon in the hopes of soaring under the elusive 2:19.00 World Championship qualifier. The elite-only race, known for its field depth, ideal temperature, fast course and professional organisation, was the perfect opportunity for both athletes to tackle the qualifying time.

The Lake Biwa course is renowned for producing successful Australian results, and this year was no exception. Both Harris and Colreavy dipped under the qualifying mark, clocking 2:17.08 and 2:18.32 respectively, putting themselves in strong selection contention for the 2017 London World Championships in August.

I can unequivocally say that I left everything out on the road today 😳😵. The last 7 km’s were an absolute battle but I stayed focus and got home with a 4:45 min PB and WORLD CHAMPS qualifier of 2:18:32 😱 Thanks to everyone for messages of support. A endless amount of gratitude to my coach @adamdidyk and @teamtemporun, my family especially @joannacubis for being the loudest person on the course, my sponsors @antcolreavy, Sandbox Media, and @isowheysports. It will be a nervous wait but hopefully I’ll be on the plane to London in August 😀 #marathon #worldchamps #run #athlete #dreams #goals #ambition #train

Commencing on an athletics track, the initial stages of the race proved demanding as athletes contested for prime position. Following a relaxed first 10km (32:42), just under the qualifying pace, the Aussies alongside Irishman Thomas Frazer, worked their way to the front of the group. The trio hit the halfway mark in a time of 1:08.53 and by the 25km point, had dropped a sub-16 minute 5km. Their projected pace steadily got quicker, and they continued working together until the 37km mark.

“At 30km I felt the best I ever had at that stage in a Marathon, and knew that I should run under the qualifying time. I increased the pace slightly with about 5km to go and held it together strongly to finish with a 2:17.08 and a 3:19 PB. My hard work in training paid off as I had the 3rd fastest split from 35km to the finish, and a solid negative split,” Harris said.

Both Harris and Colreavy credit the success of the race to the invaluable support of each other and Frazer for the most part of the 42.195 kilometres.

“It was really relaxing having Thomas and Jack in the same group though, and we occasionally chatted to each other and tried to keep each other relaxed and together,” said Harris.

“Jack and I have done a few races over the past few years over a range of distances from the Steeple to the Half Marathon, but in a sense it felt like we were helping each other on Sunday. Hopefully we both get to London, which would be great. I think he has massive potential at the Marathon, and to take 5 minutes off his PB was huge.”

“Josh was just much stronger over the last 5k and surged away in the closing stages. It was a well-deserved breakthrough from a guy who has worked so hard and consistently over the past few years,” said Colreavy.

Launceston local Harris has been self-coached for the past six years. Notorious for his high mileage training, Harris clocks up to 240 kilometres a week. While much of his training is undertaken solo, Harris jumps in with Launceston distance athletes Dylan Evans, Pat Smith, Jordan Tyler and James Hansen when he can. Alongside Hansen, Harris will be taking part in the Leukemia Foundation’s World’s Greatest Shave. You can donate to the cause here:

Each of Harris’ first four marathons proved experimental. Following each marathon experience, Harris evaluated and tweaked aspects of his training and preparation to create the perfect formula for Lake Biwa.

“Before Lake Biwa I planned to do a smaller taper. I can handle a big training volume and in the past I’ve felt like I’ve lost a bit of fitness off a more traditional taper. This time I still ran more than 200km in the 2nd last week and then started to ease it back fully in the final week. I felt great on race day so I think it worked,” said Harris.

A month-long stint at Falls Creek in January/February was crucial to Harris’ preparation in the final two months before the marathon, arriving back home just 17 days prior to the race.

“8 weeks out, I was definitely less marathon fit than I usually am, but I made the most of that 8 weeks, and ran between 210-240km every week in that period. I don’t think I had any soreness in that whole period. I’ve been really lucky with my progression of training over the years and have had no real injuries, which is the key to keeping consistent,” Harris said.

“Obviously running comes first, but I’ve always been able to balance both over the years and have made some amazing friendships. Australia are hosting an event in early May with Lewis Kent (Canadian, world #2). I’ll do that to promote and support my sponsors (Brooks + Van Dieman Brewing). I’ll probably also try to do one of the World Championships,” said Harris.

On paper, a five-minute personal best and a world championship qualifier in only his second marathon appears to be a textbook performance from Colreavy. For him, however, the Lake Biwa race was anything but perfect.

“I experienced multiple stitches and was hampered by hamstring issues in the last 10km. After the race I was sick as a dog from dehydration; it was such a stark contrast to my first marathon in Melbourne 5 months ago,” said Colreavy.

His lead up to the race, however, was flawless, and proved enough to carry him through the 42.195 kilometres despite the hiccups.

It was a move to well-known Adelaide coach Adam Didyk that transformed Colreavy’s marathon ambitions into a reality. He joined Didyk’s Team Tempo via correspondence in 2014 and hasn’t looked back. Their experiences of coaching by correspondence can be read about here:

“My marathon training continues to progress very well. I couldn’t fault it in the lead up to this race as I didn’t miss a day of training which is a credit to my coach, Adam Didyk, who is very good at setting an appropriate load for me based on my experience and ability. We also decided to forgo racing in this build-up to allow for better consistency and a more gradual build in volume,” Colreavy said.

Training by correspondence is a concept unfathomable to many. The flexibility, however, is particularly valuable for Colreavy, who owns an F45 Training franchise in Gosford on the NSW Central Coast, allowing him to balance his time between the two commitments effectively. F45 is a popular worldwide franchise offering 45-minute high-intensity circuit sessions.

“I do some of the [F45] workouts myself as part of my strength training, though I sometimes need to make a couple of adjustments to target areas more beneficial to a marathon runner,” said Colreavy.

Both athletes will not be undertaking another marathon attempt before the qualification period ends, with the turn-around time being too gruelling and unpredictable. Colreavy and Harris will spend the next few months in anticipation. Come July, it will be revealed if their Lake Biwa performances have been enough to cement their long-standing dreams of World Championship selection.

“If I get pushed out of the team, then those that have went faster will deserve it. I just have to rest up now and prepare as if I’m racing on August 6th unless/until someone tells me otherwise,” said Harris.

“I’m happy to focus on my recovery. Upon my return, Adam and I will discuss our next phase. I still have a lot to learn about this event and am confident that I can improve on my time in my next race,” said Colreavy.