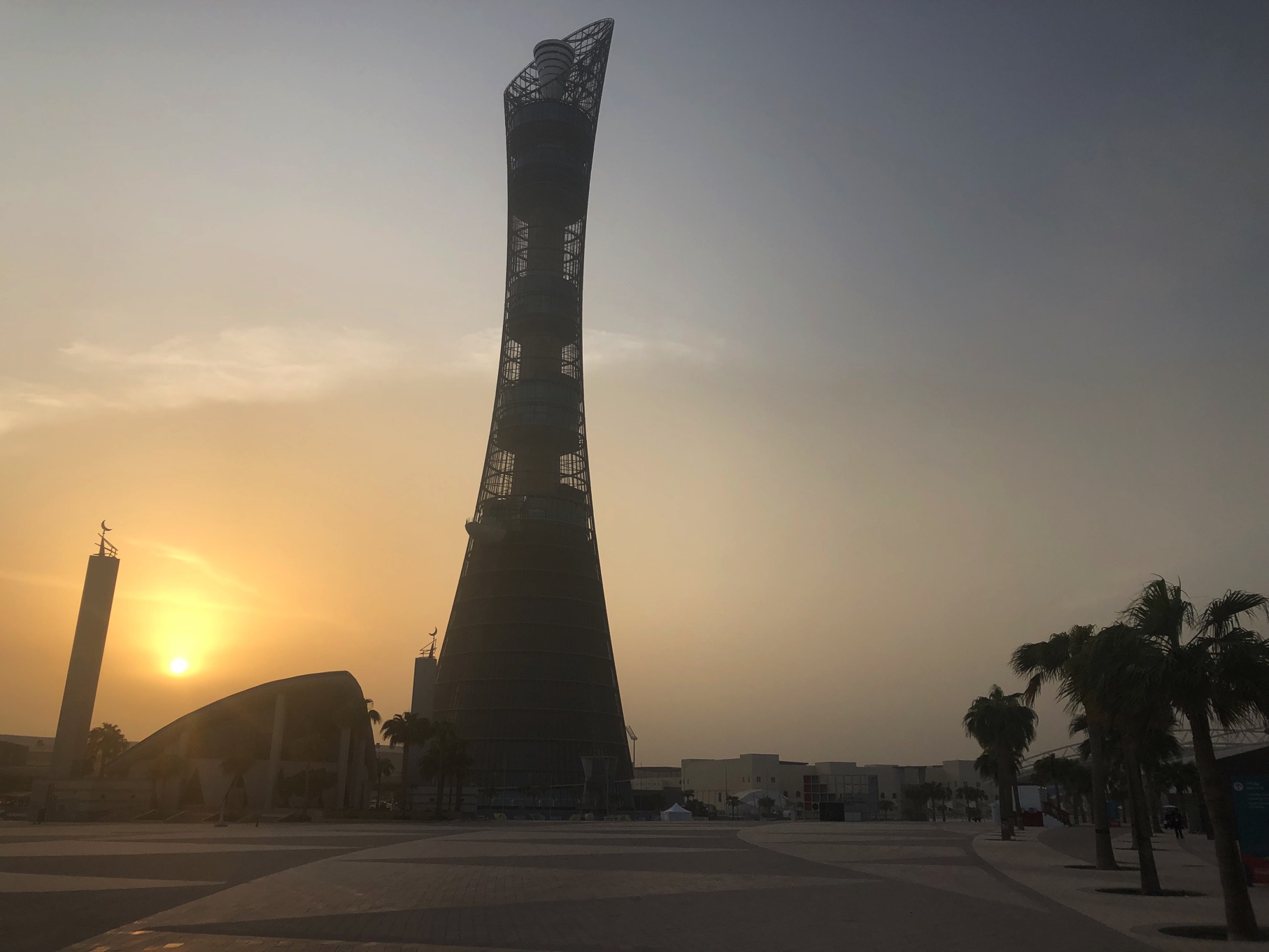 From the author: As we approach the pinnacle of track and field, I’m teaming up with @runnerstribe over the next fortnight to deliver a daily rundown of the 2019 @iaaf_athletics Championships direct from Doha, Qatar 🇶🇦 The Doha Diaries will delve into the day to day life of one of the richest countries in the world during the biggest athletics meet on the calendar.

After the longest wait for a major championship I can remember (530 days since the close of the Gold Coast Commonwealth Games), September 27 marks the beginning of the 2019 IAAF World Athletics from Doha, Qatar.

Booking a flight was made easy as basically only Qatar Airways flies into Doha. I did have a very brief thought of flying Etihad into Abu Dhabi and hopping in a car, but a five-hour roady along the Arabian Gulf just for a handful of Virgin Velocity points probably wasn’t worth it.

Apart from a spot where it felt like we dropped a few thousand feet in a second, the Lego Movie and Creed sequels kept me strapped in for what was a pretty smooth, enjoyable ride.

Doha definitely is more of a transition airport. Exiting a full A380, we hit the junction between baggage claim and transfers, and I think about 85% were off to another destination. Something that made the visa line an absolute breeze.

On the other side we were greeted by a ton of helpful LOC volunteers and a wall of humidity. I was bundled into a car with some German photographers, set radio to 105.7 Qatari FM and we hit the road to our hotels.

A Doha freeway is a whole different beast. Things like “lanes”, “blinkers” and “speed limits” seem to be more of a guide than anything else. Organised chaos. We spent our trip straddling two out of the three lanes and finished off reversing down a one-way street to find the hotel we’d already driven past once.

After a brief kip in my refrigerator hotel room, I set out to brave the heat and grab my accreditation before things got too hectic. Qatari Uber is definitely a 5-star experience, after a brief stop at the food mart from a giant bottle of water, Wahid from Pakistan got me swiftly to the track as we discussed his mates who now live in Australia and the horrible local driving.

Down at the accred centre I was met with ““Oh you’re from Australia. I love the Australian accent. I watch the YouTube Aussie reviews”.  Great to know Ozzie man reviews has made it to the Qatari accreditation centre. I grabbed my pass and swag bag and headed out to explore the Aspire Zone, where all the best Track and Field will happen over the next 10 days.

Met up with one of the many Australian officials working here in Doha and got a little trackside tour. Helen Roberts will be overseeing the video replay/Hawkeye which is now used to aid the officials during the champs.

The officials are staying in The Torch hotel, which is about 200m from the stadium and provides stunning outlook of the Aspire Zone. Looking forward to having a dip on the 19th floor pool which juts out of the torch and even gives a sneaky view of the track.

After exploring the Caesars Palace-esque Villaggio Mall beside the Aspire Zone, I was making my way out of the torch when I bumped into a friend who does a whole bunch of awesome media stuff for the IAAF. After saying G’day, there was a third person there who was facing away from as I approached.

I turned and said, “Hey mate, Matt Lynch”, extended my hand, he replied

Bloody hell, that was a shock. And he was an absolute legend.

After noticing I was Aussie, he got talking about Dave Culbert and the night he broke the World record. He was running around like crazy (as you do when you’ve just jumped 8.95) and Dave pulls him aside and goes “Mike, calm down. Carl still has two jumps left”

He apparently loved hanging with the Australians while on the circuit and asked even asked how Darren Clark was going. I mentioned his son just won the 100/200 at state and we replied “oh yea I saw that on facebook”

I honestly could have stayed listening to him for hours. Great to see a champion of the sport still super excited about athletics and all the levels of the sport.

And the comp doesn’t start till tonight!