Cathy Freeman is one of Australia’s most successful runners. She was also one of Australia’s most decorated Indigenous athletes. She was significant, both in terms of her athletic accomplishments, and also for the achievements she garnered as an Indigenous athlete. I watched her achieve her most prolific medal when I was just five years old when she won the 400m at the Sydney Olympic Games in 2000.

She began athletics when she was just two years old. She was coached by her step-father, and under his guidance, she won a host of regional and national titles as a junior in events such as the 100m, 200m, high jump and long jump. 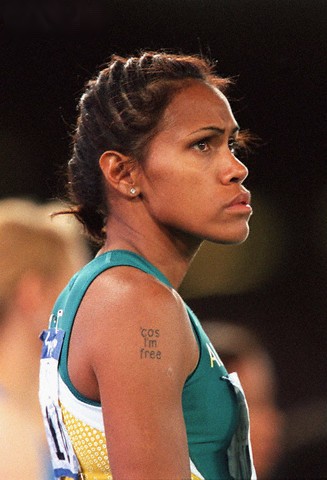 In 1987 she moved to Kooralbyn International School to be coached by Mike Danila. By 1989 she had run a personal best of 11.67 seconds in the 100m event. She was a member of the impressive Australian 4 x 100m relay team that won gold at the 1990 Commonwealth Games in Auckland. This performance made Freeman the first Australian Indigenous person to achieve a medal at the Commonwealth Games. She also won this Commonwealth Games medal when she was just sixteen years old.

The 1996 Olympic Games 400m race was one of Freeman’s most spectacular races of her career. She set an Australian record, running a time of 48.63 seconds. This time is still the sixth fastest time ever and the second fastest since the world record was set in Canberra in 1985. She finished in second place behind Marie-Jose Perec, who won in a time of 48.25 seconds. This is the current Olympic Record and the third fastest time ever.

The highlight of Freeman’s career was, of course, the 400m Olympic Title she won at the 2000 Olympic Games in Sydney. It was the race that stopped the nation. Despite all the pressures and expectations placed upon Freeman, she rose to the challenge and won the gold medal. She won in a time of 49.11 seconds, becoming only the second Australian Aboriginal Olympic champion. Due to this success, she carried the Olympic flag for Oceania at the next Olympics. 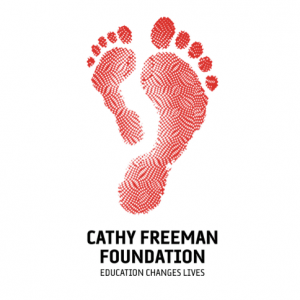 In 2002, she won the 4 x 400m relay at the Commonwealth Games. She announced her retirement from athletics the following year.

Cathy Freeman was one of Australia’s most prolific athletes. She achieved numerous accolades throughout her career. She is remembered not only for her talent and success as an Australian athlete but also for the success she achieved as an Aboriginal athlete.