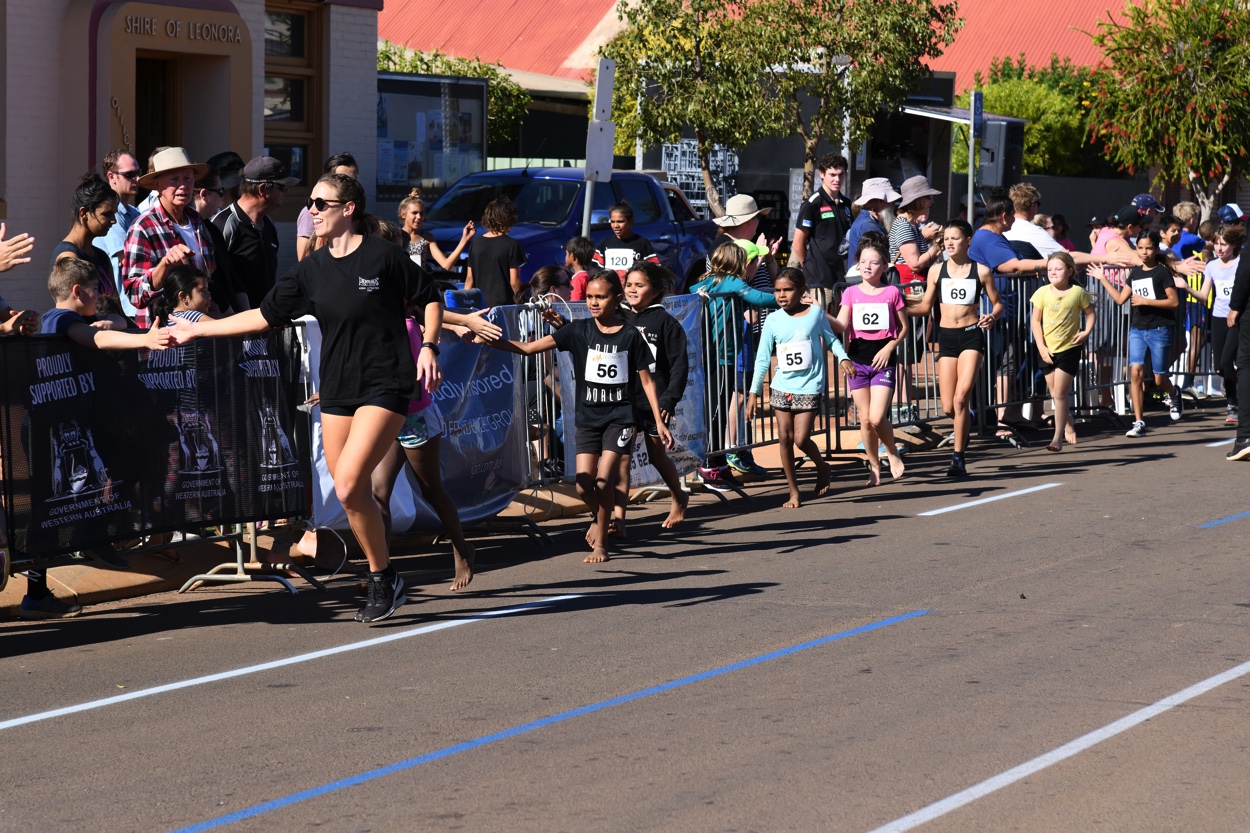 Kiara Reddingius is the hometown hero of the Leonora Golden Gift. Six times she has run down the main street to win the 120m race. Despite battling an injury that sidelined her from the recent Australian titles, this year she is aiming to taste victory once more.

However, after moving to the other side of the country to pursue her athletic dreams, the gift has grown to symbolise something more than winning. For Reddingius, Leonora has never felt more like home. When she returns in June to defend her title the entire town will be on her side.

“It is home. It will always be home,” she says. “Every time I come home the whole community supports me. The people have known me since I was little. I think the Golden Gift reminds everybody that we are a community and that we need to stick together.”

After years of toiling in the big smokes of Perth and Melbourne – far away from home – Reddingius is now a force to be reckoned with on the track. Three national heptathlon medals and four Australian university titles make her one of the best all-round athletes in the country.

This is exemplified further by her success on the lucrative pro-running circuit. A famous win in the historic Adelaide Bay Sheffield kickstarted a spree of victories, most notably in Bunbury and Ballarat.

“Pro-running has probably been my favourite part of my athletic career because [the] reward is in improvement,” she says. “If you can improve on where you once were then theoretically you should be in a good place to win… I love that.”

This thirst for progress has been evident ever since she parted ways with Leonora to attend high school in Kalgoorlie. As the years passed by, she secured all kinds of jobs, including as a geologist’s assistant in the mines, and riding horse for early morning trackwork. It was clear that she was tougher than most.

However, at the age of 22, she found her passion for athletics. After meeting coach Matt Barber, she was inspired to commence training. Within weeks she quit riding horses – and the 4:30am alarm – to focus on her new sport.

“My aim was just to do it for a year, do a few competitions, and see if I liked it – mainly to keep fit,” she says. “He (Matt Barber) kind of just looked at me and said ‘you should be a heptathlete’. I didn’t really know what a heptathlete was until later on when I remembered that Kylie Wheeler was a heptathlete.”

As an 11-year-old, Reddingius had watched Wheeler – one of the Leonora Golden Gifts first patrons – compete in the town. She even remembers listening to her at the school, something which would turn out to be a powerful moment. She believes that this program of interaction between athletes and school kids is the most powerful part of the weekend’s festivities.

“When I was a kid, I definitely enjoyed watching the athletes compete. When I was little, I always used to look at athletes and how good they were and what they were doing, and I always thought they were a different type of people. They weren’t just people, they were athletes,” Reddingius says. “But when they come back and they compete. When they visit the school, and you can ask them questions, you start to realise that they are just people too. They’re just people that work really hard and are really passionate. They deal with all these normal people stuff, but they’re following something that they really love and are passionate about. There’s nothing more important than that.”

After narrowly missing selection for the Commonwealth Games, her focus has now shifted to a drive for constant improvement.

“I’ve never been one to be like ‘I want to make the Olympics’. I mean you always want that, but when I started, I never realised I might be capable of doing that,” she says. “My goal is to improve, and I’m happy enough with that. I just want to keep getting better.”

Now working as a teacher, she knows how influential the Golden Gift can be. Returning every year, it is clear that it is one of the highlights of her season.

“It is very special to me. It has a very special atmosphere, and I think it’s just a good time to catch up with everyone.”

Having now cemented herself as one the all-time greats of the Leonora Golden Gift, there is one important question: what would you say to a kid growing up in Leonora today? Her reply is simple but symbolic of her own journey.

“Work hard at what you’re passionate about. Nothing’s every easy, but you’ll continue to surprise yourself if you work really hard for the things you want.”