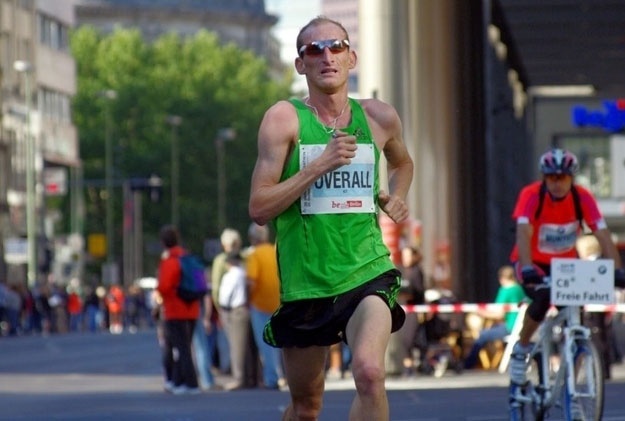 Q: Hey Scott, it’s great to have you on Runner’sTribe. To begin with, where are you training at the moment and with who?

A) I’m currently in Colorado Springs training for the London marathon. I’m here with Chris Thompson who is also running London, and we’re training together. It is a good set up here, neither of us had been here before but it is working out really well.

Q: With the London Marathon looming, are you taking a different approach to training in regards to your other marathons?

A) I am taking a slightly different approach to London this time round, I have never been to altitude before a major marathon before so that is new to me. Also I have never really had a training partner before in the build up, with the exception of Ben Whitby leading into my first one (Berlin 2011). I am hoping training with Chris here in the Springs will be beneficial to us both. I am also working with a new coach. So hopefully big things to come!

Q: Do you have a target time in mind?

A) I would like to run a PB at London as it’s been a while! To be honest if I don’t run well I’ll have to seriously consider my future in the sport, we can’t do this forever! Other things will have to take priority and it’ll be time to get a real job!

Q: What did you take away from the Olympic experience?

A) I learnt a lot from the Olympics, despite it being my worst marathon to date. I think going in I was over trained and pushed things too much during the race. I went there with the aim of running quicker than I did in Berlin. This was the wrong approach, the course and conditions were not set up for that. It was a championship race and I should of been more concerned with placing rather than the time. It was a tough way to learn, but it gives me motivation to put it right in Rio. Where it will be even hotter.. brilliant.

Q: You went to Butler University in the US on a athletics scholarships. Would you recommend US college for top international runner’s recently out of school and why?

A) My time at Butler was fantastic, probably got led astray with a few too many nights out, I’ll blame Gary Blackman and Ross Johnson for that. Turning up at my door with a case of beer… We all know where those nights a heading. The international athletes at Butler worked hard, and we got the job done. It gives students a chance to continue to be students but look to enhance their running careers. You have to take those opportunities because they don’t come around twice. If you are half thinking about going out to America to study, do it. The worst case scenario is you come home at Christmas. At least you gave it a go. You don’t want to look back and think “what if”. Obviously the choice of school is important, so speak to other athletes and see what they say. There is always a school out there that will be a good fit for what you want to achieve.

Q: Favorite movie at the moment?

A) My favorite movie at the moment would probably be one I watched just last week. Dallas Buyers Club. Based on a true story, it’s a good film. Not saying it’s the best film of all time, but worth a watch.

Thanks Scott and all the best for London and the rest of the year.