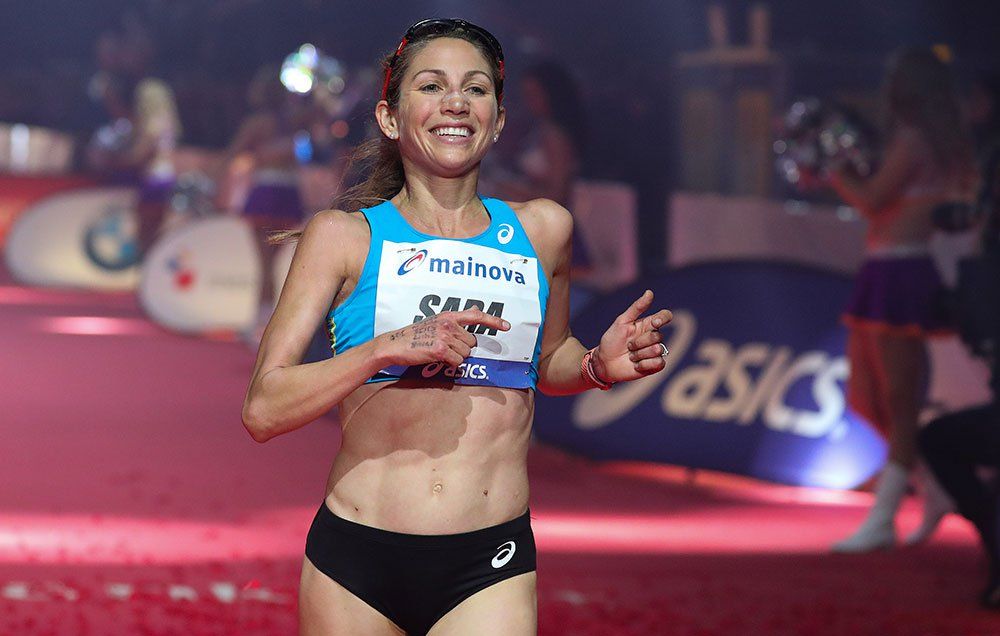 On October 12, 2021, two days after she finished third in the Chicago Marathon with a time of 2:27:19, American professional runner Sara Hall posted the following message on Twitter:

Suffered through my best training I’ve ever done.

Fought [till] the end.

Honestly, I really wanted to win this one. But I have to say “Mission accomplished.”

Can’t wait to do it all over again!

I like just about everything Sara shares on social media, but I liked this message especially. The attitude conveyed in her concise marathon postmortem is precisely the attitude I try to nurture in the athletes I coach. Simply stated, I believe that athletes should define success in ways that aren’t dependent on factors they can’t control. It’s clear that Sara did just this in the Chicago Marathon, and that’s why she was able to come away saying “mission accomplished” even though she fell short of her stated goals.

Many if not most endurance athletes have a hard time distinguishing success from goal achievement. I believe Sara Hall herself would say she struggled to make this important distinction earlier in her career. And, at the risk of putting too many words in her mouth, I think she would agree also that the distinction is indeed important. Athletes who focus only on what they can control and don’t worry about what they can’t control display a higher degree of mental fitness that enables them to race better and enjoy the racing experience more. For these reasons, it’s something every athlete should aspire to, and athletes like Sara help us get there by showing us how it’s done.

To be clear, distinguishing success from goal achievement is not a matter of lowering your standards and awarding yourself a ribbon regardless of what happens in a given race. Again, look at Sara. In making it her goal to win the Chicago Marathon, she was trying to do something no American woman had done since 2005. That’s not a low bar. What’s more, until the weather report put the kybosh on her original time goal, Sara was also aiming to break Deena Kastor’s American record of 2:19:36 for the marathon distance.

The very fact that Sara was willing to submit to the elements and modify her time goal is indicative of her ability to separate success from specific outcomes. Too many runners set their hearts so intractably on goal times that they insist on shooting for them no matter what Mother Nature throws their way. Unlike Sara, these runners view failure to achieve their original goal as their failure, regardless of whether its cause was within their control or beyond it.

The irrationality of this mindset is obvious, but the point I want to emphasis is that the same mindset is also harmful to performance. Athletes who allow their definition of success to depend on factors they can’t control experience more anxiety before and during competition, and anxiety harms performance. These same athletes are also more likely to lose motivation and stop giving their best effort when they see their goal slipping out of reach. Hence they cannot, as Sara Hall could after Chicago, say they “fought till the end.”

If you like games of chance, there are many great options to choose from. You could, for example, play the lottery, bet on horses, or shoot craps. But if you’re more interested in being the best endurance athlete you can be, then you should follow the example of the athletes who actually do succeed in being their best and eliminate chance as a determining factor in your successes and failures. What does this mean? It means that, regardless of what your stated goals may be, you judge your performance by asking yourself two questions: 1) Did I make good decisions? and 2) Did I try as hard as I could?

If the answer to both of these questions is yes, then you succeeded, whether or not you achieved your stated goals. And by the same token, if your answer to either question is no, then you should be disappointed in your performance, again regardless of whether you achieved your goals. I assure you, this is how all great athletes think, not just Sara Hall. If they achieve a race goal but finish knowing they could have gone faster if they’d made better decisions or dug deeper, they come away disappointed. And if they fall short of a goal because the race takes place in a nor’easter and their shoe falls off halfway through and then a dog runs onto the course and bit their ankle, yet they overcome all of these vicissitudes through good decision-making and sheer effort to salvage a performance that truly is the best they could possibly have done considering everything, then they come away satisfied, perhaps even proud.

Of course there is going to be some sense of disappointment when factors beyond one’s control conspire to put a goal beyond reach. This is only human. Sara Hall makes no attempt to hide her regret in her tweet. But this hint of bitterness is vastly outweighed by the satisfaction she takes in having done everything she could to be the best she could be and to have the best possible experience, both in preparing for the Chicago Marathon and on race day. Be like Sara!